A guy recently bought me his Android tablet and he wanted me to download a few TV programs on it, like The Jefferson’s, Three’s Company and The Cosby Show. I found a few episodes on-line and plugged his tablet into my computer expecting to see the drive inside the tablet and his Micro SD card to show up as removable drives on my system.

So I waited… and waited… and nothing. I could see the tablet charging but it was not displaying on my computer. I got in touch with him but he doesn’t have any cables. He has one of those Micro SD cards, but I don’t have any adapter to hook it up to my computer. Guess what my next purchase on eBay is going to be.

I went on-line to see what might be wrong; I know I did this before. It was brought to my attention that some cables are just for charging. I looked closely on the cable that I had. There was a label sticking off, and guess what it said: 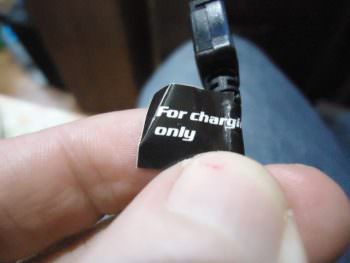 So now I had to dig through my storage pile of junk and see if I could find one with the right plug-in. I kid you not when I say I have about 50 USB cables. I have a bad habit of buying bags of wires and stuff if I get a chance at a yard sale and an even worse habit of not throwing stuff out if I think it might be useful. 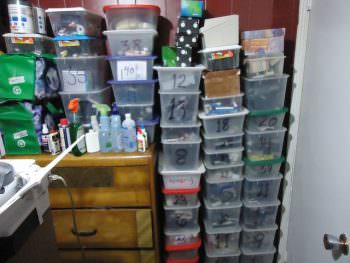 Anyway, a few hours of searching and I finally found one that worked. Sorry, no screen shots available. My computer now showed the internal storage on the Tablet and the Micro SD card as removable drives. I created a folder on the card named Media and copied the downloaded videos to it. That’s it. All he had to do then was open up an App called Filebrowser, click on the SD card, click on the Media folder and click on whatever video he wanted to play. It was already set up to run VLC.

1 thought on “How To Fix Android Not Displaying Storage – Windows”