We’ve seen lots of appearance changes and innovations introduced with each new Windows operating system but one thing has remained constant throughout, Command Prompt. The basic black and white design has been carried on through each Windows iteration and, while it’s not something users would run very often, it wouldn’t hurt to “cool” it up somewhat. Command Prompt’s default font size can often make the text difficult to read too, but this can all quite easily be changed:

This will open up a Properties windows with 4 tabs across the top – the three we are most interested in are the Font, Layout, and Colours tabs. Under the Font tab you can change the size and style of the text as well as making it display in bold. Very handy for those of us whose eyesight isn’t what it used to be: 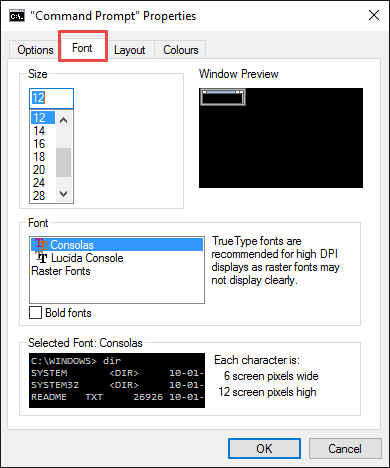 Under the Colours tab you can change the background colour and text colour, as well as a few other less significant changes: 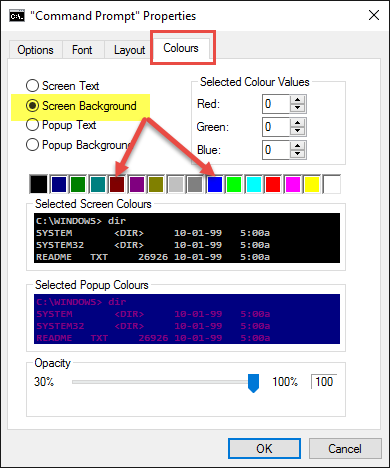 Simply select the item you want to change (such as Screen Background) and then click on a colour from the colours bar: 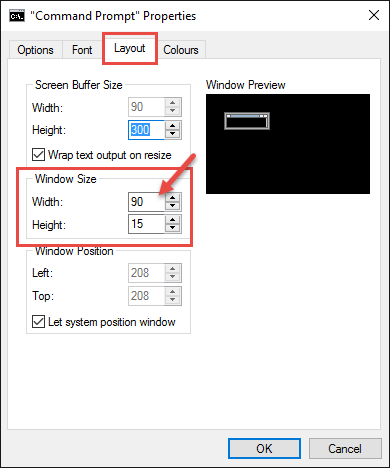 Just increase the “Width” and “Height” values to make the Command Prompt window display larger. When you’ve finished customizing, instead of squinting at the rather small and mundane default Command Prompt, you’ll end up with something like this:

Way more cool, but most importantly, a heck of a lot easier to read.

4 thoughts on “How To Customize Command Prompt”