This guide relates to Windows 7 and Windows 8/8.1, access is slightly different but the procedures from there on are identical. 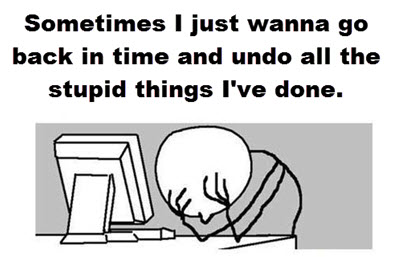 System Restore was first introduced in Windows ME as a solution for otherwise unresolvable system malfunctions or other issues per medium of restoring a snapshot (sort of) from a previously known good condition. However, in those early years it was not terribly reliable, even in XP it was still pretty much a hit and miss proposition. Microsoft has subsequently improved the feature with each new version of Windows until System Restore has now become a very reliable method of recovery.

System Restore points are automatically created with each new Windows Update, and prior to some software installations, where supported. In earlier versions, system restore points were also automatically created each 24 hours (provided none had been created in the interim), but in the most recent versions of Windows this time frame has now been increased to one week.

I have always maintained that it’s a good idea to manually create restore points prior to any significant system changes, such as installing new software, or running cleaning/tweaking/optimization type software. It’s a bit like when the police are heading into a risky situation, what do they do? Call for backup. Perhaps not such a good analogy, but you know what I mean.

In both Windows 7 and Windows 8/8.1, System Restore can be accessed via Control Panel —-> System  or right click Computer/This PC and then click Properties. 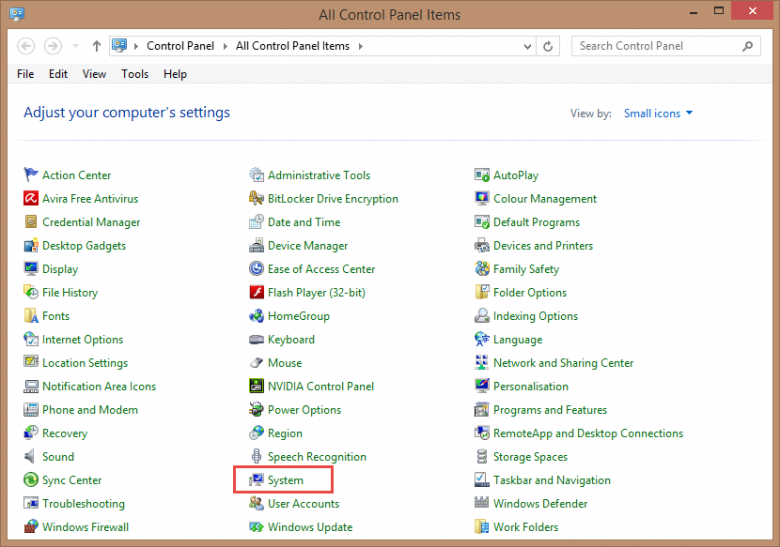 Additionally, in Windows 8/8.1 – bring up the “WinX” menu by either right clicking in the bottom left hand corner of the screen or simultaneously pressing the Windows + X keys, and then click on System.

From here, within the “System” window, procedures are identical for both Windows 7 and Windows 8/8.1. Simply click on the System Protection link in the left hand column to access relevant System Restore settings: 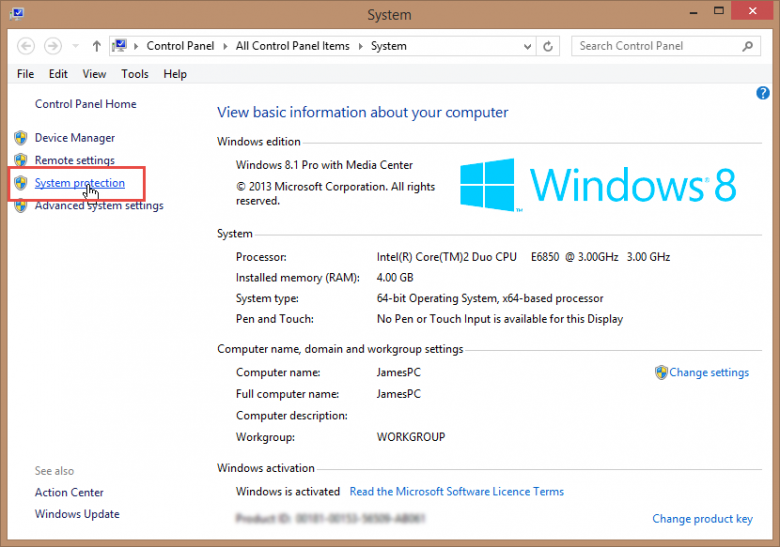 This then takes us to the “System Properties” window: 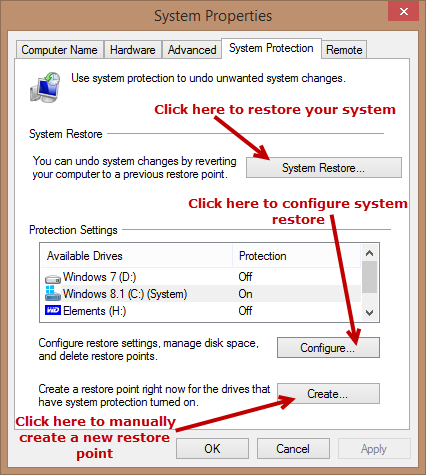 As you can see from the above screenshot, this “System Properties” window includes buttons which lead to restoring the system, manually creating new restore points, and configuring system restore (including turning System Restore on and off for each connected drive).

This is my main machine which includes both Windows 7 and Windows 8.1 installed on separate internal hard drives in a dual boot scenario. I am currently working within Windows 8.1 so that is why System Restore is turned ‘on’ for that operating system and ‘off’ for Windows 7. Were I to boot into Windows 7, the converse would apply. The third drive listed is a connected external USB drive which I use for data backup.

Clicking on the System Restore button provides access to a list of all saved restore points from which you can then choose to restore the system to an earlier time: 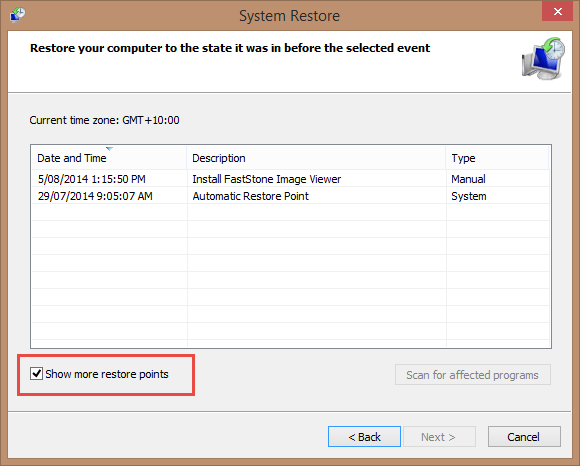 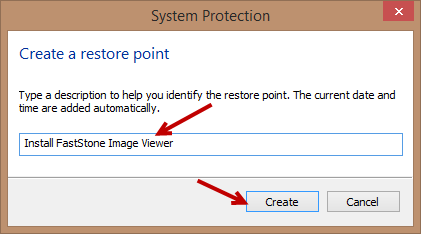 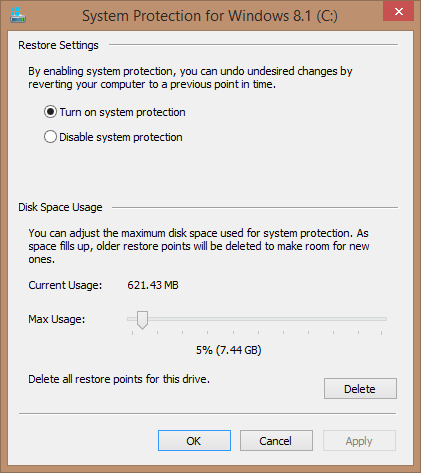 By default, Windows allocates between 3% and 5% of total drive capacity to store system restore points. In my case, utilizing 5%, the Window 8.1 drive is 148GB total capacity equating to 7.4GB set aside for System Restore. However, those users who are running out of free disk space can reduce the amount allocated for system restore simply by moving the slider to the left. Conversely, those who have plenty of available free disk space can force Windows to save more restore points by moving the slider to the right.

Remember, the more space allocated = the more system restore points that will be saved. For those users who do not tend to create image backups, I’m always an advocate for “the more the merrier”, especially where available free disk space is not an issue.

When Should You Use System Restore?

Even though System Restore has now evolved into a reliable recovery method, I still advise using the feature sparingly, preferably as a last resort rather than first response. There are a lot of common issues which can be quite easily resolved with a little research, and you’ll generally learn something along the way. However, when all else fails, it’s reassuring to know that System Restore can come to the rescue.

8 thoughts on “How To: Access, Use & Configure System Restore”