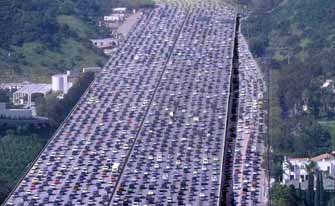 A few months back I was reading about Google’s experiment with a computer controlled self driving car. It had me thinking though about something I’ve wondered for a long time now: why don’t we already have this in the works? 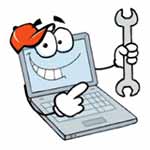 We have computer controlled traffic lights, managing traffic and flow to make sure there are no hold ups and no (or very few) jams. We have computers tracking all of the systems in our vehicle – so much so that at this point you more often then not need a computer tech and not an auto mechanic to fix your vehicle. 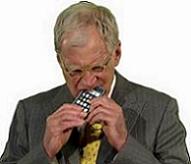 So why do I still have to drive my car? Why do I need to be involved in this process? I want the simplicity of getting into a vehicle, telling it where I want to go, and then playing games on my phone until I magically arrive at my destination.

Let’s imagine this world of the future (that should be here today). Computer controlled cars may sound scary at first, but keep in mind that there will be very smart people focused on making this work. There will be entire departments dedicated to making this happen. Where will the money come from? I’ll get to that. 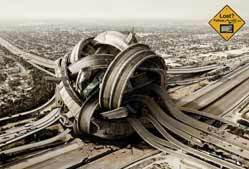 We have millions of miles of roads in the world. Some are two lane country roads, some are ginormous 20+ lane highways. In my vision there are only two lane roads. Why would you need more? The computer keeps everyone moving at the same speed.

Traffic lights? Gone. Stop signs? Who needs ’em. Speed limits? What are they? The computers will have everything timed such that no intersection will ever be too busy, or will ever need traffic control. Why stop a car when you’ve spaced and timed them so no two are in the intersection at once? Think Wall-E (although without the cool looking robots) where the systems route around problems altogether. The disabled will now be able to get around on their own.

If we’ve gotten to this point, let’s go one further: a combination of solar power and invective power will mean these vehicles will be all electric and will no longer need fuel. I’d accept higher taxes to never need to buy fuel again (today at least, in 10 years I’ll gripe about taxes and forget what I have instead). 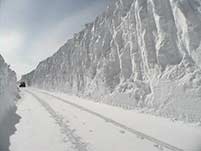 Better yet, we can eliminate the need for snow plows and salt trucks (everyone north of Kentucky will understand this) by replacing individual roadside vehicles with rail run vehicles. Put everything on the rail, run the current through it, and no more need for power.

We can remove the barrier to entry for people by removing individual ownership of vehicles. If all the transportation in the world is run and owned by the government, all you do is step outside and one arrives for you (thanks to the handy call panel installed into your home). No more maintenance, no more fuel, no more traffic problems, no more worries.

Say good bye to most robberies – getaways are harder when you have to go on foot. Thanks to the reduction in police force that comes with fewer robberies and no more drunk driving, illegal drivers, expired license plates, or car accidents – this system will pay for itself. Not to mention, the ‘government vehicle tax’ will add to the coffers.

So… again, I ask, why do we not have this in place? Put me in a utopia where I can sit and eat my bagel and play games on my phone until I arrive where I’m going. This is the dream. It’s either this… or give me my flying car.