Dumbing down — the deliberate oversimplification of intellectual content in education, literature, and cinema, news, video games and culture

This is precisely what Playground Games, creators of newly released Forza Horizon 4, in cahoots with their masters at Microsoft and Turn 10 Studios, have embedded into their acclaimed and long awaited arcade racing game. The gaming community — or at least those of us who were born before 1995 — is up in arms, with this new and politically correct direction that the Horizon series of games looks destined to follow. 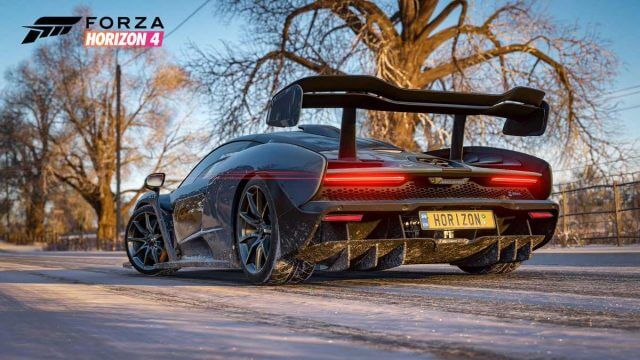 The New Kid On The Block

Let’s start somewhere near the beginning. A couple of years ago I bought Forza Horizon 3 and I was blown away by the sheer quality of the game, not only graphically, but more importantly the car racing, the choice of cars, the stunts, the vast map of Australia, and the feeling that the prime focus of the game was tearing around the lush scenery and winning races. There were wheel-spins where you won cars and cash, and if you came last in a race, this was reflected in the rewards, or lack thereof, which made you want to try that little bit harder in the next race. There were avatars of course, and as the driver you could choose which avatar you were to be in the driving seat and that was that. I cared not one jot what I looked like as a driver and frankly, once you’ve chosen some dumb-ass Sims-like character, who cares anyway once you’re behind the wheel? Racing games are not first or third-person adventure games; in fact, you can’t even get out of the car to look around and any spectator simply wants to watch you careening over impossible stunt jumps, drifting through corners and defying the laws of physics as only a great video game can do. In effect, once you’d chosen your silly avatar, you simply jumped in the car of your choice and zoomed off over the horizon, instantly forgetting what you looked like inside the vehicle. 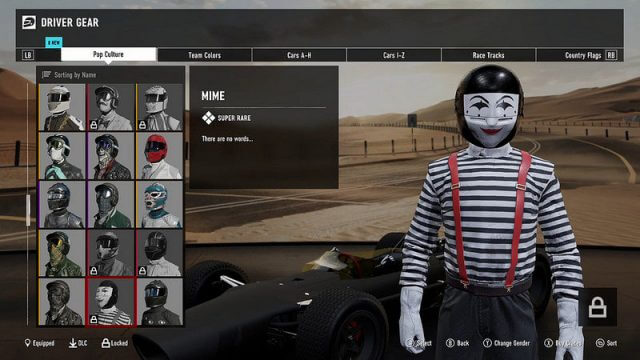 Enter Forza Motorsport 7 (FM7) and avatar customisation is in your face with purchasable prize crates for creating dumb looking characters that you’ll only see once before the race and once afterwards. Okay, it’s all a bit of fun one might say. But when the emphasis of a racing game focuses on avatar characters in games which don’t follow any story line whatsoever, there’s a danger of losing focus of the real purpose of the game, which is racing. Even more dastardly was the introduction of loot boxes and micro-transactions in FM7, sometimes known as pay-to-win, where you hand over real money to improve your chances of winning a race. But that’s not the point here and I digress. Enter Forza Horizon 4 on 2nd October and I for one was eager to get behind the wheel, having already pre-ordered the game, eagerly counting down the hours for the game to be unlocked (yes, I know).

When the Forza Horizon 4 demo was released a few weeks ago, not to mention the spectacular trailers in the intervening months, we were all mesmerised by the action, the wonderful British scenery  and the variety of cars on offer — including a James Bond pack (£7.99). What wasn’t emphasised in the demo or trailers was the fixation the “devs” seemed to have on emotes and avatars.They made no reference to this whatsoever. 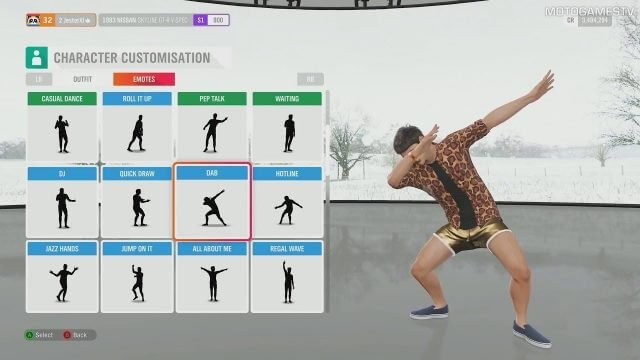 On starting the game you’re given the option of choosing your character, their outfit and what kind of emote you’d like them to use on the podium and you quickly realise what direction your new game is going to go in. Added to which, the characters on offer are so devoid of any interesting traits or real world association that I ended up choosing a blonde bimbo who I could never imagine winning any races at all, just to be awkward. 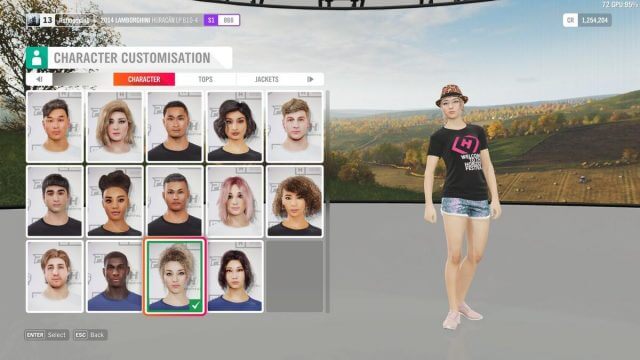 But hey, it’s all a bit of a laugh, isn’t it? Isn’t this the kind of rant which is reserved for grumpy old men who still think Abba and The Beach Boys are cool? Possibly. However, once I’d chosen my dumb-ass avatar I mistakenly felt content that I would never have to see the idiot again. But no, at the end of each race my blonde bimbo emote dances around the podium and worse still, I’m forced to watch it all and I die a little inside, whilst stabbing my eyes with pointed objects. Has one of the best arcade racing games really come to this? I’m afraid so.

I do have a suggestion, though. If you’re going to offer a choice of avatars, at least make them interesting as they’ve done in Fortnite and not the bland rubbish on offer in this game. Here, take a look at what Epic Games offers in Fortnite. 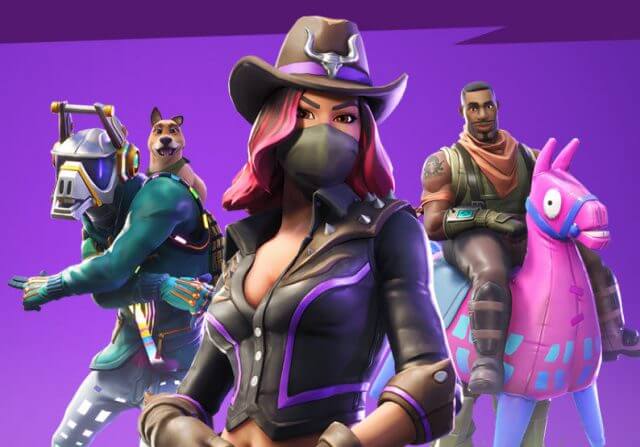 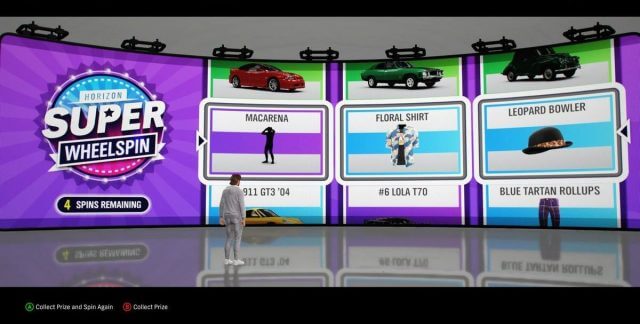 During the game, and depending on your racing success, a wheelspin will appear, where in previous Horizon games you would win cars or cash (credits), but in Forza Horizon 4 you can win floral shirts, tartan trousers, hats and emotes to improve your so-called Horizon Life. When I see the wheelspins now, I curse Playground Game’s pandering to this millennial ego-stroking in some very colourful Anglo Saxon, but of course no one’s listening to a grumpy old fart like me.

Even Losers Are Winners In Forza Horizon 4!

There was a time when winning was everything and being competitive was encouraged. Today, and not just in video games, this is not encouraged as the poor little devils who didn’t win would probably throw their toys out of the pram, just like I’m doing now. In previous Forza Horizon games, if you came last in a race your rewards were quite pitiful and justifiably so. The whole point of racing is to win the race, or at least get yourself on the podium, so that you can win cash (credits) and XP points to increase your ranking and status within the competition. Lamentably, I’ve had one or two quite atrocious races so far in FH4, coming last two or three times and was gobsmacked to find that I was rewarded with only 1000 less credits than if I’d actually won the race. In fact, the post race announcer declared that hey, I may not have won the race, but we’re all winners darling, pandering very nicely to my faux-millennial sense of entitlement. In the race indicated below I intentionally slowed down in order to come last, which I did– 12 out of 12 in fact, but I was still rewarded with a bucket of credits I surely didn’t deserve. 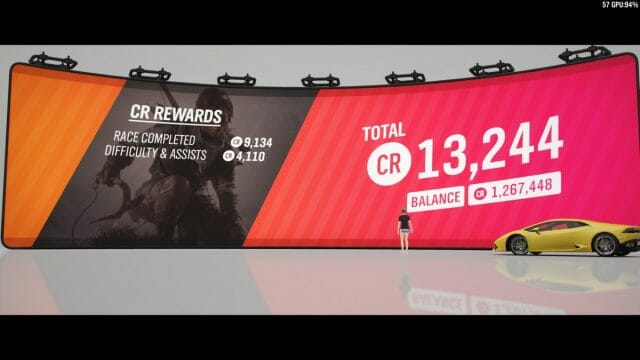 I can’t help feeling that Playground Games wants us all to feel included, regardless of whether we win or lose and I can only hope that in future updates or DLCs, they up the ante and slap a more competitive edge onto the game as they did in Forza Horizon 3, particularly the Hot Wheels campaign where you needed to reach a tier of goals in each race to become the champion. 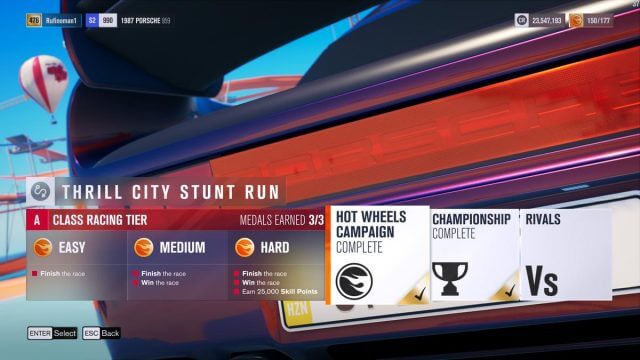 In conclusion, I don’t expect Forza Horizon 4 to be tweaked just to please a minority of grumpy old men like me who don’t care for cartoon avatars and even less, emotes, bling, and crappy clothing. So, as I play the game, perhaps I’ll have to pretend I’m not dressed in a chicken outfit or as an Essex blonde bimbo and just chill out.

Oh, and by the way, I’ll be penning a more comprehensive review of Forza Horizon 4 in the near future since, despite the failings mentioned here, it really is a stunning game and Britain has been recreated in such detail that I’m almost homesick when I drive through those rolling hills and Glens, but first I need a lie down if you don’t mind.

3 thoughts on “Forza Horizon 4 – A Dumbed Down Overview”