I’ve just gone through a long (almost 2 weeks) and frustrating period trying to install the Windows 10 Anniversary update. I tried every suggestion and potential solution mentioned across the web, including plenty from Microsoft MVPs, all to no avail. The details can be viewed in a previous article here: Can’t Install the Anniversary Update.

In my case, installation kept failing at around 75% following the second restart with the following error message:

Fellow DCT team member and friend Richard Pedersen was convinced this error was associated with drivers, and the consensus among a number of tech experts also backed up Richard’s theory. However, I had already manually gone through the entire list of items in Device Manager, clicking the driver update button and updating all where Microsoft identified new drivers were available. A total of 6 drivers were identified and updated but the Anniversary Update still failed at exactly the same point with exactly the same error code.

Then several days later, just as I was about to concede defeat and clean install, I happened to come across a freeware called Driver Booster from IObit. Now, I am not a fan of the IObit software company by any means nor am I a fan of driver update software in general, but the description for this particular freeware sounded like it might be just what the doctor ordered. So, I decided to give it a try. 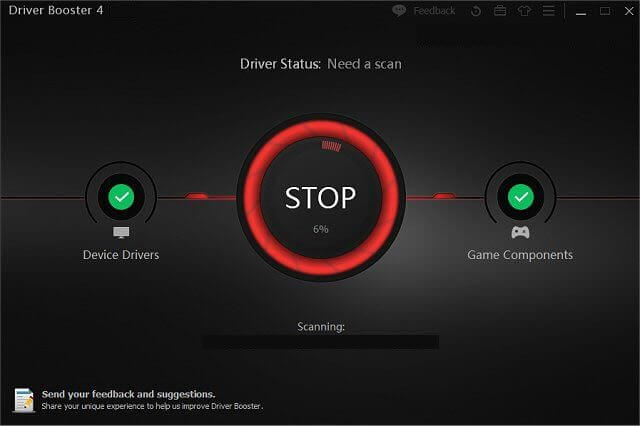 Automatically get recommended drivers and updates for your hardware with Driver Booster 4. With a 200% larger online database, Driver Booster 4 is the best driver updater software that can automatically scan & fix over 400,000 devices and PC drivers provided by more than 5,000 companies.

At first run, Driver Booster automatically scans for any outdated drivers (creating a restore point beforehand). In my case it identified 17 drivers for which newer versions were available. I clicked the Update Now button and all 17 drivers were downloaded and installed automatically in a little over 15 minutes. Hopeful but not confident, I then proceeded to install the Anniversary update once again and, much to my surprise and relief… success!!

So, if you find yourself in the same position with the same error code, I strongly advise running Driver Booster and letting it update your existing drivers, then try the Anniversary Update installation again. Make sure you install in Clean Boot mode.