A few years ago, if you Googled Facebook suicide you’d more than likely come up with a page full of results showing you how to delete your account and wander off into your own private world of freedom. But not today; today the result is real suicide, which has nothing to do with the tongue-in-cheek way we used to describe bombing your Facebook account. 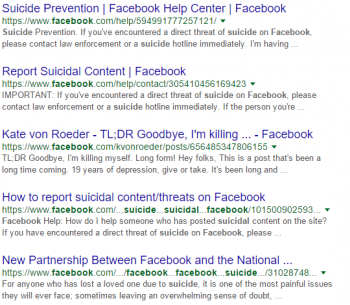 However, I’m not referring to the very serious and heartbreaking matter of ending your life in the real world and using the social network as some kind of scaffold, but it’s clear that Facebook and other social media can easily get their claws into us and before we know it we’ve become a slave in some kind of weird role reversal game, much like an alcoholic becomes a slave to the booze. 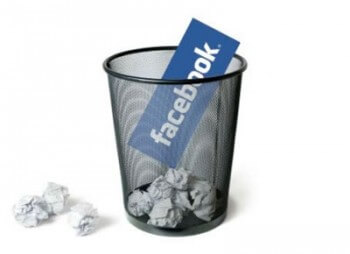 And that’s the question isn’t it? Are you a man or a mouse?

I opened a Facebook account in 2007, simply because I was curious and wanted to see first hand what all the fuss was about. Before long, the floodgates opened and I was posting all kinds of nonsense willy nilly, liking posts of kittens and grannies and uploading 80s rock videos from YouTube in the wee small hours, lubricated quite nicely by several jars of vino tinto. About a year later I suffered an epiphany moment, posted a soliloquy of all that was wrong with Facebook and was then faced with the choice of either deleting or deactivating my account.

If you’ve become disgruntled with Facebook you have two choices; either delete or deactivate your account. Alternatively, you could just leave it as is, ignore it, cancel all notifications and just leave a skeleton; but can Facebook really be ignored? I was faced with that dilemma when I decided to jump ship, but when I saw the notice in the image above, I had one of those lip-biting moments, followed by a bit of soul searching and finally some limp backpedalling. 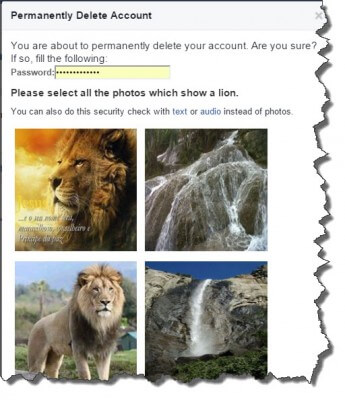 Once you finally hit DELETE, you’ve pretty much nuked your Facebook account, although you will have a grace period of 14 days to repent and if you don’t, Facebook will retain some insignificant bits and pieces for about 90 days, after which you’re history. I found the nuclear option a little daunting and clearly didn’t possess the ample cojones required, so decided on the soft option of deactivating my account instead, pussy that I am.

I can’t imagine that Napoleon was in the habit of burning his bridges, so deactivating your account is a neat way to take a sabbatical from Facebook for as long or short a time as you like. Some people decide to go quietly, but in my case I left the aforementioned statement which was received with about as much importance as a flea on the back of an elephant. I mean, who cares if you leave Facebook? 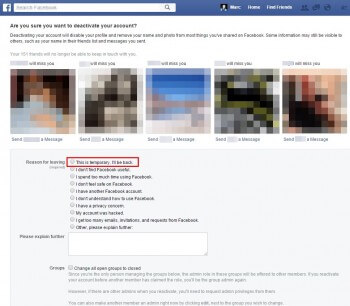 Whilst I felt neither relief nor anguish at putting my Facebook account to sleep for a year, there were times when I was tempted to share a special moment with friends and family, but they passed without incident and I was grateful for not having signed up for Twitter, Instagram, Pinterest or any other attention seeking device and simply sent the odd photo to whomsoever I thought may be interested, by way of that terribly old fashioned medium known to those who remember it, as email. I even began to email newsletters, recounting my rather dull and undramatic life in Argentina, with the advantage of knowing that I was sharing it with a select few rather than the entire ungrateful planet.

So how was my year in the wilderness? Not the purgatory I was expecting to be honest and since my triumphant return to the Facebook fold, I’ve created two groups, joined and left countless others and physically reunited with old friends in England that I might otherwise not have done thanks to Facebook. I still only have 151 Facebook friends (my daughter has over 600) and my view of Facebook has altered since my return, in that it’s a much richer resource than I had previously thought. In fact, as I type this I’m helping to organise a barbecue for a group of expats in Buenos Aires who’ve been banned from a high profile expats forum, some of whom I’ve met but most of whom I haven’t. There are loads of features of Facebook that are incredibly useful, such as events, groups (which tend to attract little Hitlers), polls, check-ins and a host of other stuff. A bit like breaking up with your girlfriend maybe; making up is the best part, at least according to the song.

So I appear to be a born again Facebooker, how about you? Would you or have you nuked your Facebook account or do you consider Facebook suicide a step too far?