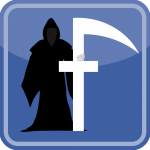 Continuing from our last chat about When the curtain comes down on your digital life my ole mucka Jim Hillier drew my attention to the fact Facebook now offers a “legacy contact” in which you can nominate someone to look after your Facebook page once you’re “gone”.   Please do be aware this is a relatively new development for Facebook, therefore it may not yet be available in your country.

Now, far be it from me to sound disrespectful, and it might just be me, but I’m really struggling to think of a reason why someone would want to add a dead person to their Facebook friends list?!. If someone wasn’t “friends” with a person before their death, why would they possibly want to “friend” them after their death!?. It wouldn’t even appear to be a mark of respect either, in fact quite the opposite surely – it takes them to actually die for someone to want to “friend” them?!.

I know there could be circumstances where that may be appropriate but I’m sorry, I just can’t help have a chuckle at what Facebook will allow you to do sometimes and then in the next breath tell you they will keep that video of a beheading up because it depicts “the real-world we live in”.   I’m guessing the same guy who thought people will want to “friend” a dead person must have made the rules regarding inappropriate content too. 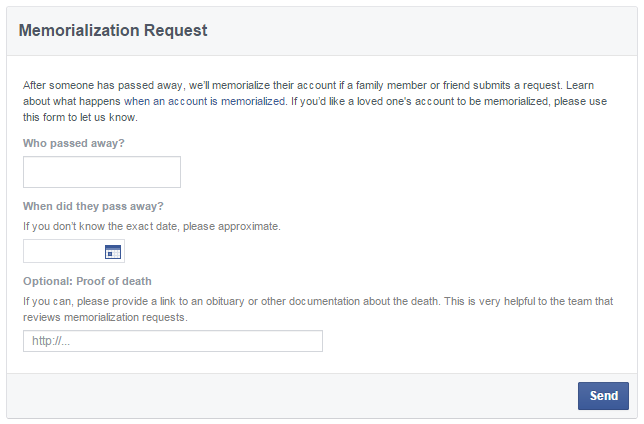 I digress! …. You can also choose to have your account deleted outright after your death, and having seen a whole host of Facebook posts in my time I’d say that course of action would likely be best for a lot of folk.   Of course, all these options are subject to Facebook being satisfied the subject has actually passed away and details they ask for include the name of the deceased, their date of birth and some proof of an obituary or other documentation available on-line to prove the person’s death, although why it has to be on-line and the potential security implications of doing such are staggering to say the least!.

But having read a little more into the subject, there is a slightly darker side to being able to access someone’s data after their demise and sometimes it’s not always what you anticipated, particularly when dealing with social media or private messages.   For example, I read about a few people who lost children to various cruel diseases and after they gained access to the private data of their deceased loved one they actually found disturbing material of their thoughts and content that they would rather have not known about, including thoughts of self harm and suicide, and despite the best efforts of the family it was clear the affected individual was in a very dark place.   Similarly though, it’s been found that some young people have taken their own lives before because of on-line bullying and it is imperative that in those circumstances family, or at least officials, have access to someone’s data after their death to bring the perpetrators to justice. 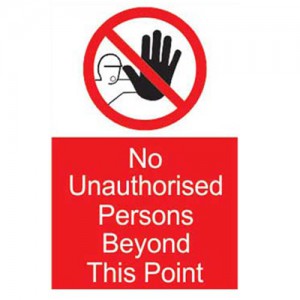 Having said all of that, it’s obviously down to each individual on how they wish their accounts to be conducted after their demise but sometimes it can prove tricky for family or friends to administer accounts, even with the correct usernames and passwords. Recent cases have shown that family members have been locked out of the accounts of deceased loved ones after the account providers learned of the demise.   The account providers have then warned the families or friends that it is the “account holder” only that should have access to the data and people have even began raising legal actions to recover data or emails, etc but it very much still remains a hit and miss affair, with some courts ruling in favour of the families and some in favour of the account providers. Until there is some clarity, unity and further thought put into the entire affair, it would appear that the best and most sensible thing is to administer a loved one’s account as quickly as possible, get the data you need fast and either let the account go or rest assured that you already have what you need.