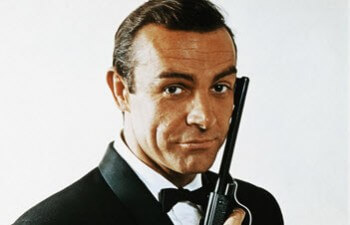 Who would have thought, way back in the early 50s when Ian Fleming started writing his short novels about super spy James Bond, that he was introducing a legend to the world, a name which would go down in the annals of cinematic history. When I was a mere lad, I purchased and read every single James Bond book, and they still form a part of my library to this day.

Sean Connery remains my favorite James Bond, the original and the best. I always thought Roger Moore was a tad effeminate for the role. I did enjoy Pierce Brosnan’s 007 however and quite like Daniel Craig in the role – although, the more recent Bond movies have forgone much of the fun and tend to take themselves a tad too seriously.