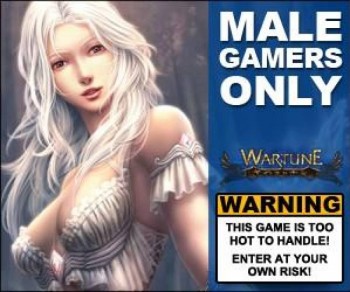 This picture isn’t really the best representation of gamers, but bear with me; the fact that Wartune is said to be the worst possible example of oversexualisation does matter though, because it’s a fleeting demonstration of how the gaming industry is viewed by many people today. 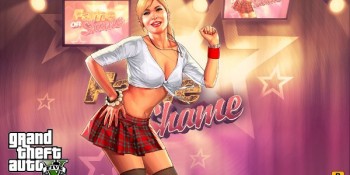 When GTA 5 was launched in 2013, everyone and his dog rushed to their keyboards to write a review and one in particular by Carolyn Petit at Gamespot drew a lot of heat from gamers who objected to the reviewer’s stance on her perception of misogyny within the game; so much so in fact, that a petition was drawn up to have her fired from Gamespot for allegedly contaminating her review with far too many of her own social and feminist standpoints. In fact, the review received no less than 22,483 comments (which are no longer visible) which one can only guess will have been derogatory and highly personal at the very least. It’s also worth pointing out here that Carolyn Petit is a transgender person, which may have a bearing on the violent reactions of so many GTA fans and the fact they couldn’t accept her not quite perfect score of 9 (out of ten).

….talk about the games you flaming faggot not what offends you or not
PS:You’re the worst tranny ever  (from the petition)

Comments such as the one above are way below the belt of course, have nothing to do with the game review at all and simply illustrate a sub- par level of maturity. Actually, I’ve read the review, watched the video and feel that Ms/Miss/Mr Petit completely misses the point about GTA 5 and its satirical take on modern culture, but since she confined her feminist views to no more than a few lines that certainly didn’t represent the bulk of the review by a long shot, one has to wonder why she took so much flak. 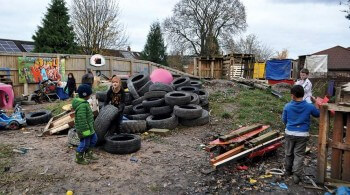 Yes, that game we used to play in the woods and the playground, which I imagine is no longer allowed due to pressure from the army of political-correctness-gone-wrong weirdos. An important part of the of the growing up process is playing games and traditionally, boys play with boys and girls with girls. The rough and tumble of boys games doesn’t appeal to many girls, but that doesn’t mean that boys hate girls; it means they don’t understand them and letting an unknown quantity into the circle is maybe seen as a threat, and of course, it works both ways. The same could be said for today’s gamers, although gamers of a certain age (myself included) probably couldn’t give a monkey’s whether another gamer was male, female or neutral. The GTA 5 outbursts I referred to earlier are just that; pubescent tantrums from kids who find it difficult to express themselves when confronted by a perceived threat, such as a female. Heck, when I was a kid girls frightened the life out of me, and not because I thought they were a threat to my special world or anything, but because they were packaged differently and seemed like a different species entirely. 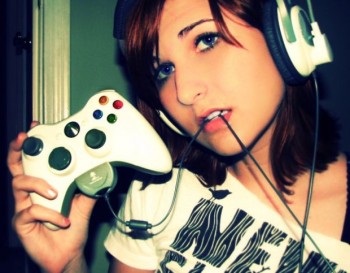 Oddly enough, the whole Gamergate episode started out as a campaign against game industry journalists allegedly cosying up to game developers, which kind of morphed into a misogynistic rant and before you could say knife, all and sundry had jumped on the anti-girl bandwagon. But hey, isn’t the word hate a little strong to use in this context? Real hate is as powerful as real love but nowhere near as effective and long lasting, so those knee jerk, nasty and wholly inappropriate comments we see directed at women, packaged like a poison bomb, may be hurtful but are as fleeting as the wind. Those very same gamers, who today are accused of hating women, will look back and wonder what all the fuss was about.

Perhaps that therapist was right; maybe mothers are the key to all this after all.

6 thoughts on “Do Gamers Hate Women?”