My wife and I were driving in downtown Bundaberg the other day when we passed a large DVD rental store and she who must be obeyed commented… “I wouldn’t have thought DVD rental stores stores would still be a profitable business these days“. I have to admit, it was a pretty insightful comment. 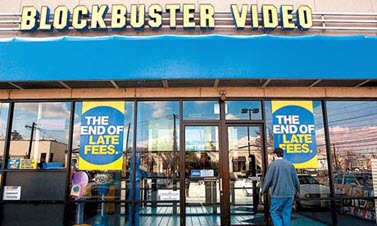 With streaming video services booming, PayTV, and so many other entertainment options available, DVDs and CDs are fast becoming a non-entity.

It’s just the nature of the beast really, advancements in technology continually see older standards consigned to the junk heap, replaced by the latest and greatest. In a relatively short space of time we’ve gone from vinyl records to CDs to MP3 players. From the dreadful VHS/Beta tape players to DVD players to Blu-ray and PVRs. And with computers; mega capacity external USB drives and flash drives have pretty much superseded discs as the storage medium of choice. Not to mention support for creating and loading bootable USB media which has all but replaced the need for bootable discs.

Where I would once burn a video to DVD to watch on TV, I now just connect a flash drive to the TV’s USB port. There was also a time when I always carried multiple music CDs with me in the car, these days I can carry a single flash drive containing hundreds of my favorite tracks. I can’t even remember the last time I bought blank CDs or DVDs.

When I built my latest machine, around 4 months ago, I seriously considered not including an optical drive, but then, after seeing how inexpensive they are, decided to install one after all – I have yet to use it by the way. This is in stark contrast to earlier builds where I have always included 2 optical drives, mainly to facilitate disc to disc copying without needing to swap media around ~ terminal laziness. Those older systems also always included DVD copy software, AnyDVD decryption software, a full disc burning suite, and other sundry CD/DVD tools. These days, my total installed media software consists of a single video converter. If I were to compare the software installed on my system from (say) 6 years ago to today, the lists would not be at all similar.

This then is how new technology not only influences our lifestyle but also our computer hardware and software choices.

What do you think – are CDs and DVDs well on the way out? Are you still using CDs and/or DVDs?