AVG report lists apps that have the most impact on smartphone performance, battery life and mobile data. 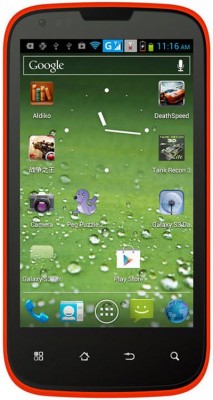 In their report titled “Android App Performance Trends,” online security company AVG identifies the Android apps people use on their smartphones and tablets that are the biggest hogs on data, storage, battery life, and overall performance. The report uses information collected from their own Android security and battery management apps in use on Android phones.

As smartphones become more and more powerful, apps are created that allow us to do more and more things with them. They keep us connected with friends and relatives. They entertain us, educated us and make us more productive, at home, in the office or on the go. The processing power smartphones put in the palm of our hands is actually rather astonishing when you compare them to what desktop computers were capable of only 25 years ago.

When it comes to installing apps, most people don’t seem too particular about what put on their phones, or the impact they will have on battery life and performance. For all I know, they think the App Fairy just left a great new app on the front porch of the Google Play store, and it’s completely free for the taking. Little do they know the app may be using their bandwidth and data allotment to constantly download or update banner ads to be displayed on-screen the next time they open the app. Or worse, even if they DON’T open the app.

Chances are, the app does come with a price, in the way of collecting your data and using your bandwidth to upload that data to their servers. While this is going on, you may be cursing your phone for sluggish performance and your cellular provider for lousy service. They get the blame, because real offender is operating behind your Home screen, where you can’t see what’s really going on.

Even the AVG app on your smartphone was using resources and mobile data to collect and upload information about your apps and the impact they have your phone’s performance and battery. But, we wouldn’t have this report without it. So, we’ll forgive them… this time.

Even for more advanced users, it’s a difficult task to keep up with identifying and preventing apps from causing soaring data bills, sluggish or unresponsive devices, and batteries that drain faster that you can say, “Where’s my charger!”

The data in AVG’s report was collected in the US, UK and Australia during Q3 of 2015. The apps in question were ranked for averages on battery consumption, storage space used, and mobile data consumed, and impact on overall performance based on real usage.

Here is the rundown, in order of impact, of the ten biggest offenders in each of three categories, including apps that run at start up and apps the user runs after start up.

Overall Impact on Performance (run at start up)

Most of these apps run as soon as your phone start up. None of these apps are actually essential to the phone’s operation. But, without Google Play Services, many of your Android phone’s features would not work.

The greediest apps run by the user after start up include Snapchat, Amazon Shopping UK, Clean Master, Line, Netflix and Microsoft Outlook. If your phone feels sluggish and the battery life is weak, one of these apps could be a big part of the reason.

Mobile Data (run at start up)

Setting these apps to not run at start up, if the option is available, could save a bucket load of data. Top data hogs run by the user after start up include Netflix, Snapchat, Tumblr, Clean Master, Samsung’s WatchON video app, Spotify Music and Microsoft Outlook. Yes, Microsoft’s notorious bloat factor now affects Android devices too. Tinder rounds out the top 10.

Battery Drain (run at start up)

The reason Samsung-specific apps ranked so high on this list is because, as the report also noted, nine out of the 10 most in-use phones are Samsung models.

The Rest of The Story

Rather than list the biggest storage hogs, suffice it to say that most were apps already listed in one or more categories discussed already. A casual stroll through the Apps list in your phone’s Settings will reveal the biggest users of internal memory or storage space.

Excluded from this article are games. It almost goes without saying that many of the most popular Android games are going to use lots of storage and lots of processing power, of which the consequence is rapid battery drain.

The report from AVG was also kind enough to offer their suggestions for boosting battery life, freeing up storage space and reducing mobile data usage.

*There’s more information in the full report, including the top 50 Android apps in use.

So, what’s the biggest performance drain and battery hog on your smartphone? And, what do you think is more important, a slim phone or a battery that lasts longer than a round of Spider Solitaire?