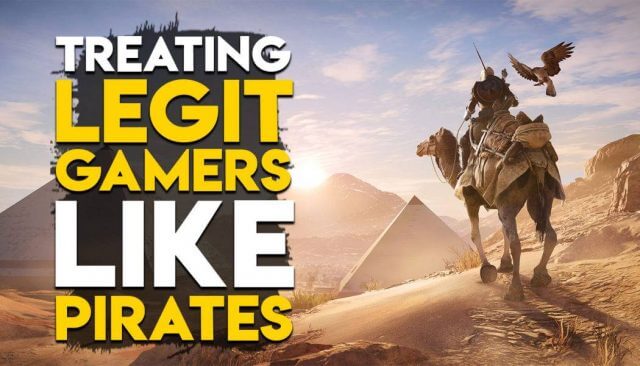 In one form or another DRM has been around for decades and even predates Napster, which ironically was the company that really justified its existence and implementation in the first place. Today, DRM is all-pervasive, no more so than the multi-layer anti-piracy and anti-tamper software known as Denuvo. From what I’ve read, game publishers are rubbing their hands together when, at the very least, Denuvo prevents  games from being cracked by pirates within two to three months of that all-important release window. The problem here is that we end up in a situation where the tail is wagging the dog to the detriment of honest, hard-working gamers who are willing to pay for their games, and some recent game releases are prime examples.

Denuvo Anti-Tamper shortens the lifetime of solid-state drives (SSDs) by writing an excessive amount of data to the drive.

The argument here is that, with the program constantly writing data, game performance suffers and is a totally unacceptable intrusion. That’s if your CPU is compatible with the latest version of Denuvo of course, and many are not.

Denuvo version  5.0 requires your CPU to support instruction sets known as SSE 4.1 and 4.2. SSE stands for Streaming SIMD Extensions and this version (4.0) of the Intel technology was introduced in 2006.

SSE is designed to replace MMX™ Technology. It expanded over the generations of Intel® Processors to include SSE2, SSE3/SSE3S, and SSE4. Each iteration has brought new instructions and increased performance.

It’s important to clarify the meaning of SSE, whose initial implementation had nothing to do with tampering or piracy whatsoever, but is now being harnessed to implement those very policies to the detriment of gamers around the world, and here’s what’s happening. 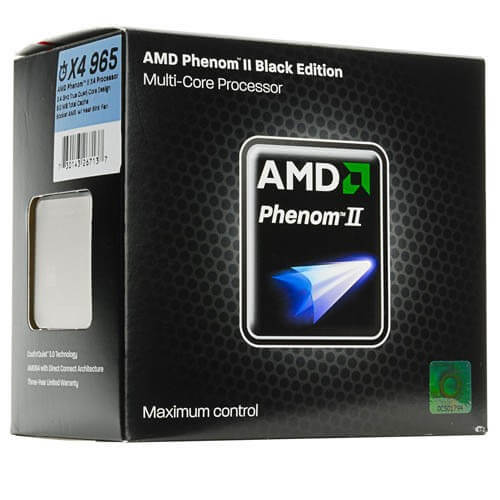 Let’s take Far Cry 5, the recently released AAA title from Ubisoft, which is priced at $60 and even more if you go for the premium editions. At the Ubisoft site you have to really dig deep to discover the actual minimum system requirements, whereas at Steam it’s in your face straight away. 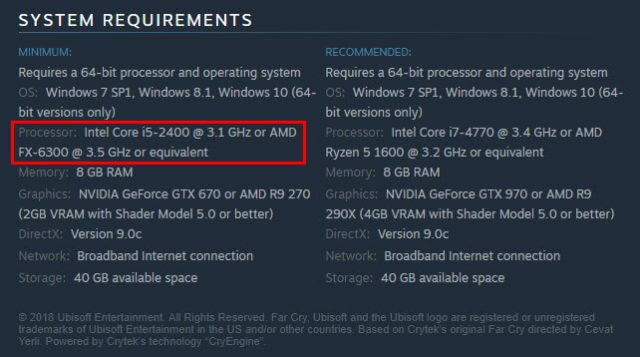 It’s worth pointing out that generally speaking, minimum system requirements are and never have been absolute, so the majority of gamers use the information purely as a guide. So imagine the disappointment of thousands of gamers who bought Far Cry 5, only to discover that their AMD Phenom CPU didn’t meet those minimum requirements because SSE 4.1 isn’t built into their processors. I’m not a lawyer, but if I were, I would probably say that Ubisoft had covered their asses by setting the FX-6300 as the baseline. But what they haven’t made clear is the fundamental issue here– the Denuvo DRM protection built into the game is what requires the SSE 4.1 instruction set and not the game itself. But then, why would they clarify this seemingly small detail? Because they need to sell bucket loads of games and they don’t need impediments blurring the optics of a highly publicised and hugely hyped game. Simply stating that an FX-6300 or i5-2400 are the minimum requirements today, is no longer enough I’m afraid, especially since the game itself is hobbled not only with Denuvo anti-theft, but also EAC anti-cheat systems for multiplayer and VM Protect. Makes you wonder how the game runs at all with that lot stacked on top of it.

So, if you run a Phenom CPU (or a CPU below the minimum stated requirements) you’ll be greeted with the above message which tells you not very much at all. To the average user this message is both alarming and confusing, is about as much help as a chocolate teapot and the only way I was able to discover the real reason for this error was to take to the, at times, noxious Steam forums.

I’m in the fortunate position of owning two gaming machines, so this issue only affects my secondary rig which runs off a Phenom II x4 965, but either way it’s annoying because we all know that the game itself will run perfectly well on a quad core Phenom. The same sad situation was faced by gamers who bought Ubisoft’s Assassin’s Creed:Origins which was launched in October 2017 and to date, Ubisoft still hasn’t released a patch. On the other hand, publishers of other games incorporating Denuvo with the SSE 4.1 requirement, have indeed released patches as they understand the goodwill of their customers. Ergo, we pay their wages.

Is Your AMD Phenom Now A Piece Of Junk?

What I find unfortunate are the sanctimonious and holier than thou comments both at the Steam forums and the Ubisoft community, which do nothing to alleviate the dilemma gamers now face. The fact is, the Phenom II quad core is still a perfectly decent processor for gaming, even though it’s been nearly a decade since its launch. Telling someone to upgrade their rig because a $60 game won’t run is totally out of proportion and only feeds the myth that you need to upgrade your PC every time a new game gets released. The fact is, replacing a Phenom II will require a new motherboard, CPU, memory and a clean Windows installation, which effectively is a sledgehammer to crack a nut. That’s akin to formatting your hard drive and reinstalling the OS because Notepad won’t run.

Far Cry 5 Was Cracked Within 19 Days Of Release

According to numerous reports floating around the net, the DRM on Far Cry 5 was cracked by all the usual suspects within weeks of its release, thus rendering the copy protection useless against pirates. If I were the big honcho at Ubisoft, and knowing that my top AAA game was now available through all the usual torrent locations, I’d be bending over backwards to ensure that those disgruntled gamers with Phenom CPUs threw their money at me instead, with the release of a patch. A gesture of goodwill in this instance would go a very long way, but I’m not holding my breath.
—