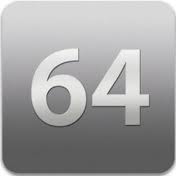 64-bit hardware has been around for a long time now.  I’ve had a 64-bit computer and Windows Operating System for several years. The problem, and disappointment, is that the 64-bit software is lagging far behind. When you stop and look around a bit (no pun intended), 32-bit software is the norm.

If you have a 64-bit-capable computer and have been looking forward to all the magic that it may provide, you have been woefully disillusioned. We high-tech, on-the-forefront people who jumped on the 64-bit bandwagon have been left in the dust. “They” just don’t make that stuff. Look at all the browsers, drivers, and plug-ins- they’re all 32-bit. What a crying shame.

I understand why though. The companies that produce this software have to be legacy-minded. I don’t blame them. They’re in business. They need to pay attention to the laggards. It’s that or die. 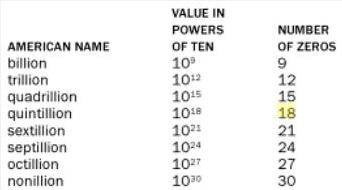 That’s a huge difference. So…

If you have a 32-bit computer, any amount of memory over 4GB (Gigabytes) is wasted. Your computer simply can’t “see” it.

I have 16GB RAM installed on my computer. If I was running a 32-bit system, then 12GB would be invisible to the computer.
I happen to have a 64-bit computer and a 64-bit version of the Windows Operating System. This allows me to “see” all of the 16GB of RAM that I have.

Great! How about the software…

I’m going to focus on browsers here, but the gist is applicable to other software as well.

Browsers, like all software these days, for the most part come in one flavor – 32 bit. (This is changing, though.)

That means no matter how much RAM you have installed, the software can’t take advantage of it. A 32-bit program is limited to 4GB of RAM. Period.

Generally, it’s less. More like 3.5GB. So, if you see Windows reporting that you have 3.5 GB of RAM when you know you have 4GB, don’t fret – there are technical reasons for this which go beyond the scope of this article.

You can use your favorite search engine on the internet to find out more about this subject, then, stand back! You’ll get a gazillion hits, and then some. You won’t be the first person asking about this discrepancy.

Advantages and Problems With 64-Bit Browsers 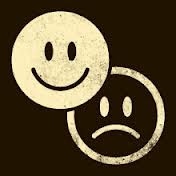 It is noticeable. The 64-bit browser versions are definitely faster. You can use benchmarks to prove it to yourself if you like but simply using a 64-bit browser will demonstrate the differences. Nothing like the real world, I say. You can just feel it.

I’m not sure what the big deal is regarding this increase in responsiveness. Everything these days is measured in micro and nano seconds. I really don’t care about that miniscule amount of time. If a nanosecond makes or breaks your day, then I don’t know what to tell you.

I would much rather have a browser, or any other piece of software for that matter, that does what I want. Even if it does take a nanosecond longer. Does it really matter?

Unfortunately, speed is about the only thing you gain by using a 64-bit browser. Judging by the benchmarks of the Big 5 (i.e., Internet Explorer, Chrome, Firefox, Safari, Opera)  that have been run into the ground these days, a 64-bit browser definitely leaves a 32-bit browser spinning in the wind.

The problems that you will run into may be numerous. Or not. It really depends on your personal browsing habits.
Here are a few things you might want to consider before firing up that fancy new 64-bit browser:

Drivers: 64-bit versions of Adobe Flash have only recently been made available.  And they are not available for Windows XP systems. Only Windows 7 and on. I don’t know about Vista.

Java: This is a huge security risk and I recommend removing it entirely. For more on the security problems with Java go here.

Java now has a 64-bit version but has been a long time a’comin’.

Operating System: You must have a 64-bit computer and a 64-bit operating system for it to work. This is probably the main reason so many vendors have pretty much ignored 64-bit software; 32-bit systems are the mainstream market. That is changing, however, in a sluggish sort of way.

You can see the negatives outweigh the positives.

I think it’s a sad state of affairs but we are stuck with it. The bottom line is that you should probably stick to 32-bit browsers even if you have a 64-bit-capable computer.

I was trying to be on the bleeding edge when I built my first 64-bit system a few years back. With bated breath, I expected my computer to blow the socks off my envious friends. I was chomping at the bit (no pun intended). I was also sorely disappointed.

For the Brave of Heart

There are 64-bit versions of most major browsers if you are one of those lucky people that don’t need extensions and browser plug-ins. Here is a short list and some thoughts. (Yes, I was lucky enough to have had a few of those and I treated them gently, since they were in a strange place.)

There really is no point in showing you images. The browsers basically look the same no matter which version you are using. The only exceptions may be the logos, blurbs, and such.

Note: Palemoon comes in a 32-bit version as well.

Both Palemoon and Waterfox are compiled in such a way that takes advantage of the uniqueness of the Windows Operating System. This OS-specific compilation has been available to Linux users for quite some time. Now it’s Windows’ turn.

I have tried both Palemoon and Waterfox (32 and 64 bit versions). Each has its own individual characteristics- some good – some not so good. The bottom line is they are noticeably faster than the stock Firefox installation.

My only suggestion would be to try them out to see for yourself. I have suffered no negative consequences as a result of my experiments; all my plug-ins and extensions worked with both of these programs. If it worked in Firefox, it worked in them.

The only real negative is that they don’t get updated at the same time as Firefox so they are always lagging a little behind.

Caveat: Waterfox uses the same profile that your default Firefox installation uses. Do not delete , overwrite, or change your profile if you care about it. Make backups!

I don’t think a 64-bit version exists. If I’m wrong, please don’t hesitate to slam-dunk me. Or give me an upper-cut. Whichever happens to be your particular style.

Version 10 in Windows 8 will default to 64-bit on an acceptable system.

There is a 64-bit version bundled with Windows 7. You can easily make that your default browser by creating a short-cut on your desktop and/or task bar. It’s a good way to experiment. See if you actually need all those plug-ins and extensions based on your browsing habits.

There are 64-bit versions of Opera available. I can not vouch for the reliability of this unofficial link: http://fileforum.betanews.com/detail/Opera-64bit-for-Windows/945720329/7