Several months after releasing its 2012 range of products, Check Point has released an upgrade to ZoneAlarm Free Firewall 2012 which includes several new features and some overdue fixes. It seems this revamped model has been quite a hit with reviewers.

One of the greatest bugbears concerning third party firewalls is their ‘chatty’ nature, continually interrupting whatever you are doing to ask questions. Some are worse than others and ZoneAlarm’s record in this department has not been all that brilliant. According to Check Point though, the revamped 2012 model has now reduced the number of program alerts by over 90% – an impressive statistic indeed.

Another common complaint regarding ZoneAlarm has been its slow startup time, according to reports this has also been improved with ZoneAlarm now loading some 40% quicker.

Some firewalls can be a nightmare for the average home user to configure, Check Point indicates this problem has also been alleviated with the introduction of a revamped interface which provides a much easier and more intuitive user experience.

ZoneAlarm Free Firewall 2012 does include a rather impressive lineup of features, including ‘DefenseNet’, a community driven cloud-based service:

2-Way Firewall (Inbound & Outbound)
Stops Internet attacks at the front door and even catches thieves on their way out. Our 2-way firewall proactively protects against inbound and outbound attacks while making you invisible to hackers.

DefenseNet
Leverages real-time threat data from the community of millions of ZoneAlarm firewall users, providing quick response to breaking threats that protect your PC from the latest attacks.

So, if you’ve tried ZoneAlarm Free Firewall previously and been less than impressed, perhaps now might be a good time to take another look. Reports are predominantly favorable; and with a brand new interface, faster boot times, less popup alerts and powerful features like DefenseNet, ZoneAlarm Free Firewall 2012 certainly sounds promising. 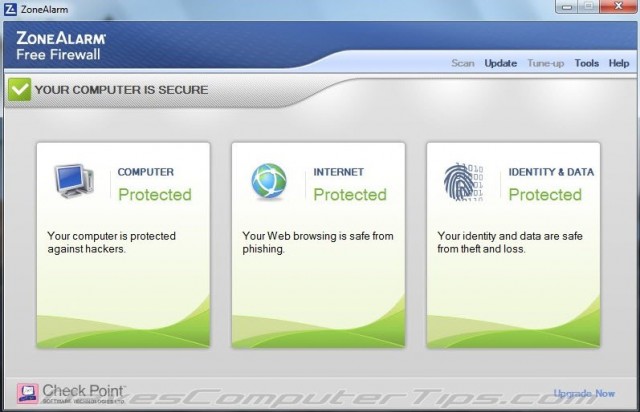