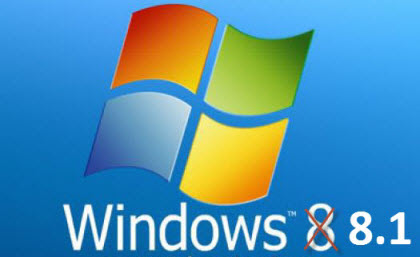 A recent announcement from Tami Reller, Chief Marketing Officer and Chief Financial Officer of Microsoft’s Windows division, has now confirmed a number of previous speculations regarding the upcoming Windows 8 release.

In keeping with Microsoft’s conventional naming policy, the update to Windows 8, which has been codenamed “Blue”, will be officially dubbed Windows 8.1. Windows 8.1 will be available to existing Windows 8 users as a FREE download via the Windows 8 Store (users who don’t already have Windows 8 will be able to buy a standalone version of Window 8.1 which will be priced the same as Windows 8).

The actual final release date remains as yet unknown but Ms. Reller is quoted as saying that it will arrive “before the winter holidays”. What we do know is that the initial “Preview” release is scheduled for 26th June with a Release to Manufacturing expected some time in August. From what Ms. Reller has revealed, it is anticipated that the final general release will occur mid to late October, or early November.

In line with Microsoft’s shift to a faster annual release cycle, Windows 8.1 will consist of a service pack/feature pack combination. Unfortunately, Ms. Reller has spread no further light on exactly what features, alterations to the interface, etc., can be expected – it is still not known if the traditional Start button will be returned or if a boot-to-desktop type option will be incorporated, so that part remains a wait and see situation.

Some pundits are suggesting that all will be revealed with the Preview release in June but I’m not so sure, a Preview isn’t necessarily set in concrete and there can be many a change of heart twixt Preview and Release to Manufacturing.

On a completely different note, and at the risk of revealing my inherent male chauvinist pig side – Ms. Reller is, in my humble opinion, what we in Oz would describe as being…  a pretty good sort! (that is a compliment by the way).