Is software fun to use?

Well it should be fun, but because it’s not shiny and I can’t touch it, software for me has always lagged way behind shiny objects, except for games of course; games are fun. At this point, it’s tempting to go all misty eyed and hark back to the early days of pioneering software such as Super Calc and WordStar, but I’m not going there because it would give me nightmares about the hours and days spent sweating over a hot keyboard whilst staring at a green and black screen. Today, most software is so easy to use that even I can handle it; it’s intuitive, shiny and colourful, so what’s your favourite?

Having used almost all of Microsoft’s operating systems since the dawn of time, for me, the OS that got almost everything right  is Windows 7. Software like this that’s intuitive to use straight out of the box gets my vote every time, more so because its design is a natural progression from its predecessors without feeling the need to confuse us all by treating us as dummies and hiding stuff where it’s difficult to find. The transition from XP was a seamless, rewarding and thoroughly enjoyable experience, not least because I was able to enjoy the benefits of 64 bit computing for the very first time and what few compatibility issues arose were easily sorted by either Windows itself or an easy fix. I still use Windows 7 on all my PCs, albeit in a dual boot setup with Windows 10 and will continue to use it probably long after Microsoft has withdrawn its official support because quite frankly, it just works.

I used to aspire to great things with graphics programs such as Corel Draw and Photoshop and with a modicum of success managed to create some fairly tidy pieces of work, but not without a great deal of hair pulling and frustration. However, for the kind of work I do now I simply don’t need all those bells and whistles and until Snagit came along I really struggled. If ever a program were designed for simplicity, intuitive use and huge capabilities, Snagit ticks all the right boxes. If you’re not a graphic or web designer and you simply want to capture what’s on the screen, Snagit does this job easily and with no fuss whatsoever. Once you’ve captured the image you can add captions, arrows, dialogue boxes, highlighted areas and hundreds of other effects which would have taken me hours of blood, sweat and tears with other professional programs. Snagit leaves me with far more time to actually write stuff rather than fiddle around with the complexities of graphics design and it’s fun to use. 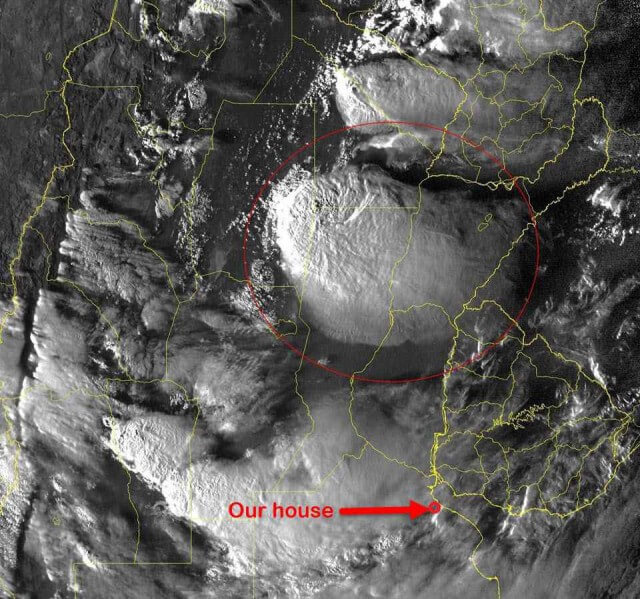 Whilst Snagit will also capture desktop video when producing how-to presentations for example, if you want to record your in-game action there are two stand out programs, namely Action! and Bandicam. I prefer Action! because of its simple interface, mini previews of captured videos and the numerous choices available for output quality and other parameters. Action! is also pretty light on resources when recording which means your gameplay won’t be affected, at least not in my experience. Further, being able to record in MP4 is a big advantage over AVI as the resulting file size relatively speaking, is much more manageable especially for YouTube uploads. Action! gets my vote every time. Here’s a short clip I recorded earlier just to scare the pants off you:

Microsoft Office continues to rule the roost for word processing, email and almost everything in between for the very reason that it’s feature packed and every new release adds a host of new features. Microsoft Outlook, not to be confused with the basic app now integrated with Windows 10 as Windows Mail (or the mobile app) is more or less the last word in email software and whilst I use it less than I used to, it’s packed with features too numerous to list here. The rest of the suite when taken as a whole, is the polished pinnacle of office software and professionally, it’s light years ahead of its rivals.

Oh my God, where do I start? The proliferation of mobile apps is gobsmacking quite frankly, up to and including the good, the bad and the downright ugly. For me, choosing a favourite mobile app is simply a question of deciding which I use the most and in that respect, Whatsapp is the clear winner. 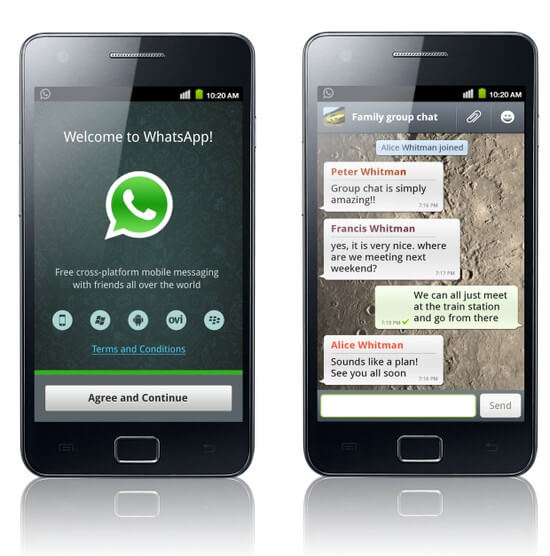 I was a bit late joining the Whatsapp party. People would come into my shop here in Buenos Aires and ask me to send a “Wassap” when I’d finished with their machine and I’d say “What the heck is that?”. What I like about this app is that it’s one in the teeth for the service providers, who let’s face it are a bunch of thieving scoundrels at best and being able to communicate with people free of charge has to be a killer as it’s proven to be. Add to that the ability to talk to people over Whatsapp, join groups, use the WhatsApp Web interface, send images and videos, it’s pretty much a no brainer that consigns text messaging to the hinterland where it belongs. For example, I use pay-as-you-go for my Galaxy S3 and were I to buy $30 (Arg pesos), a handful of text messages would gobble up the credit faster than a ferret up a drainpipe. 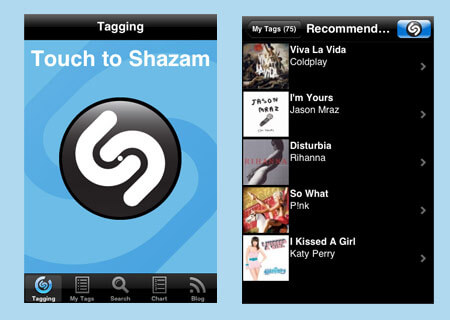 Oh yes, I still listen to the transistor radio and when the presenter forgets to mention who just sang that song I usually have Shazam at the ready just in case. Simply touch to Shazam when the song is playing and in seconds you’ve got the artist up on your screen. Magic! 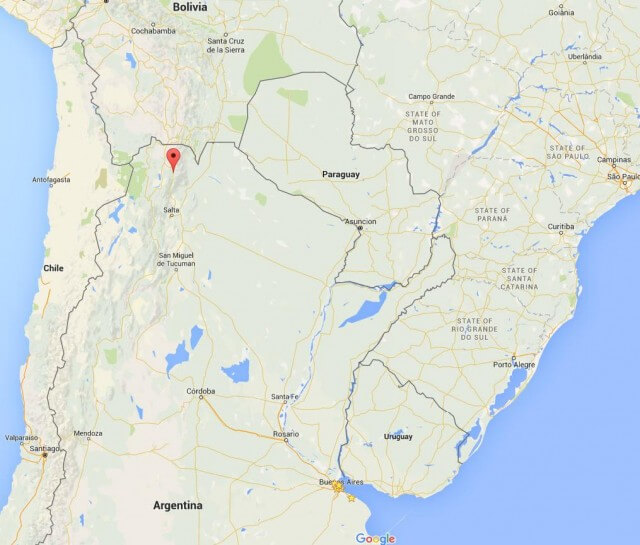 When it comes to mapping, Google Maps is pretty much the mutt’s nuts and conquers all before it. It’s difficult to know how to describe it without repeating what has already been said, so suffice to say that planning a journey with Google Maps is childsplay. If I have to jump on the motorbike and venture into the heart of the Buenos Aires city or some hard to find location in the conurbation, I can find it almost immediately with Google Maps, added to which, it’s given me a knowledge of the city I may not have had before; and let’s not forget Street View either, which is a genuine piece of software awesomeness, not just as a gimmick either, because I use landmarks a lot when navigating and if Street View shows  a massive statue of  José de San Martín next to the gasworks near my destination, then that’s where I’m headed. Frigging awesome software! 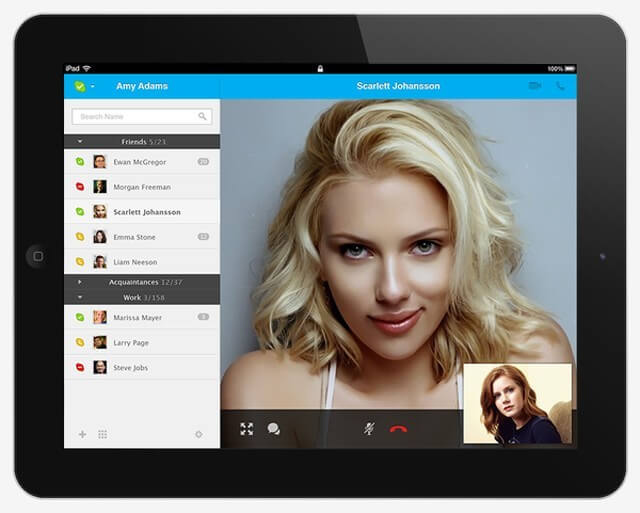 On the rare occasion that I talk to actual living human beings, I neither do this with a landline or a mobile phone which are so damned expensive where I live, that mortgaging your home would be a better option quite frankly, so I use Skype just like the rest of the planet and when I’m feeling really brave, I show my chiseled features to the world with a very sexy hi-def webcam. I also use Skype on my mobile phone which raises this app to a whole new level of wonderment, which I love. 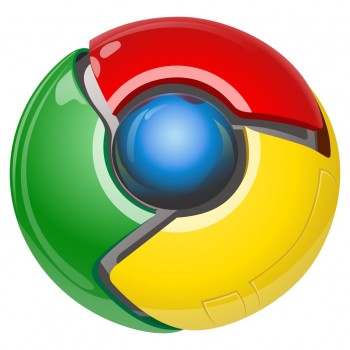 I was going to say surfing the web, but somehow that sounds so nineties today but never mind. I use Google Chrome as my browser of choice, not because it’s technically superior to Firefox, Internet Explorer or Edge, but simply that I’ve got used to it over the years and I sync my Google account to it, along with Gmail and YouTube, so that whichever PC I install Chrome on and there have been a lot of different system installs for me of late, it’s totally up to date. Furthermore, I’m not in the slightest bit concerned what Google knows about me, fluffy kittens and sexy Russian babes notwithstanding. 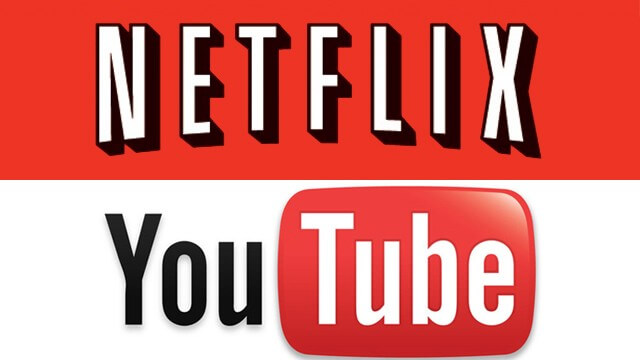 You’d be surprised how much you can actually watch on YouTube. I’ve watched numerous entire feature films and some cracking documentaries, which have left me completely puzzled about Google’s copyright terms, but if it’s up there, what the heck. Personally, I use YouTube for game guides, how-to vids and music amongst other stuff and there’s nothing quite like cracking a few beers and leaving Vevo on autoplay whilst you stoke up those sausages on the barbeque and acting like you know how to dance the Macarena. And after a long hot day writing scintillating articles for DCT readers, what better way to wind down than to catch up with Breaking Bad or The Walking Dead on Netflix? Or, if that show’s not available in your region, just hide behind a VPN; you know it makes sense! By the way, Vimeo and Dailymotion (suspect name, that) are fine alternatives up to a point and if you can’t find that Eagles acoustic live performance, it’s sure to be on Dailymotion, such is Google’s wacky copyright policy. 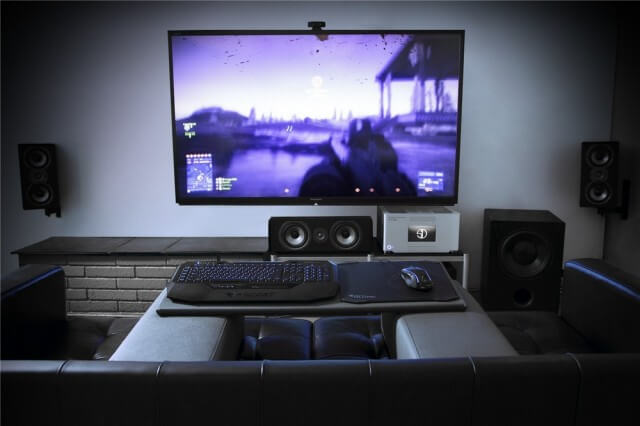 Sometimes and probably more often than I realise, it’s just the very best to adopt the mind of a criminal, jump in a muscle car, rob a bank dressed as a clown, drive like a man possessed and then hide away in your favourite lap dancing club whilst the cops are hunting you high and low outside. I mean, what could be more fun than that? Well, perhaps mowing down  bunch of Nazi stormtroopers or surviving a Resonance Cascade dressed in an HEV suit come pretty close and all launched by the God of the PC Master Race, the awesome Steam game client. 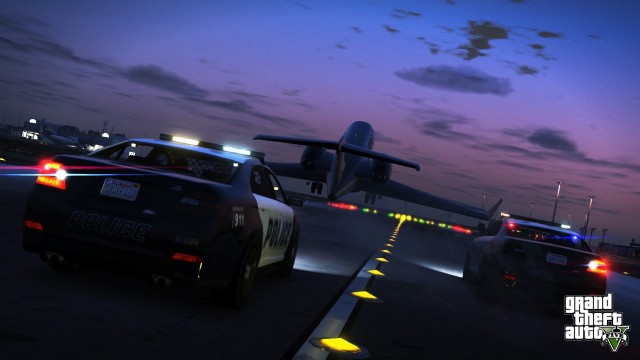 And the winner is….

Grand Theft Auto Five because well, you just can.

With so much metal to throw about including Jumbos, private jets, fighter jets, muscle cars, golf carts, quad bikes, bicycles, police helicopters and much, much more, you’re never stuck for a caper or two. Or if you prefer a less energetic day in Los Santos, practice your yoga, brush up on your tennis, maybe a spot of darts and later pop over to the strip club and for a line or two with the lads, followed by a drunken race to your mega yacht in the marina. 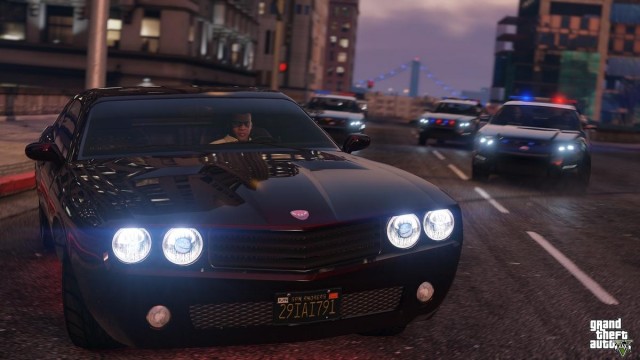 This game has practically everything for both the casual and avid gamer alike. The driving mechanics are scarily realistic, the random events that pop up, all too tempting and what’s more, the entire set is all yours whenever you want it.

11 thoughts on “What is Your Favorite Software of All Time?”