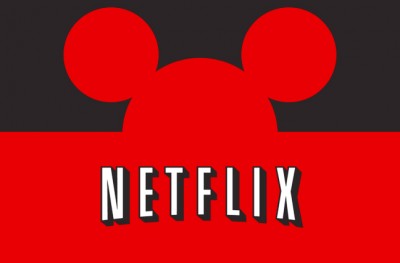 Indeed.  If you haven’t been paying attention to Netflix – why not?

2011 and 2012 were not especially good years for Netflix.  Between changes to the subscription terms, splitting the DVD-by-mail and online streaming service, and the other PR issues, Netflix was hemorrhaging subscribers and their stock was  under-performing.  Add the loss of content by the expiration of contracts with Starz and other networks, and things looked grim for Netflix, especially with fresh competition from Hulu and Hulu Plus, Amazon Prime, Redbox, and Flixter.

An Act of Congress

Being able to share your viewing history on Facebook became popular with Netflix’ competitors.   If I wanted to share an episode of a particular TV show I like with a friend, with a note saying “You have to watch this”, I could do that with Hulu or YouTube.   Not so with Netflix.

It turns out that outdated laws were helping to hold the company back. Way back in the 1988, when VHS video rental stores were on the rise, then U.S. President Ronald Reagan nominated Robert Bork to a Supreme Court position.  This nomination was partially derailed when his video rental history was made public, which frightened  politicians; and so the Video Privacy Protection Act (VPPA) was passed.   Your video viewing habits were now protected by law, and the company cannot share that information.

Since Netflix directly competed with Blockbuster Video with its DVD-by-Mail program, Netflix rental history fell under the VPPA, but so too did the online streaming side of the business, because the law applied to Netflix as a whole, not just one section of Netflix’ business.  Since Hulu and Amazon and the like were not ‘renting’ videos, their streaming activity did not fall under the VPPA.   So Netflix had a choice:   either split up the company between the DVD-by-Mail renting and online streaming, or get the law updated.

And so Netflix began its quest to change the law.  An amended bill cleared Congress by 20 December, 2012; and was signed into law on 10 January, 2013, which is especially noteworthy because our Congress can’t agree on anything – except apparently their salaries and your ability to tell your friends how much you like Honey Boo Boo.  really?

You wanted it, and Netflix delivered.  So Netflix can now begin Facebook integration like its competitors; and you will soon be able share your viewing habits with whomever you like.   Per terms of the amended law, your consent will expire every two years unless you renew it, and Netflix must provide a “clear and conspicuous” method to turn it off.   Finally, we can weed out the Bronies from the Trekkers. 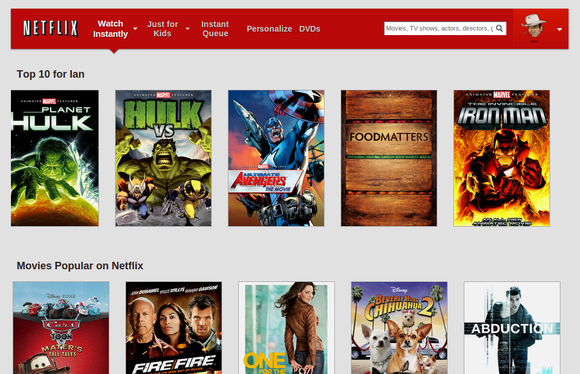 March of the Features

Netflix has also been working on a new system of Profiles, so that an account with multiple users, a family for example, can create profiles for each member.  It’s easy to see the current profile in the top right corner: 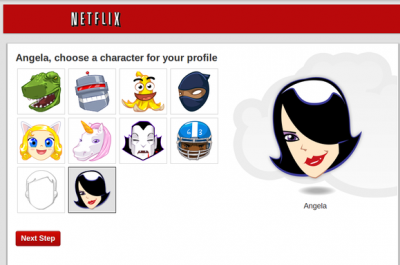 This allows the account owner better parental control over sub-accounts, and maximizes the ability of the title recommendation feature by clearing out misaligned titles.

So Daddy, who likes cop shows, and Mommy, who likes law shows, won’t get recommended titles for Spongebob.

Once the feature is officially available, creating a profile will be extremely simple, with just a few clicks to profile goodness.

1) Create a name for the profile.
2) Select an icon
3) fill out our 48 million question survey so we can make recommendations for you.

What could be simpler?   Okay – yes, I’m playing.  There is a brief survey where you get to choose your categories, and the best recommendations will come when you start rating titles.  But wait…there’s more!

In 2012, when Netflix allowed its contract with Starz to expire, investors were scratching their heads.

Then, in December 2012, Netflix scored by by signing an exclusive deal with Disney and in January by singing a non-exclusive deal with Time Warner.  So they lost Starz and HBO.   Picking up Time Warner is a big deal with a lot of popular content, including titles such as The Big Bang Theory, Two and a Half Men, The Vampire Diaries, Gossip Girl, The West Wing and more.    But picking up exclusive rights for Disney, including the Pixar, Marvel and Star Wars productions, is absolutely huge for Netflix.   Additionally,  Netflix is producing original titles like House of Cards, and resurrecting Arrested Development.

I’m not a big fan of exclusive deals.   I say let no deals be exclusive and let the better technology and viewer experience win.  But the reality is that exclusive deals exist, and they consistently draw consumers because you can’t get this content from any other streaming provider.   And Netflix has capitalized on this.   But wait…there’s more!

If you’ve ever read my previous posts, you know how I love to see tech giants battle.   Get ready for:

One of the cool features of owning both an iPhone and Apple TV is that you can play a video on your iPhone, and have the screen duplicated to Apple TV.   In addition, the iPhone can also send links to Apple TV.   But these are closed source features, and if you don’t have Apple products, you don’t get to play.  Sorry.

If only they could get together and work on an Open Source procedure for the DIscovery And Launch of content from a 2nd screen to a main screen.  If they could do that, I bet they would get the backing of other companies like Hulu, Samsung, Sony, and even the BBC. DIAL aims to be the open source standard for “2nd Screen” utilization.

For example, suppose you discover a video on your mobile app and want to play it on your connected TV.

Is it any wonder that the day Apple stocks fell, Netflix grew? 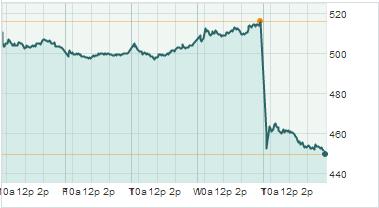 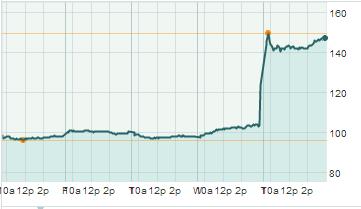 I suppose the money needed to go somewhere.  Now, I’m not saying that Netflix stole Apple’s investors.  Well, not all of them, anyway.  Anyone have a few hundred grand they can loan me?

Netflix is quickly becoming the hot commodity again.  Consider that part of what made Netflix a great stock in the beginning was its rapid growth, and after it hit a certain market saturation point, its ability to grow slowed, as did the stock.  Well, that hasn’t changed much.   What has changed is Netflix willingness to innovate.

Innovation brings in new consumers, and consumer growth brings in new investors. Innovation is what helped Apple grow into the gargantuan entity it is, but market saturation and slowing future growth prospects have cause investors to pull their capital and invest it elsewhere.   Apple will continue to correct itself and should remain relatively stable until “the next big thing“.  Keep in mind that Apple has a long history of innovation, and even after the pounding it took in the past 24 hours, it has deep pockets for R&D and a long shadow with both manufacturing and supply companies.   I expect we won’t see Apple down for long.

New investment capital has now boosted Netflix’ coffers.  And Netflix, with a new partnership with Google, has stepped up to take the lead role in pushing a new open industry standard.  Add all this together, and we can expect to see a new round of innovation.   Where else can Netflix go?

We have a lot to look forward to from our former video rental store.

[ **Since this article was written, Netflix stock has continued to soar, as evidenced in this story: