Purchasing a new computer is not something most of us take lightly. We all tend to want the best possible for as little outlay as possible, that’s just human nature. 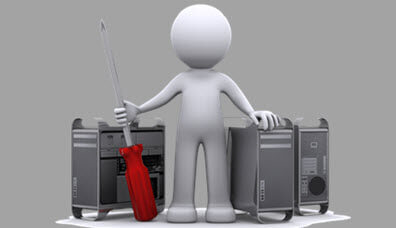 Whenever someone asks me to build a custom machine for them, my first and most important question is always… “what will you be using it for?”. While some users might be financially comfortable enough to be unconcerned about price, most of us are subject to budgetary constraints and there’s not much point in paying a premium for high-end specs which are never going to come into play. So, the first and primary consideration should always be best value for the dollar. However, at the same time, you should, where budget allows, also factor in future-proofing… in other words, make sure your system implements as much of the latest available technology as possible.

While I’m certainly not anti AMD processors, I am nowhere near as familiar with them as the Intel range so, for the purposes of this article, I’ll be sticking with Intel only. First, let me say that I would not build a custom machine these days without including an SSD for the system drive. The advantages of a SSD over a HDD are just too great to ignore. Secondly, I cannot abide noisy fans and for that reason I would always suggest an 80+ rated PSU (Power Supply Unit). The 80+ standard relates to greater efficiency – greater efficiency equals less heat, less heat equals slower fan speed, slower fan speed equals less noise.

There are essentially three levels of PC specifications: entry-level (or basic), mid-level, and high-end. High-end is generally sought by hard core gamers and advanced users, who more or less know what they want, so I’ll be discussing only entry-level and mid-level specifications.

These are the basic machines which are primary used for common everyday operations such as emailing, watching videos, surfing the web, etc. While these machines will adequately run most programs, they will not be terribly comfortable with resource intensive operations and will definitely struggle with modern HD games.

While entry-level type machines are specifically designed and priced for basic computer needs, it’s still important that they perform these functions adequately. For that reason, I would advise against Intel Celeron processors. Celeron powered machines cost quite a bit less but, in my experience, they are under-powered for desktop/laptop purposes and I’ll just about guarantee you’ll end up disgruntled with slow speed and poor performance. That leaves us with either Pentium or low-end of the “i” series, the i3.

First off, let me say that I am not a fan of the Intel i3 processor and, quite frankly, don’t understand quite where it fits into the scheme of things. It’s a 2 core CPU and the distinct advantages of quad core are not available until i5 and i7. For that reason, I would suggest going for an Intel Pentium “G” series processor which is comparable but less expensive.

In the above image, you’ll see that the i3 6098P, for example, enjoys a slight advantage in speed (approx 9%) over the G4400 but everything else is pretty much on par. You’ll pay around $53.00 more for the i3 and that equates to a 49% better price:performance ratio in favor of the G4400. In my opinion, that $53 saving would provide much more benefit for the user if put toward the cost of an inexpensive system SSD.

Of course, there are literally dozens of similar variations for entry-level PCs and the above specs are meant as a guideline only.

This is the level at which I build my own PCs. Again, considering the cost:performance ratio, I would suggest an i5 processor is more than adequate. An i7 would be nice but, even in my case where I am performing a lot of resource intensive operations such as video conversion/encoding, the i5 handles everything with ease.

As you can see from the example comparison in the above image, the i7 provides a modest speed increase (approx 0.065%) and a slight bump in L3 cache size which comes at an additional cost of $110.00. Again, in my opinion, much better put toward a system SSD. I generally also include a mid-range graphics card, not that I play games but there are distinct advantages to installing a dedicated graphics card – for programs that will utilize the GPU rather than the CPU for graphics, plus system RAM is not being shared. By the way; the i5 6500 provides a fairly substantial speed increase (almost 20%) over the i5 6400 for very little additional cost.

Again, there are literally dozens of similar variations for mid-level PCs and the above specs are meant as a guideline only.

CPU power is an important part of an overall system and I would never suggest scrimping on it. However, as I’ve mentioned a couple of times, provided your computational needs do not require a high-end CPU, in my opinion, you’ll get more bang for your buck out of a system SSD rather than paying for more CPU power than you actually need.

3 thoughts on “What are the Best PC Specs for You”