I’ve revisited Linux frequently over the years, trying out various distros, but never came across one which really fitted the my bill. Always seemed to strike some kind of major issue too. Most recently I attempted to install ZorinOS with a view to test driving that distro but it would not install. Tried installing on 3 separate machines all with different hardware configurations, it just stalled/froze at exactly the same point each time. Even re-downloaded the ISO and burned to fresh DVD, the identical issue remained…. so I gave up altogether on that one. I’ve tried out 3 or 4 Ubuntu releases in the past, didn’t really fancy it all that much and, once again, each edition seemed to come with its own particular set of problems. Then I read about the latest Ubuntu and the Unity interface and decided it was maybe time for another look… and boy, am I pleased I did!

Ubuntu 12.04, otherwise known as Precise Pangolin, is a remarkably professional and polished operating system… and guess what… it’s also user friendly! Ubuntu 12.04 is very much GUI driven, if you are at all familiar with Windows you should have absolutely no trouble assimilating. There are a few minor quirks; such as the folder and application Close, Minimize and Maximize buttons being at top left of the window rather that on the right as in Windows. The back and forward navigation arrows on the right rather then on the left, and the taskbar situated across the top by default rather than at the bottom. Very minor differences but, after years of Windows and with automatic reflexes kicking in, initially takes a little getting used to .

The ISO is a little over 701MB in size so not too demanding to download. Installation proceeds smoothly but definitely requires babysitting, there are quite a few questions along the way requiring responses… although, to be fair, nothing which isn’t pretty standard for most operating systems. One of the first options put forward is whether you wish to install Ubuntu alongside Windows or as the sole operating system… make your selection and Ubuntu automatically takes care of the rest. I didn’t actually time the installation process but I guess it took around 40 minutes all up. This is on an older machine which has previously been running XP; 1GB RAM, Pentium 4 CPU and 160GB hard drive. Nothing too flash but it handles Precise Pangolin very well.

This is the desktop you are greeted with at completion of the installation – well not quite, I did change the wallpaper and install Shutter screen capture: 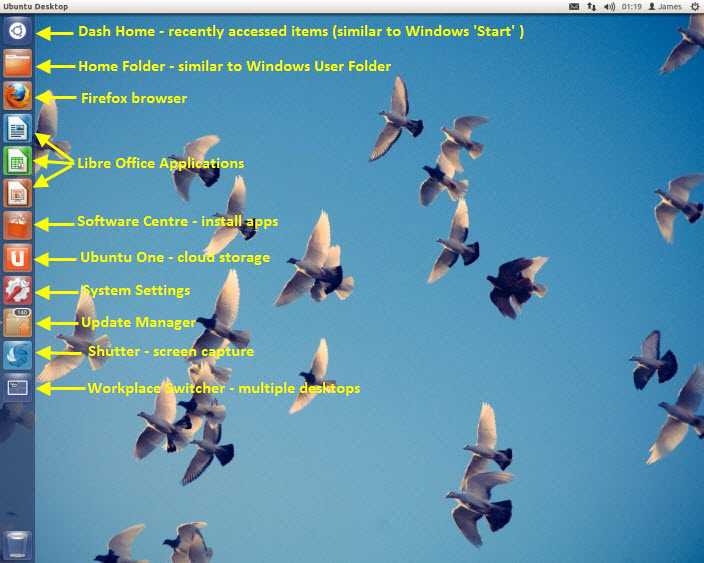 Note the Launcher bar down the left which operates in much the same manner as ‘pinning’ applications to the Taskbar in Windows 7, except Ubuntu calls it ‘locking’ and ‘unlocking’. Lock your most often used applications on the Launcher bar for quick and easy access. Options for items on the top bar and side Launcher bar are available via a right click menu (sound familiar?) and with a little clicking around, the new user quickly develops a rudimentary familiarization.

Here is a screenshot of the ‘Home Folder’, note the similarity with Windows main User folder. I’ve also highlighted the reversed menu items: 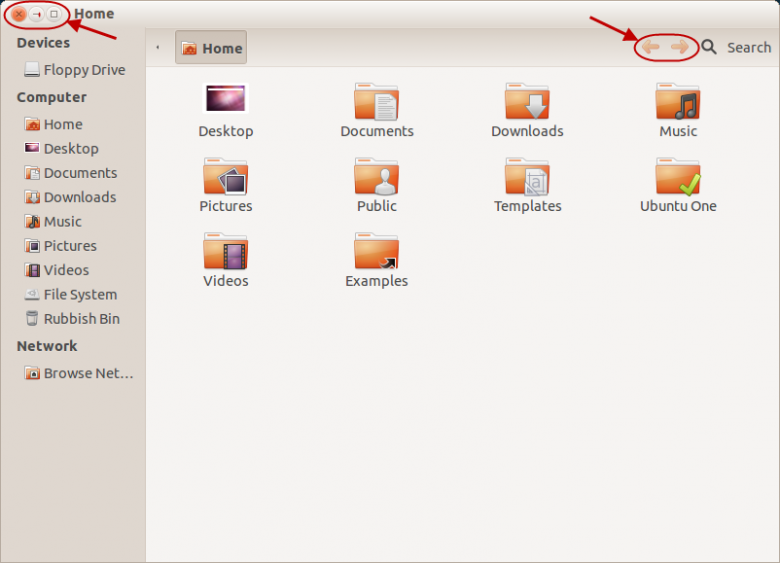 Ubuntu’s Software Center has always been a major drawcard and Precise Pangolin does not disappoint… the variety and sheer numbers of available freeware is quite staggering. And it’s a piece of cake to install too; simply make your selection and click on an ‘Install’ button: 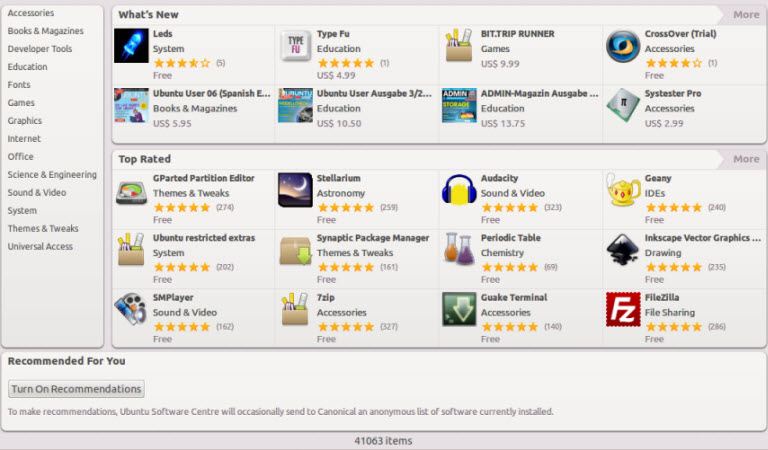 Ubuntu One offers 5GB cloud storage for free including sync to mobile devices (mobile apps for Android and iOS available): 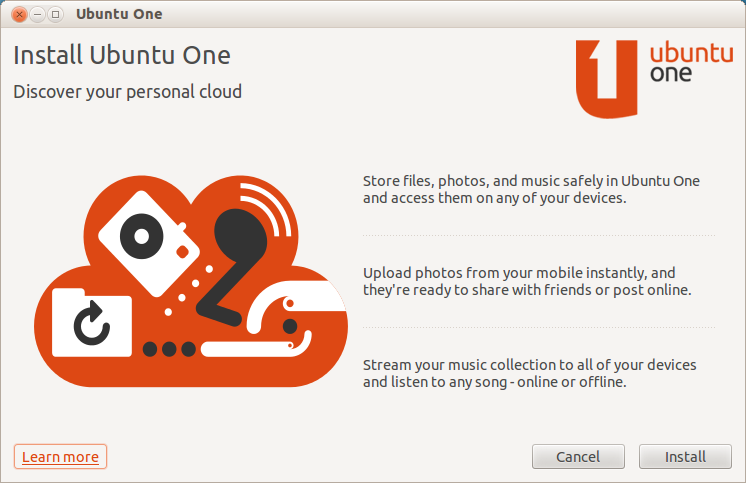 It’s still very early days for yours truly and Ubuntu 12.04 but to say I am impressed would definitely be an understatement. Do I believe it is ready for prime time? You bet I do, and especially considering the plethora of adverse comments surrounding the upcoming Windows 8. I can’t imagine anyone with any sort of Windows experience not being able to quickly feel at home with Ubuntu 12.04. There will always be the specialist software products specifically designed for Windows of course but the emulator ‘Wine’ can help out in that regard, and there are so many titles available for Linux now, in most cases one should be able to find an alternative which is near enough.

For me anyway, the fact that some of my favorite titles may not be available is well and truly overshadowed by all the pluses. One small complaint… although I guess it is all about security… Ubuntu demands a password during installation and then requires that password each and every time to perform quite a few of its operations, software installations for example. Certainly no deal breaker but a minor irritation nonetheless. Ubuntu 12.04 is, in my humble opinion, well and truly worth the bandwidth to download and the time to take it for a test drive. I’ve already decided it’s a definite keeper and shall report further after becoming more familiar with the intricacies.

In the meantime, we’d be more than happy to hear any informed opinions.

NOTE: I am by no means an experienced Linux user. This article has been written largely for the benefit of Windows users who may be contemplating either trying out or migrating wholly to Linux, and Ubuntu in particular.