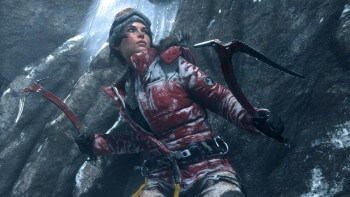 With the November 10 (Xbox) release date of Rise of the Tomb Raider almost upon us, Crystal Dynamics have released a stunning new trailer labelled ‘Make your Mark’ which will make all those lucky Xbox owners squirm with delight. For the rest of us, we’ll just have to wait till ‘Early 2016’ for the PC release and maybe November 2016 if you own a Playstation. Either way, it looks like the wait will be worth it.

There’s nothing quiet like a little actual gameplay to whet your appetite, so here’s a full 27 minutes of  gameplay to feast your eyes on. Enjoy!

Rise of the Tomb Raider will be released on 10th November 2015 exclusively on Xbox One and Xbox 360. PC release is said to be early 2016 and later for Playstation.

2 thoughts on “Rise of The Tomb Raider – New Launch Trailer”