To date, Google has enjoyed a monopoly for porting popular mobile game apps to its Chrome browser, most notably the Angry Birds game. It now seems Microsoft are ready to join the fray, no doubt mostly in anticipation of the impending release of Windows 8 Metro. Microsoft has teamed up with ‘Cut the Rope’ developers to make the popular game available online, and for free.

The game reportedly works with most major browsers, but in my experience works best using Internet Explorer 9 (unlocks more levels). To play the game, just pop over to the Cut the Rope Site: 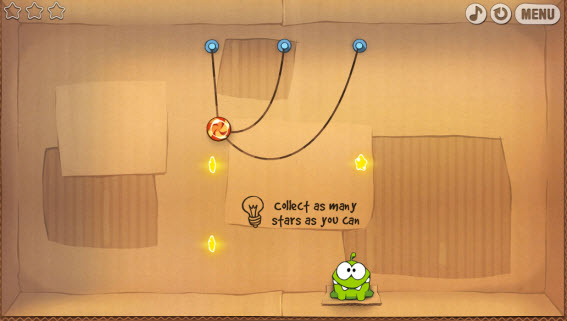