What is Net Neutrality?

In basic layman’s terms, Net Neutrality expounds the principle that everyone, regardless of, position, power or wealth, should be treated equally through the internet. One of the main catalysts of the Net Neutrality movement has been the US Internet Service Providers’ proposal to provide faster internet connections for those willing to pay a premium, thereby creating fast lanes for the wealthy, while mere mortals languish in the slow lanes.

To use a motoring metaphor – Imagine two roads both leading from A to B. The first is a narrow, one lane road with a speed limit of 30mph costing $30.00 to travel on. The second, is a magnificent 6 lane highway with a maximum speed of 110mph but this road costs $300.00 to travel on. That’s basically the sort of system ISPs have been hinting at introducing. 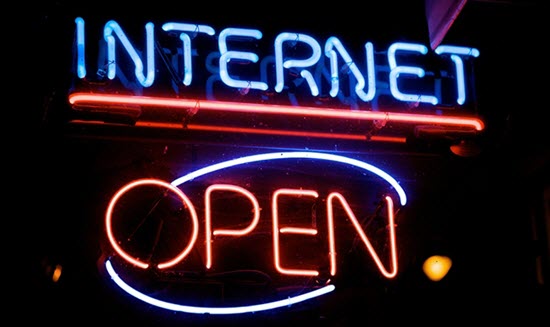 The FCC (Federal Communications Commission) in the US has recently voted in favor of maintaining Net Neutrality. The FCC’s decision involved reclassifying broadband internet as a “Title ll” public utility which subsequently opens it up to much stricter regulation. The main goal of which is to ensure that access providers can’t privilege or favor certain websites and services over others, through paid or other arrangements.

These new regulations include the following main rules:

Net Neutrality – For & Against

We applaud the FCC’s decision to preserve the fundamentally open nature of the Internet and look forward to reading the Order and rules.

Today’s decision goes a lot further than Net neutrality. Title II regulation means oversight of bad behavior, not meddling or controlling, but looking for bad behavior. This is a victory for the consumers, the average Joes, an indication that the people can sometimes win.

Obviously, Internet Service Providers are not at all happy with this decision, and I seriously doubt we’ve heard the end of it just yet. The US Telecommunications Industry Association has already announced that broadband providers would take “immediate” legal action over the rule changes.

Far be it for me to opine on US policies but this decision can only be viewed as a huge victory for the little people. The only thing that gives me slight pause is the prospect of government gaining greater controls over the internet, we are all aware of government’s propensity for awful decision making. However, if that’s what it takes to reign in the Internet Service Providers, so be it.

I wish the Australian government would do something similar with our banking system… but that, as they say, is another story.