I received an email message the other day, nothing unusual about that, except this one emanated from a leading tech site and had been forwarded on to me by Dave. The email posed an intriguing question… what is your favorite freeware application or tool?

My initial reaction was along the lines of… good grief, how could anyone possibly pick just one out of so many excellent and viable free offerings – this was not going to be easy. I pondered the proposition over the next couple of days, hunting through all the freeware on my PC in the hope that a likely candidate might jump out and hit me between the eyes. Then, after further consideration, I realized that what I was searching for actually required several key elements:

Uniqueness: It must offer something which no other freeware can offer, some feature or aspect which is unparalleled.

Unadulterated: It must be true to the original freeware spirit and free from bundling – toolbars, OpenCandy and the plethora of other generally unrelated cr*p which has become so common place.

Unlimited: It must be not be the poor relation in a ‘Freemium’ distribution model, where the free edition is feature limited/crippled when compared to the ‘big brother’ shareware version.

Once those elements were all in place, it quickly became apparent where my vote would go, and it’s not to a single freeware but rather a collection of freeware… from Nir Sofer.

Nir Sofer distributes freeware in a wide variety of tools and utilities under the NirSoft name; they are all small yet entirely useful, portable, 100% clean, and many are indeed unique. Nir Sofer has been developing freeware for more than a decade and has never, to the best of my knowledge, strayed from the true freeware doctrine.

NirSoft freeware categories include; Password Recovery, Internet, Browser, Network, Disk, and System. Many of Nir Sofer’s tools and utilities have now become part of freeware legend; titles such as ShellExView, Asterisk Logger, CurrPorts, BlueScreenView, MailPassView, ProduKey, are now widely recognized and an integral part of many a toolkit. 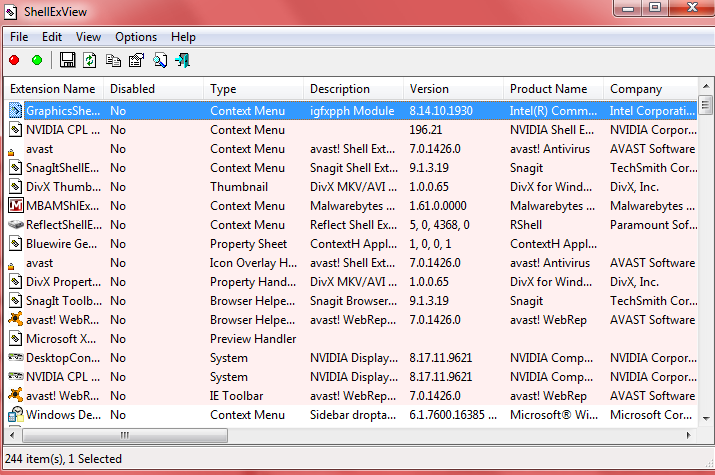 Fairly recently, Mr. Sofer combined many of his excellent products into a single portable application called NirLauncher. Simply run NirLauncher from the extracted executable, select one of the tabbed categories, and double click the desired tool/utility:

All this, more than 100 tools and utilities, is included (in typical NirSoft fashion) in a package weighing in at a mere 13.5MB extracted: 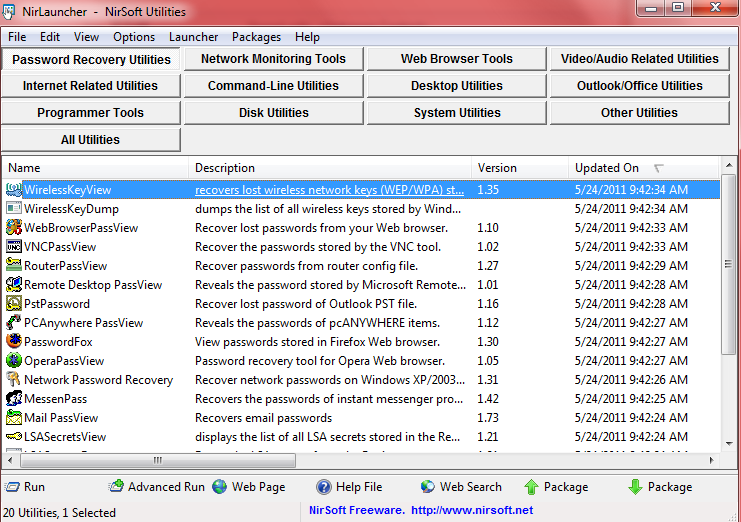 I guess it’s a tad unfair of me to include so many titles in a single choice but hey… considering they all meet the criteria, why not!

Please Note: I’ve mentioned NirSoft and NirLauncher previously and whenever I do, I invariably receive comments from people expressing concerns that some of the titles are flagged by Anti-Virus software… even though I always include assurances to the contrary. So PLEASE do not tell me that the software includes malware… I can assure you it does NOT. Some of the tools/utilities have the POTENTIAL to be utilized for malicious purposes, such as the password recovery tools for example. It’s this ‘potential’ which is being flagged, because AV software obviously does not have the ability to distinguish between legitimate and malicious implementation.

14 thoughts on “My Favorite Freeware”