In 1978 a group of hippie college students left Albuquerque, NM for Seattle, WA. This ragtag group would become the core of a multinational multibillion company. 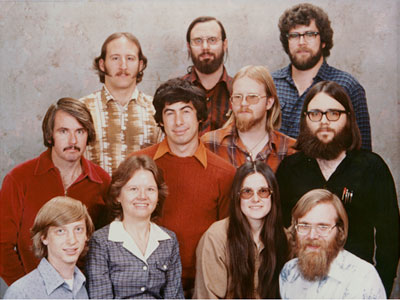 This iconic photo is still on display at the Microsoft campus where it is the star of many photos taken by fans, interns, and tourists alike. The result of winning a radio call-in contest, this photo represents many things to many people, but who are the subjects and where are they now?

We all know that Bill Gates (can you tell which one he is in the photo) has retired and moved his interests into philanthropy, but do we really know what happened to the remainder of the ragtag hippies? Business Insider does! They’ve tracked everyone down and have a very nice story, WHERE ARE THEY NOW?, which includes updated pictures and some interesting tidbits of info that I’m sure you’ll find entertaining!