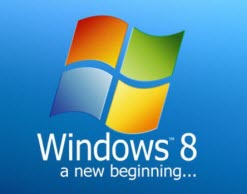 It’s been a long time practice for many Windows users to wait until the release of an SP1 before actually migrating to any new operating system, and it seems Microsoft is working toward convincing these users otherwise. In an uncharacteristically short post entitled “Updating Windows 8 for General Availability“, Steven Sinofsky has announced the availability of a slew of updates for Windows 8 RTM (Release To Manufacturing).

If you are an MSDN or enterprise customer, these updates will be available for your Windows 8 PCs via Windows Update as of today (October 9).

In times past, consumers have typically had to wait until Service Pack 1 (SP1) for Microsoft to broadly distribute these updates. This is indeed a strong indication that Microsoft has learned the valuable lesson of providing unobtrusive yet important updates when they’re ready, rather than allowing them to accumulate and then releasing them all together in one larger, less frequently issued ‘service pack’. Definitely a huge step in the right direction.

During the final months of Windows 8 we challenged ourselves to create the tools and processes to be able to deliver these “post-RTM” updates sooner than a service pack. By developing better test automation and test coverage tools we are happy to say that Windows 8 will be totally up to date for all customers starting at General Availability.

According to the Knowledge Base Article…”This cumulative update package provides a collection of performance and reliability improvements to Windows 8.”

Improvements are listed as follows: