I get a significant volume of email every day and most of it I read it once and I’m done with it. No further action is required.

But I do get some email that I want to save to read later or that requires some action on my part. Prior to iOS 6, I would leave the email as ‘unread’ until I was done with it. Some hung around for a while so that wasn’t a very effective solution.

In iOS 6, you can flag an email for attention later and it’s really easy to do. 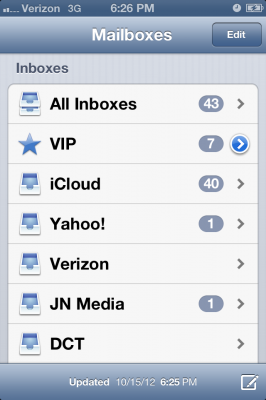 When you open Mail, you see inboxes for your various email accounts as well as your VIP inbox. 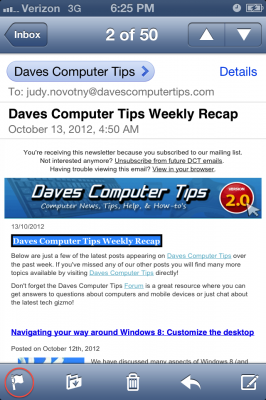 If you open a message and want to flag it for later, all you have to do is tap on flag in the bottom left corner. 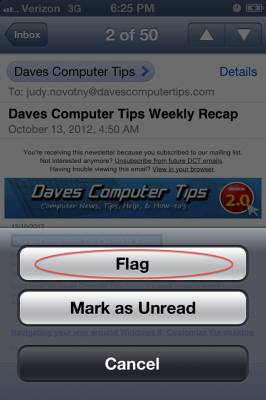 Tap ‘Flag’ to flag the message.

When you go back to your list of messages, you will see a flag on the left side of the message. 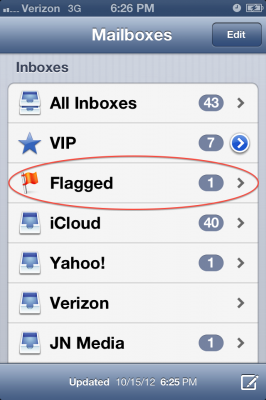 Going back to your inboxes, you will now see a ‘Flagged’ inbox as well as the number of flagged messages.

Opening the Flagged inbox, you will see your flagged message.

To unflag the message, open it and tap the flag on the bottom left just as you did to flag it. Tap ‘Unflag’.

If you have no more flagged messages, when you go back to your inboxes, you will see that the Flagged inbox has disappeared. 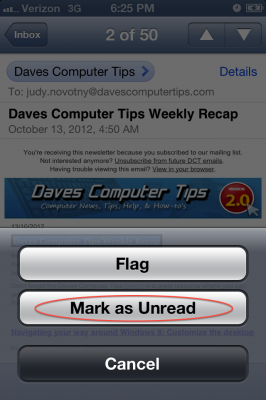 Instead of flagging a message, you can also mark it as unread by tapping the flag at the bottom of the message and then tapping ‘Mark as Unread’. When you return to your inbox, the message will show as being unread.

All in all, pretty easy and a nice feature.  I don’t think that I don’t lose track of important emails nearly as often as I used to.