So you decided to get an iPad.  Now what?  Here are my top ten iPad apps to get you started.

Netflix – While the ‘instant queue’ (aka streaming) content can be a little lacking, I can always find something worth watching. The TV series content is quite good with recent or current series (Bones, Lost, Grey’s Anatomy, Numb3rs) as well as ‘Classic TV’ series such as Star Trek, Cheers, The Twilight Zone and MacGyver. If you are looking for the latest movies to stream, Netflix is not the answer. There is a wide selection of movies in all genres (Action, Children, Comedy, Documentary, Drama, Science Fiction, etc.) to pick from but no recent releases. The Netflix app is free. The subscription for streaming video content is $7.99 / month. A word to the wise – Make sure you go into Settings and turn on ‘Wifi Only’. That way, you will avoid streaming over 3G or 4G which would rack up your usage rather quickly.

Tweetbot – Yes, I know I was just extolling the virtues of Flipboard, but if you are looking for a Twitter app, you can’t go wrong with Tweetbot. Its interface is exceptional and its push notification of mentions or direct messages is great. Even though I use Twitter in Flipboard, I still use Tweetbot for the notifications and its support for multiple Twitter accounts. Tweetbot is priced at $2.99. 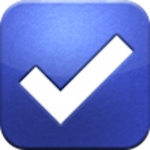 Todo – I know I’ve written about Appigo’s Todo app before but I am a fan. It’s a great ‘to do’ app that lets you specify lists, context and tags. It even provides a ‘location alert’ so, if you are near somewhere that you need to do something, the app alerts you. In addition, you can sync Todo across multiple devices. Todo is $4.99.

Magazines – Pretty much any magazine that you subscribe to has an iPad app. Most magazines will let you get the iPad content free once you enter your subscription info. In addition to the printed content, the iPad apps typically also include interactive and video content. My favorites are Time, Fortune and The Wall Street Journal. The apps are typically free but you can usually only download content with a valid subscription.

SplashID Safe for iPad – Now that you have all of these logons and passwords for your various apps and subscriptions, you’ll need somewhere to keep you logons straight. SplashID also helps you keep track of credit card info, account numbers and pretty much anything else you can think of. At $9.99, it’s a little pricey but well worth it. I have been using it since my Palm Treo days and that was quite a while ago.

Evernote – Evernote is a note-taking app. You can specify multiple notebooks to organize your notes. In addition, you can sync Evernote across all of your devices. While my intent was to use Evernote for work, I actually find it very useful for personal use as well. You can send any web article to Evernote via an Evernote email address. You can also add photos as well. The app is free and allows for 40MB of storage. If you need more than that, the premium subscription is $5 / month or $45 / year.

eReader apps – There’s a good chance that, if you are buying an iPad, you may already have a Kindle or a Nook. If so, I suggest that you download the corresponding app to your iPad. I have an original Kindle and, in my opinion, the reading experience with the Kindle app on the iPad is arguably better than the Kindle itself. Both the Kindle and Nook apps are free.

The Daily – The Daily is sometimes a little too ‘tabloid’ for me but, generally speaking, they have excellent content and outstanding photos and video. You can always find the top news stories of the day as well as some more obscure news items. The Daily also features daily Sudoku and crossword puzzles. The Daily subscription costs are $0.99 / week or $39.99 / year.

While not all of these may be to your liking, there’s probably enough here to get you started.

3 thoughts on “You bought an iPad. Now what?”