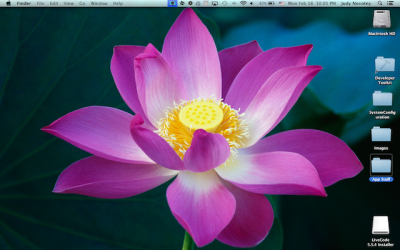 My old MacBook Pro was getting kind of sluggish and I was running out of disk space fairly routinely. With Apple recently dropping the price of MacBook Pros by $200, I decided to take the plunge this weekend and buy a 13” MacBook Pro with Retina Display.

I knew that I wanted a 13” MacBook Pro but wasn’t sure which one. Apple offers four different standard versions of the 13″ MacBook Pro — two with a non-Retina display (base and upgrade) and two with Retina display (base and upgrade).   I decided that I was going to buy a standard configuration at the Apple Store as opposed to ordering a custom configuration online. I started looking at the four standard configurations and realized that I had to educate myself or refresh my memory about a few terms first.

L3 cache (Level 3 cache) is a memory bank built onto the motherboard or within the CPU module. It feeds the L2 cache, and its memory is typically slower than the L2 memory, but faster than main memory.

Turbo Boost enables processor cores to run faster if power usage and temperatures are within limits. For example, if one core would benefit by processing faster while the others are idling or running slower.

Core i5 and i7 are families of dual and quad core processors from Intel. The Core i5 chips are the midrange CPUs in the Core “i” line between the entry-level i3 and the high-performance i7 series.

Dual Core is a single chip that contains two distinct processors that work simultaneously. Everyday tasks can take advantage of two simultaneous processing streams. Application updates and virus scans can occur in the background without interfering with the primary task at hand.

With so much the same, I had to consider what was different.

Price – There was definitely a variety of prices. This was important but I wanted to compare the other features before making my decision.

Processor, Turbo Boost, L3 Cache – Other than the upgraded MacBook Pro having a Core i7 processor, they were all pretty similar. No clear cut winner here for me.

Memory – My current MacBook Pro had 4 GB of memory. I definitely wanted 8 GB so that eliminated the standard MacBook Pro for me. Down to three models to pick from.

Size / Weight – While I may move my MacBook from room to room at home, I rarely travel with it. Dimensions and weight were definitely not a deciding factor for me.

Resolution – With a difference of only $200 in my remaining options, I went for the Retina Display. I figured that I would be disappointed in the long run if I opted to not get it.

So, my decision was made – a 13” MacBook Pro with Retina Display sporting a 2.6 GHz dual-core i5 processor and 256 GB of flash storage.

My husband and I were off to the Apple Store. The person who waited on us offered for someone there to set up my new MacBook Pro for me but I declined and did it myself at home. Per standard Apple procedures, it was as easy as could be with the wizard walking me through each step — language, country, enabling location services, connecting to a network, etc.

Next, I had to transfer the applications and files from my old MacBook Pro to my new one. Apple has an application, Migration Assistant, to do just that. Found in Applications, I ran it on both laptops over my Wi-Fi network. It took about six hours to transfer about 140 GB of data and applications.

Other than entering a few passwords, as is to be expected, the whole setup process was pretty uneventful. Google Drive insists that my Google Drive folder isn’t the correct folder so I guess I will try uninstalling and reinstalling the application. I rarely use Google Drive so it is not a showstopper for me.

In addition to the much improved display, my new MacBook Pro seemed to be smoking my old one so I decided to do a little comparison between my old and new ones. No wonder it’s smoking. My old MacBook had a 2.26 GHz Intel Core 2 Duo processor with half the memory and a hard drive.

All in all, a very worthwhile purchase.