Microsoft has removed the option to adjust your window border width in Windows 8, which was previously located through the Advanced Appearance Settings in Windows 7. You can still adjust the border widths but now it has to be done via a registry tweak. 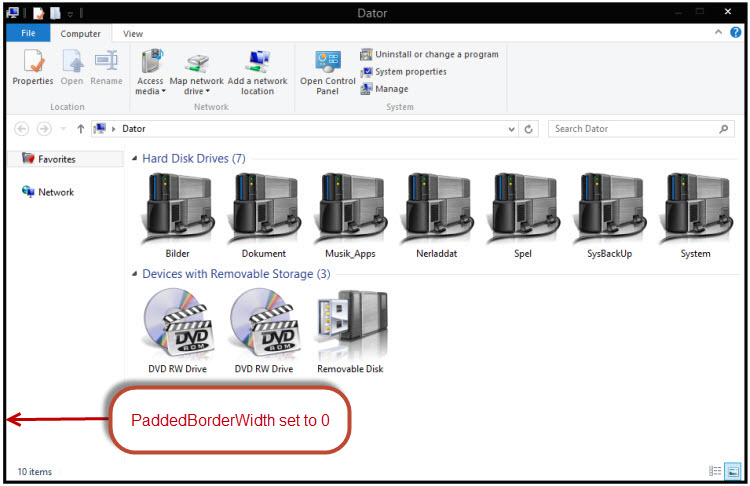 Before we get started usual warnings apply, create a system restore point and/or back up your registry. 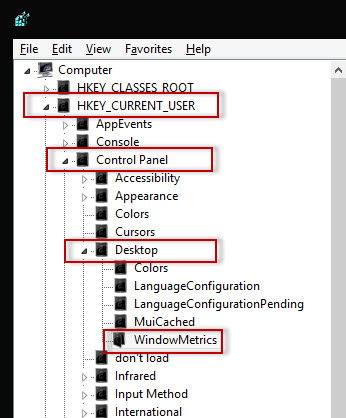 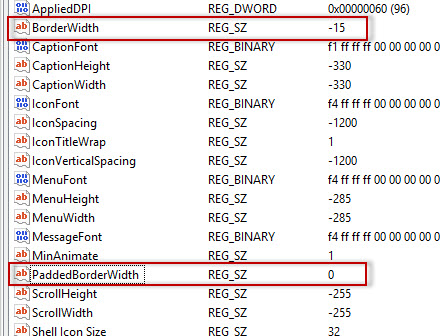 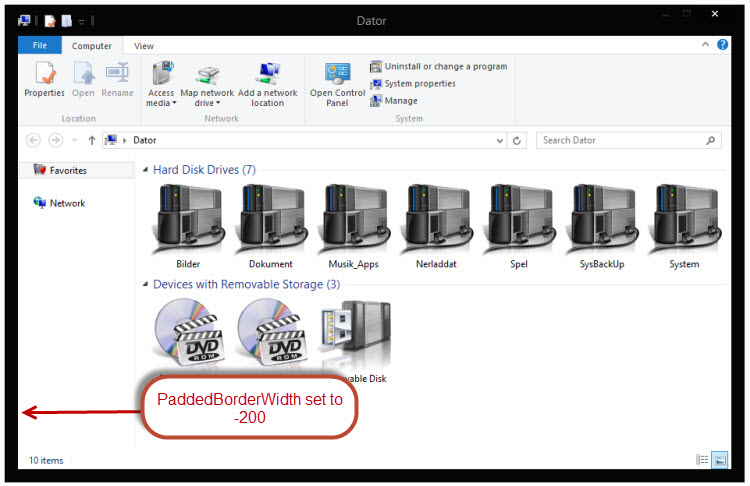 Log off then back on again and open an explorer window, such as ‘Computer’, to see the changes.
If you want to revert to the defaults then go back into the registry editor and set BorderWidth to -15 and PaddedBorderWidth to -60.

Enjoy your windows borders at the width you want.