A new program out of the Stardock stable is called ModernMix. What it does basically is add the Caption buttons back into the Windows 8 apps. Caption buttons for those that don’t know, are the Minimize, Maximize and Close buttons which generally sit in the top right corner of any program or app that you run. I say “any”, but what I mean is any app that didn’t come from the Windows 8 App Store, commonly called Modern Apps. At the moment, Microsoft in their infinite wisdom chose to remove those Captions buttons from the Store Apps leaving us to figure out that the only way to close an app was to press Alt+F4 or drag the app down to the bottom of the screen. 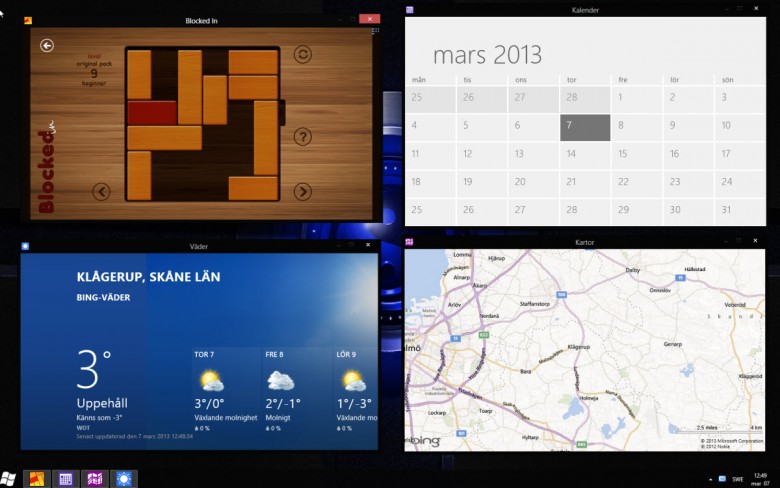 ModernMix isn’t free, it costs $4.99 US dollars so it isn’t expensive. There is a trial version should you want to try before you buy. As I said, it comes from Stardock and is available here.

Once installed, not only will you see the Caption buttons up in the right hand corner of all the Modern apps but a toggle to switch between the default full screen and desktop mode, although I found this unnecessary for my needs and turned it off. You can also toggle using the F10 function key. 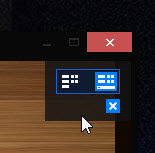 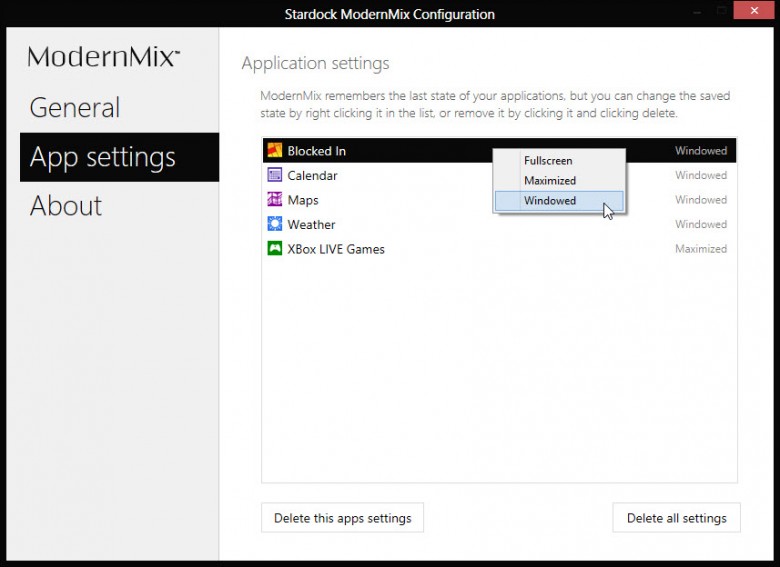 The settings screen allows you to tweak the behavior of how the apps will open. 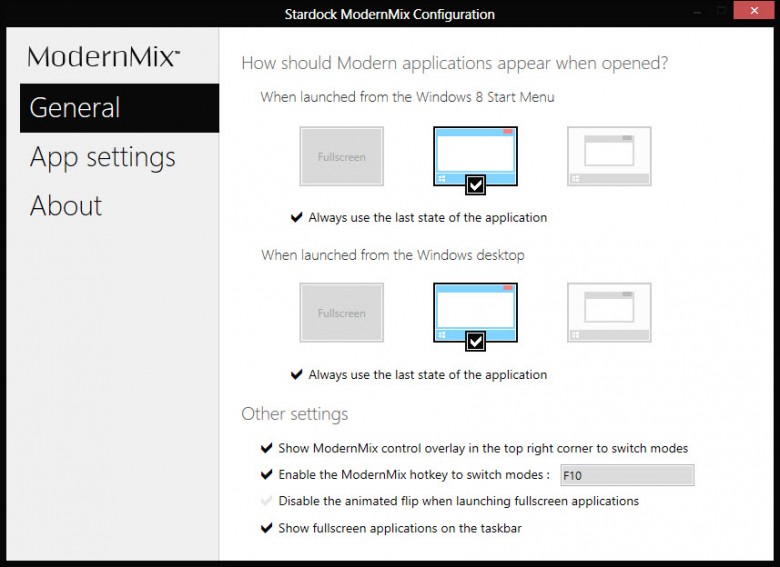 One setting I like is if you have an app open in a windowed or maximized mode then you can pin it to your taskbar by right clicking on the apps taskbar icon and selecting Pin to taskbar. Handy if want to use the modern apps in desktop mode and have quick and easy access to them.

As you can see from the screenshot at the top, I can have as many Modern apps open as I want and can get to them easily, a feature I believe that should have been added by Microsoft themselves.

All in all ModernMix is an app that I will get a lot of use out of for comparatively little cost, and it works flawlessly on both 32bit and 64bit systems.