In 2008,  Edson Smith of the UCLA Mathematics Department announced the discovery of the 45th Mersenne prime number. 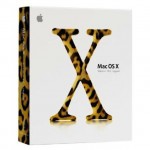