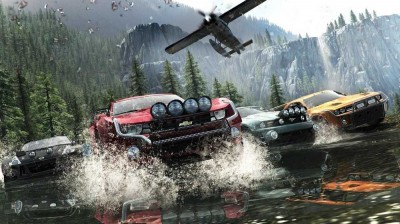 Last week I threw my name into the hat to participate in the closed beta of  The Crew and this morning received the good news that I’d been accepted and would I please be good enough to enter the attached activation key and download the game? No problem sir, that’s a result!

The Crew is best described as an open (sandbox) and persistent world for racing across the United States coast to coast, which in- game can take as little as 90 minutes, whilst the actual single player mission of infiltrating criminal groups along the way is around 20 hours long.

A huge array of cars is on offer from a 1967 Shelby GT500  to a 2012 Bentley Continental GT  and many more will be available by DLC (downloadable content) later on. 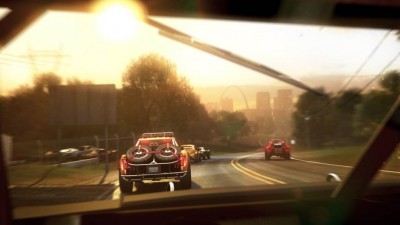 The Crew is one of Ubisoft’s most anticipated next gen games and it’s their attempt to steal the racing game crown from the Need for Speed franchise by EA. Some of the most attractive aspects for me are the single player aspect, the open world element and the challenge of driving from LA to New York for the first time in my life. I mean that’s something you’ve always wanted to do right? I know I have.

What’s it all about then?

Let’s let the good folks at Ubisoft tell you all about this incredible new game whilst I get busy trying it out for you until Friday when the BETA runs out:

An intro from this year’s E3:

This is my example of how to drive around the peaceful streets of Detroit on a sunny Saturday afternoon: