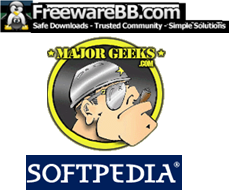 I’ve been testing and reviewing freeware for a long time now, so much so that it has become a large part of my life. From way back when Clif Sipe and Ian (Gizmo) Richards were producing the most respected and anticipated freeware newsletters on the planet. Clif’s FreewareWiki is no more and Gizmo has long since abandoned his newsletters and handed over control of the TechSupportAlert site to a bunch of enthusiastic amateurs. Whatever the motivation for their respective changes in direction, it has certainly transpired to be a somewhat prophetic move.

The plain fact of the matter is, there is very little new or innovative freeware being developed these days, a trend which has been apparent for the past 6 months or so. I believe this is largely due to two contributing factors; 1) the massive deployment of mobile devices and 2) a saturated market.

There is no doubt that mobile devices and their respective eco-systems are the burgeoning technology – smartphones and tablets have proven to be a goldmine for manufactures and developers alike. Why then would freeware developers continue working in an arena which offers very little in return when they have a golden opportunity to monetize their efforts. The growing proliferation of mobile devices has produced an environment where overnight millionaires are not uncommon – even if an app on sale for a mere 99 cents were to establish only a relatively small percentage of market penetration it would still earn the developer a lot of money. And, it seems, the mobile device demographic includes a lot of users who are quite willing to reach for their credit cards. If you were a developer, bearing in mind the imminent release of Windows 8, would you be developing new freeware for the desktop or new apps for the Metro app store?

Windows has been around for a very long time – the development of Windows and associated freeware have gone hand in hand for a little over 30 years. Little wonder then that innovation in freeware has come to a virtual standstill – any and every eventuality has surely been covered by now. We still see new titles being released of course but they are more often than not merely replicating existing established products. The remainder are generally small tools, specifically designed for developers and businesses, which are of little interest to the the likes of you and I.

I actually came across a new anti-virus freeware a few weeks ago. Should I review it? Pass the information on to our readers? The blurb on the product home page sounded good but the developers were unknown to me. Besides, we already have a plethora of reputable products in the genre to choose from. Why would anyone in their right mind risk their security with an unknown quantity when there are so many established alternatives available. That’s part of what I mean by a saturated market.

I guess the main point of this dissertation is to showcase that the massive deployment of mobile devices has not only impacted hugely on the way we interact with the digital world, it has also dramatically altered, perhaps irrevocably, the industry’s laws of supply and demand.

On the plus side, this has opened up a fresh if somewhat restricted field for new freeware – syncing twixt mobile devices and the home computer. In my next article I’ll be taking a look at one such offering called ‘Polkast’ – which claims to localize the cloud. So I guess there’s still hope yet, at least for one little old Aussie freeware writer. 🙂

Oh, and I sincerely hope you all enjoyed a very happy and safe Easter.

3 thoughts on “Freeware writers – are we a nearing extinction?”