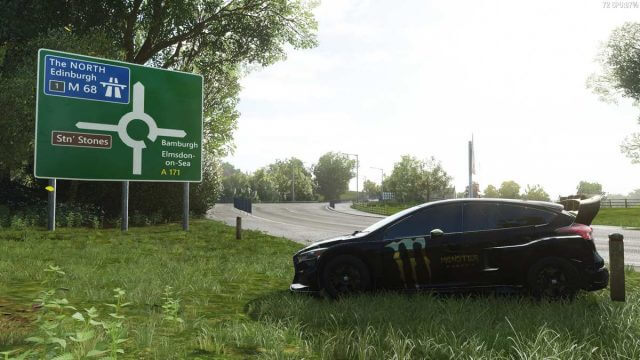 Following my previous Forza Horizon 4 overview, I’ve now had about three weeks to explore the game in more detail, run plenty of races, acquire loads of new cars, dress up my beautiful avatar in garish outfits and have him emoting just as the game intended – which is the whole point of this, the second part of my Dumbed Down Overview.

I remember being nicely hyped up for this game when the trailer was released out of the blue back in July and not long after, the demo came out and we were all treated to some gorgeous vistas of the British countryside. Then, at the stroke of midnight on October 2nd, the game was unlocked, we revved our engines, zoomed through the Lake District, on up to Edinburgh and then down to the quaint villages of the Cotswolds in the heart of England. Being British, I know all of these beautiful locations very well and have driven them in a variety of cars, from Jaguars, Ford Cosworths to Triumph Spitfires, so the delight and a feeling of actually being there was very real. Details that one can relate to only from a home country perspective, such as road signs, dry stone walls, potholes in the roads, wooden telegraph poles, the shape of the towering electricity pylons, country pubs – all those quintessentially British landmarks – so different in all countries of course, but instantly recognisable – are all there and much more. I almost felt homesick, in fact. 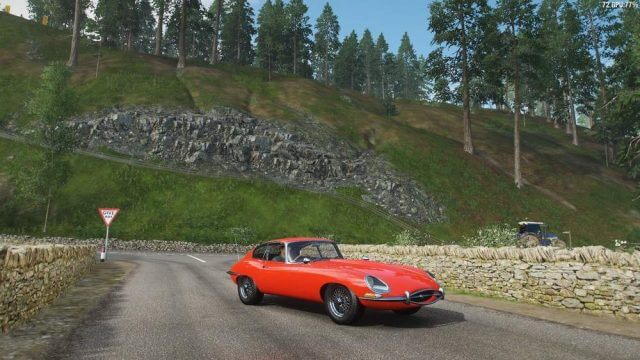 When you look at the E-Type in the above shot you know you’re somewhere in the UK because of the dry stone walls, the road signs and possibly even the road surface itself. 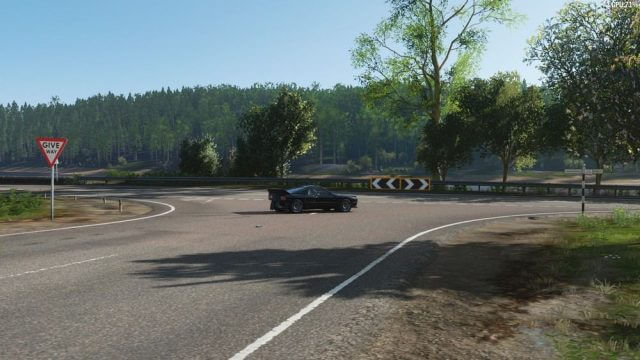 According to the British game developers, Playground Games, the designers went to all the real locations in the game, minutely photographed details such as road surfaces, stonework, flora and fauna, and even brought back samples to their studios so that they could be photographed even more accurately. That kind of attention to the minutiae is evident and as I drive around I often find myself stopping the car and invoking drone mode just to admire the scenery, sometimes forgetting that I’m in a racing game of sorts, which brings me to the car racing itself.

Four Seasons And A Few Races 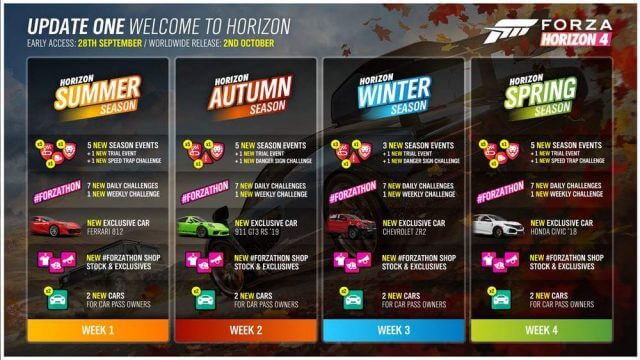 As you would expect from a Horizon game, the minute you fire it up for the first time there’s a host of races and challenges on offer. The more you progress through the game, adding points and credits along the way, showcase events open up and every week in real time, the seasons change globally for everyone who’s playing the game. This adds variety and a sense of real-time progression, whilst also adding numerous challenges, especially in winter, but it does have its drawbacks. 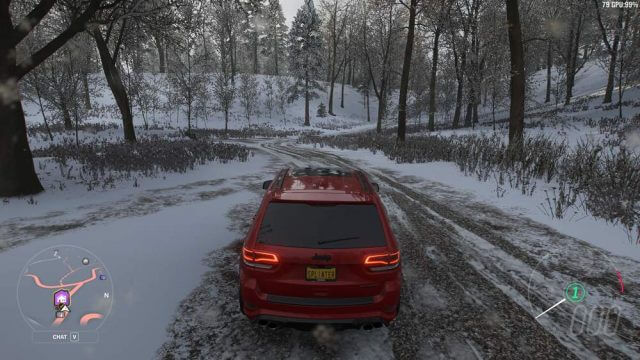 Well, now that I’ve arrived at the spring season, the map is almost bereft of races, championships or challenges, because I appear to have completed most of them already. This confused me initially, thinking that perhaps I’d missed something on the map, but no, a new season had arrived and the world was deserted, apart from a drift zone and a seasonal James Bond Edition championship which requires me to hand over real money to the tune of £7.99 (about $10.32), all with the catchy phrase, “Seasons change everything“. 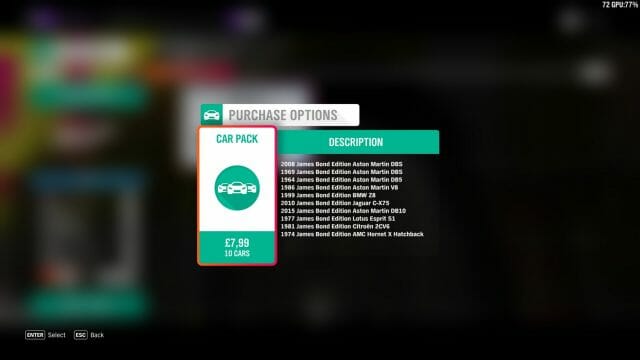 Having already handed over $55 for the game in the first place, it’s a bit rich expecting us to then pay a further 20% of the game’s value for ten cars and a handful of races when all these should have been included in the first place. Sorry lads, but these seasons don’t actually change very much at all and having to be stitched up for original content is money grubbing at the very least.

At this point I became completely disenchanted with Forza Horizon 4 – a culmination of all the points mentioned in my previous article including dressing up idiotic avatars, assigning them ridiculous emotes and winning dolls’ house clothes and hats in the wheel spins. To find that a new season had arrived promising new content, but that I was in exactly the same position as before, i.e., not being able to progress to more races and challenges, effectively brought the game to a sharp halt for me. Bearing in mind that the game is being hyped absolutely to the max, not only when the release date was announced, but through the demo phase, seasonal changes and content announcements, it seems that what’s been promised is far more than was actually delivered. 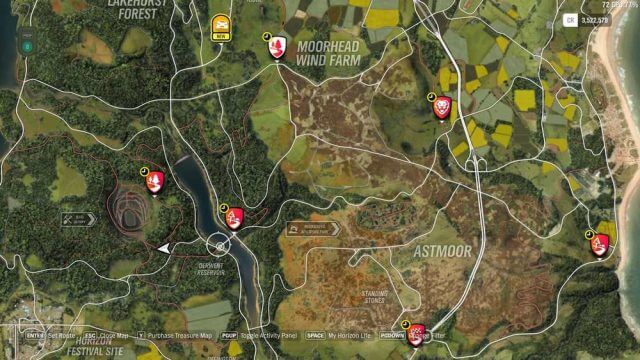 Comparing this game to its predecessor, Forza Horizon 3 (FH3), is entirely appropriate because that’s a game I still play after nearly two years because it contains all the aspects which give it staying power, which is the Holy Grail of any game. In Forza Horizon 4, much of that has been stripped out in favour of races that my grandmother could win blindfolded, an avatar-driven presentation, wheelspins that reward you mainly with rubbish and a content system that favours ten year old kids whose only aim is to participate, but not necessarily win, and then emulate their avatar in an emote dance when the race has finished. See for yourself:

I’m not the only one who thinks like this either. At the official Forza Motorsport community site, the lack of content and general dumbing down of a once excellent franchise is taking up pages of forum posts and threads by people who are sick and tired of gaming companies pandering to the lowest common denominator in order to simply become a cash cow. Fortnite and Player Unkown Battlegrounds (PUBG), at least don’t pretend to be anything other than Battle Royale games, so when you sign up you know exactly why you’re there and what you’re going to get, i.e., fancy outfits, avatar customisation in a micro-transaction driven world. The similarities to the new Forza game are alarming when you take a gander at the pictures below: 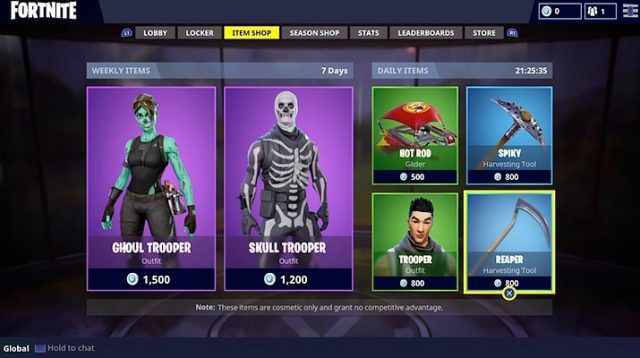 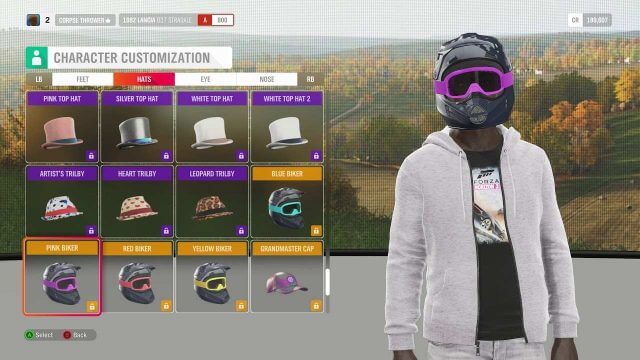 Perhaps it would be easier for me to sum up my view of Forza Horizon 4 as a list of pros and cons thus: 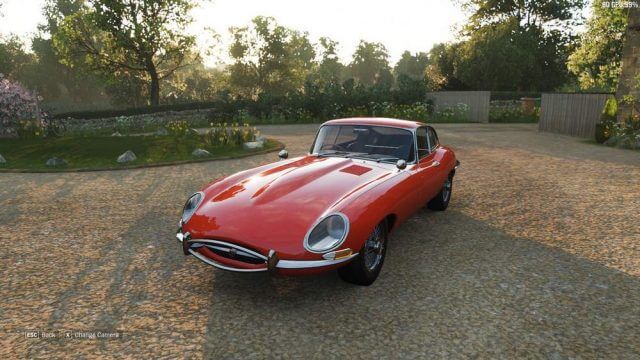 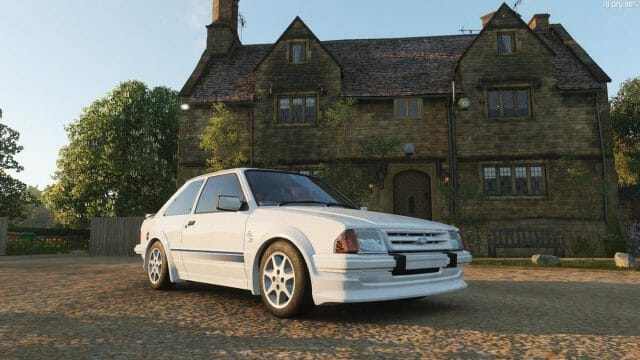 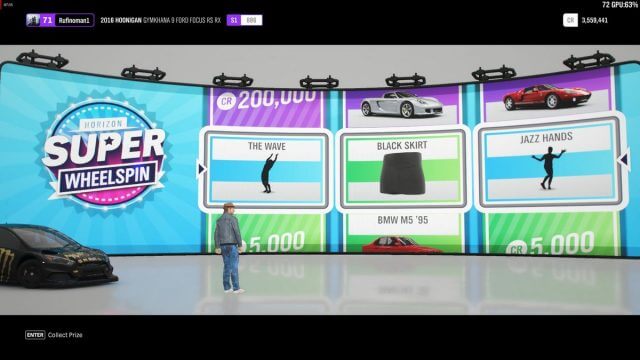 In short, the continuity and immersion of the game has been compromised in favour of the pretentiously named Horizon Life, which encourages players to live the Horizon lifestyle in a Sims-like, social media universe with far too much emphasis on meaningless cartoon characters that add nothing to the enjoyment of what is supposed to be a racing game. On the contrary, these unnecessary adornments (especially when you win them on wheelspins) distract from the very essence of the racing and competitive spirit of Forza Horizon.

The Forza Horizon franchise is first and foremost an arcade racer, where the car you choose (and how you tune it), has always been the most important element of the game. When the race was over, you collected your credits, XP points and possibly a wheelspin, and moved on to the next race or championship feeling pretty chuffed with yourself. This fourth iteration has lowered the bar considerably by pandering to this new age of emojis, emotes, avatars and attention-seeking fake personalities. When I win a race on FH4, yes I’m pleased – until the wheelspin – because I know the odds are stacked in favour of me winning more clothes for my ever expanding wardrobe, for which there is no wheelie bin unfortunately. Kind of takes the shine off the win in no uncertain terms – insert Anglo-Saxon term here where appropriate. 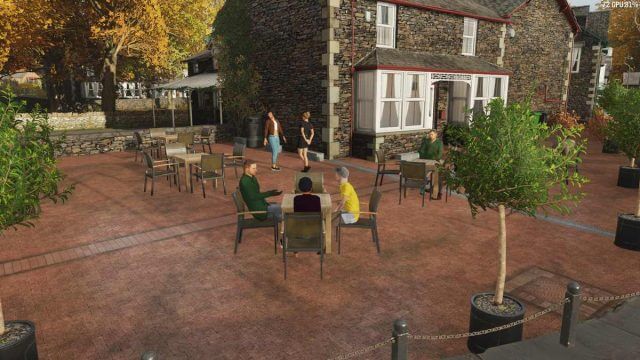 Take the picture above for example. I’m imagining that it could be an English pub, so I don’t understand why these derps are sitting around without even a drink in their hands. Are they waiting for a bus? Attending an avatar conference? Or are they comparing emojis? Hardly realistic is it?

On the other hand, this is what I like to see in an arcade racing game. 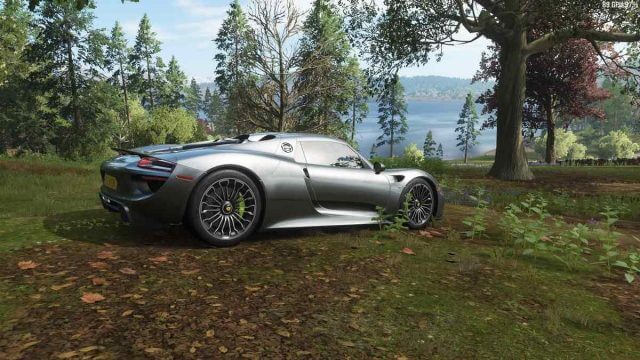