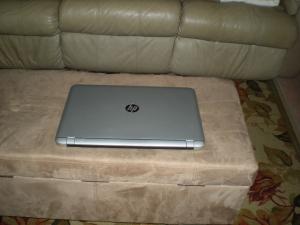 Like to share my experience with this HP Pavilion HP 17-g121WM laptop my Wife's sister brought to me over the weekend. She thought she had a virus when at boot up it would display "VCRRUNTIME140.dll" was missing.
Off to Google I go and do some research and find this is tied to the Accelerometer.exe and HP's 3D Drive Guard, which is supposed to protect the PC's drive if the laptop is accidentally dropped. This was all fixed by uninstalling the 3D Drive Guard program and downloading and reinstalling with HP's SP78033 update.
She was running W10 version 1607 and the machine was trying to download W10 version 1703, but was being blocked because of a needed bios flash, at least that was what Windows was saying. Off to Google again and sure enough HP had issued a bios flash update with the SP80252 update. After flashing the bios, the machine started downloading and installing the Creator update version 1703. After about 6hrs of running the Creator update was installed.
At this point I was going to let Her have the PC back, and it was already late for Saturday night, but the next morning I powered the machine back up and went too windows update and was greeted with the Fall Creator update downloading. You guessed it, and another 6hrs downloading and installing.
The updating all went well, but I for one just do not see why the updates have to be so big and why they have to be delivered the way they are being delivered. My Sister-In-Law would have been perfectly happy with the Anniversary update, it would seem MS thinks differently. Daniel.

Do you remember when we had Windows updates every month? Those patches were a tiny inconvenience since sometimes it seemed like we were receiving weekly updates.

Then MS would bundle a large package for those who were not installing those tiny ones, for fear of causing the blue screen freeze.

And now, Windows 10 is giving it's users no choice, but dumping all the patches in a monster package. This is called progress (while I dislike to add salt to your open sore, and chuckle with my 8.1), Mindblower! 🙂

Hi Mindblower,
All I can do is work on them, and try to bring them back in order and I need all the ----- points I can get, in this family. Thanks for the comment. Daniel.