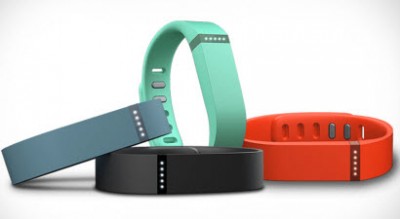 It is no secret that I love gadgets.  My first gadget was a Palm Pilot that my husband, Richard,  gave to me as part of my 20th anniversary present.  At first, I was taken aback, figuring what in the heck was I going to do with a Palm Pilot.  I’ve never looked back.  I have owned a myriad of Palm devices, a BlackBerry or two and untold Apple devices.  I have been holding out for the iWatch as my first wearable device.  With rumors that iOS 8 is health-focused, it will probably be here within a year.  But, with that uncertainty, I took the plunge and bought my first wearable – a Fitbit Flex.

I decided to get a Fitbit Flex in a sort of roundabout way.  My husband ordered a NikeFuel from the Apple Store.  It was too small so we visited our local Apple Store to exchange it for a larger size.  We saw the Fitbit Flex there.  It monitors your sleep, something that the NikeFuel doesn’t do, so he decided to go with that instead.  I set it up for him but he decided that he still wanted a NikeFuel. The Fitbit only uses lights for notification whereas the NikeFuel has a text-based display, which he prefers.  I have thought about getting a Fitbit off and on for quite a while.  After having set one up for my husband, I decided that I wanted one.  So we went back to the Apple Store where he got his NikeFuel ($149) and I got my Fitbit Flex ($99).   I exchanged the black one that he had purchased for a pink one.  My husband and college-aged son always opt for black devices and cases.  So, I’ve gone all pink so I can tell which ones are mine.

The Fitbit is a wristband that has a display with five lights.  The lights let you know how you are doing.  If you tap the band twice, between one and five lights will turn on, indicating how much of your main goal you have met. There is also the online dashboard which lets you drill down for additional information.

I’ve determined that if I want to accomplish something, I’m much more prone to do so if a gadget is involved.  I am hoping to become more physically active.  It certainly wants to help me to do so.  It tracks my activity in terms of miles, steps and ‘active minutes.’  It also tells me how many calories I’ve burned.  You can also input your water and food intake and it tracks that for you as well.  You can set up a food plan if you are so inclined.   The sleep log tracks how long you sleep and monitors if you are restless during your sleep or not.  It also has an alarm feature.  It vibrates when an alarm goes off.

You can set your own goals for steps, distance, calories burned and active minutes.  When you meet your main goal, the Flex will vibrate and its lights will pulsate.  The step

There are mobile apps for both iOS and Android.  The Flex syncs to your device via Bluetooth.  I am a little concerned about this since this will definitely impact by iPhone’s battery life.  I will have to wait to see how badly.

The unit is rechargeable using the provided USB cable.  A charge lasts for up to five days.

There are several companion apps available. I am using the Fitbit Low Battery Notifier which will send you a message each time your Fitbit needs to be charged.  Email notifications are free;  text message notifications are available with a donation.