The three Web sites involved, applanet.net, appbucket.net, and snappzmarket.com, have been accused of infringing copyrighted material, namely mobile device apps. The Federal Bureau of Investigation conducted the operation by downloading “thousands of copies of popular copyright apps” from the sites. The agency didn’t specify which apps, but the hosting servers were based overseas, leading the FBI to call on international law-enforcement partners for help.

The seizures are the result of a comprehensive enforcement action taken to prevent the infringement of copyrighted mobile device apps.  The operation was coordinated with international law enforcement, including Dutch and French law enforcement officials.

The seized sites are still online but Visitors will now be presented with the following banner: 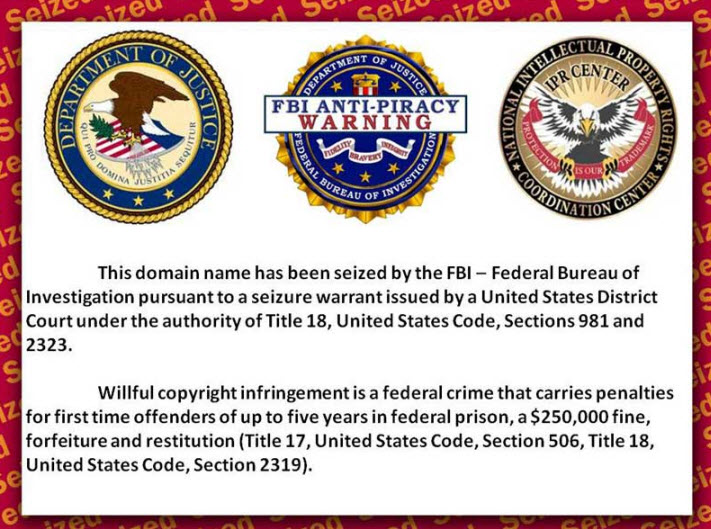 I visited all three sites and strangely, the banner displays on only two, appbucket.net and snappzmarket.com. The third, applanet.net, appears to be open for business as normal.

The USDOJ report also includes the following ominous statements – ominous for the cyber criminals that is:

Although no arrests have been announced to date in connection with these seizures, the DOJ’s message seems clear enough… piraters beware!!