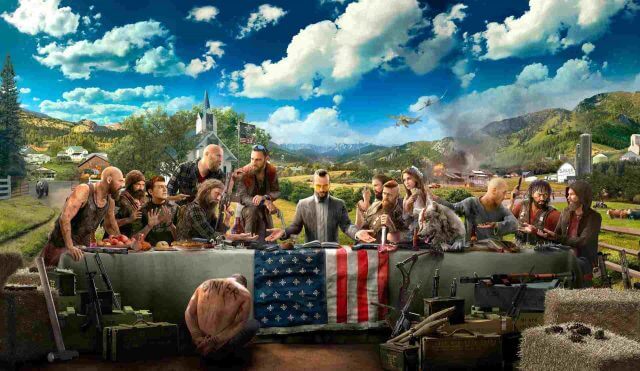 Taking America back in 2018

Last week Ubisoft Montreal revealed their new game in the Far Cry Series, to be named rather unsurprisingly Far Cry 5. But what is a little surprising in these enlightened times, is the reaction to the theme and setting of the game. The Steam community alone has gone into righteous indignation mode, the like of which I’ve never seen before and here’s why.

Far Cry 5 is set in Hope County, Montana where a religious cult known as The Project at Eden’s Gate has taken over the entire county and, for reasons unknown is hell bent on taking on the might of the US government. The core of the in-game action is the religious recruitment group known as The Heralds led by one Joseph Seed– the bearded one at the last supper in the picture above– and one imagines that the methods used to recruit new members are a far cry from your average Women’s Institute garden party.

I am your Father and you are my children

You play the game as the county sheriff determined to take back Hope County from the cult, which presumably is where the action begins. Reminiscent of The Waco Siege meets Deliverance meets Jim Jones and in a deliciously punctual dig at a divided modern day America, Ubisoft has chosen Montana as the battleground. However, what I know about that particular American state could be written on the back of a ballot slip; except I have heard of Montana– it’s that huge tract of land near Canada, Wyoming and Idaho, where skies are big and buffalo possibly still roam the prairie. Oh, and it’s mentioned by Capt. Vasili Borodin in The Hunt For Red October:

I will live in Montana. And I will marry a round American woman and raise rabbits, and she will cook them for me. And I will have a pickup truck… maybe even a “recreational vehicle.” And drive from state to state. Do they let you do that?

But he didn’t make it to that wilderness state and now it’s up to us to take it back from the Scientology look-alike cult that has ingratiated itself into lil ‘ol Hope County. But boy oh boy, what a storm this game has caused already, a mere nine months before its release in February 2018! 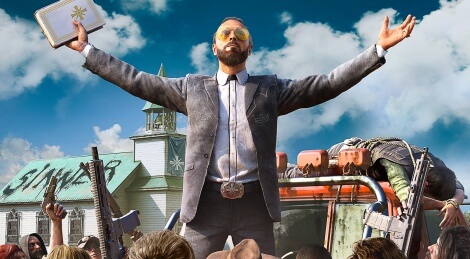 …or let’s not. But that’s not what thousands of gamers and other commentators would have you believe. Ubisoft must be falling over themselves to get this game finished and if they’re not chuckling over their Busch Lites, then I’m a born-again Christian. To say that the Far Cry 5 discussions over on Steam and other gaming communities have exploded would be an understatement, with labels such as Snowflake, Uncle Tom and bleeding heart liberals being thrown around with gay abandon, whilst educating my sparse vocabulary in more ways than I could possibly have imagined (except the recent US elections of course). There have even been calls for the game to be banned, extending to a rather bizarre petition, which some are looking on as a parody of a petition, which would be delicious if it were true.

We, the American gamers that make up the majority of your userbase, demand to you cancel this game…

Even the French have been dragged into the storm for no other reason than Ubisoft is a French-owned games developer, yet stand accused by some of all the usual crimes such as running away from the Germans in WW2, hating the “stupid uneducated Americans” and painting Trump supporters as “religious zealots”. My oh my, lordy lordy, what a tizz we’ve gotten ourselves into, which prompts me to suggest that it might be worth re-visiting previous Far Cry titles just to see what the fuss is really all about. 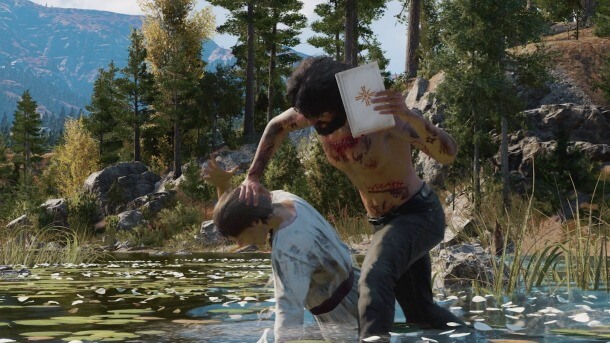 It seems to me that Ubisoft took elements from all the previous Far Cry games, threw them in a pot, stood back and scratched their collective corporate heads at Ubisoft Towers, Montreal with I imagine, the board meeting going something like this:

“What can we give our American cousins across the St Lawrence that will cause them to froth at the mouth and start shooting each other again?”

“How about we throw in a bunch of flaky, bible-bashing religious nutters and pit ’em against the local red-necks in some God forsaken corner of Montana?”

“Parfait! That should appeal to the flocons de neige . Game signed off. A bientôt!” 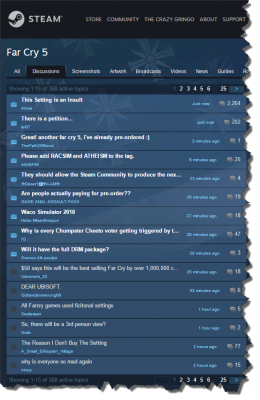 And so was born the world of Far Cry 5 in the image of Hope County, Montana and a rolling avalanche of indignation from many gamers who feel that they are being portrayed as Aryan, anti-American white supremacists. Pardon me again?

Here are a few examples from outraged gamers and please bear in mind that these comments are in the public domain, where nothing is private.

“This game is specifically targeting the conservative white bible belt community, which is the cultural centre of modern day Americana…”

“Christian whites are accused of something that didn’t even exist, like ever, but did exist on the left…”

and my personal favourite…

“…where America, objectively the greatest country on earth by all economic, cultural, and power-based factors, is actually a subject of pride and where patriotism exists…” 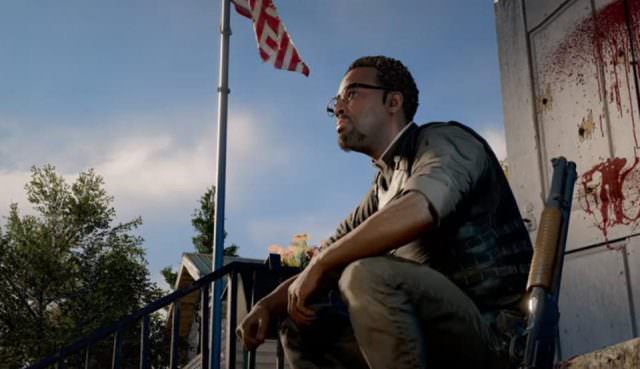 If I’m not mistaken– and I’ve played all the Far Cry games to date– what gamers have been asking for is more grit, more realism, great action scenes and a storyline that, if not entirely realistic, should be one that they can relate to. On the other hand, what many gamers don’t admit to is that they would prefer the game not to be a mirror image of themselves and the world around them. Perhaps in that respect Ubisoft has just called their bluff, upped the ante and with the added irony that Far Cry 5 will more than likely be Ubisoft’s highest selling game of all time. One has to wonder then, if that small detail is lost on the columns of marching social justice warriors who no doubt make up the majority of those venting their indignant spleens all over the internet, because they’ve just found a new cause to get offended about and will probably buy the game when the lights are turned down.

Anyway, here’s a taste of what you can expect from Far Cry 5 in all its bigoted, white supremacist glory.

Get the drift? I certainly did, yet I always imagined gamers to be at the pinnacle of self deprecation and the search for fantasy, but perhaps I’ve been living under a rock for the last several years. Who knows? From the blood, guts and demons of DOOM, the murderous slayings of Tomb Raider, to the grotesque horror of The Evil Within– at which most gamers wouldn’t even flinch– maybe we find ourselves looking into that mirror and, being a little too close to home it makes us uncomfortable and twitchy.

For my part, my knowledge of contemporary America is what I read in the news and, with a little more digging around, the numerous blogs and documentaries that abound on the US gun culture, on which most of us are agreed– it’s here to stay, and if Ubisoft has rattled that cage, they surely know they’re onto a winner.

Will I be buying Far Cry 5?