The Battlefield series kicked off in 2002 with Battlefield 1942 and has a huge following of dedicated fans who have followed the game right up to BF4‘s illustrious predecessor Battlefield 3.

Being primarily a multiplayer/team based game, BF4 also tags on a single player element in Campaign mode, which is the main focus of this review, as single player games are getting a rough deal lately and are very often an afterthought in a game’s development, simply to pacify the few single player fanatics that remain.The good news is that this is not a console port and to play the game in all it’s glory, you’re going to need a beefy graphics card. 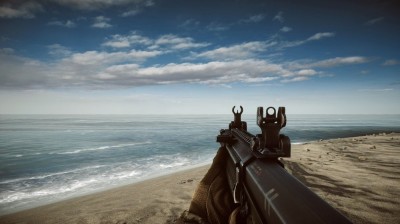 The game opens with you being thrust into the action from the get go and the characters immediately come to life as you are forced into a life or death decision, quite literally. Not exactly a moral choice as seems to be the vogue nowadays, but at least Bonnie Tyler is there to hold your hand.

To say the single player game is linear would be understating the fact, but maybe that’s the point as it’s an excellent practice ground, should you decide to go multiplayer.

Once released into the wild, the most striking feature you’ll notice of this much hyped game are the the graphics, which are quite breathtaking, thanks to the Frostbite 3 game engine. 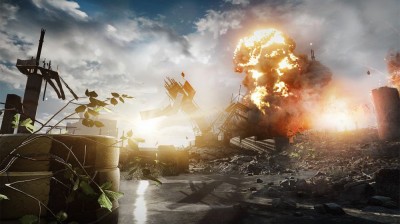 The attention to detail is stunning, from the weaponry, the foliage, the shimmering water and the endless destruction around you. At times during the game, I found myself just standing and gawping until I rather carelessly got my head blown off, courtesy of a sniper shot.

DICE have fine tuned the destructible nature of buildings, trees and other game objects to levels of lifelike reality. Toss a grenade at an enemy hiding behind a tree and not only will the poor soldier cop it in a painful manner, but the tree shatters in splinters and cascades down with a thud.Very satisfying indeed.

The single player campaign sprawls over several vast locations,including China, Suez and Azerbaijan. You’re working as part of a team and although it’s all very scripted, linear and quite short, the action never pulls up and you’ll certainly find yourself coming back from the dead more often than you’d wish.

Some neat touches include a spotting key (Q) you press, which highlights or paints enemy targets ready for your helicopter support to annihilate them from above, which they carry out very effectively, allowing you to advance your platoon’s position. 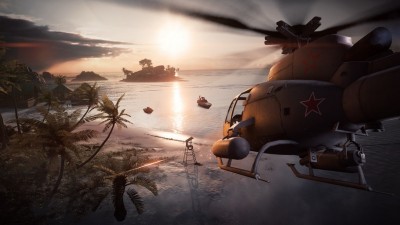 The storyline, such as it is, grittily conveys a global conflict involving China, Russia and the United States, using all modern available weaponry and boy are those weapons fun to use, but not nearly as much fun as the range of vehicles available, including boats, helicopters, tanks and jets.

Clearly the developers have worked closely with those involved in military operations as the intricate detail of the weapons attests. The detail is simply awesome and gamers notice details such as recoil, reload sounds, discharge bangs and every other noise associated with warfare. Sound is a vital element in a game and no more so than a combat game and hearing the enemy scream when he’s hit is not only realistic, but downright scary. I loved it.

Unlike other games of this genre though, it’s not a blood and guts affair and if gore isn’t your thing, then you’re in for a pleasant surprise.

How fast can she go? 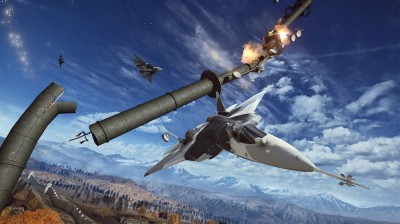 Battlefield 4 can run in either 32 or 64 bit and if you are able, you’d be well advised to run it in 64 bit and utilise all your memory. The difference is very noticeable and if your rig is toting 8gb or 16gb, you’ll be glad you slotted all that memory in place and it can finally be used as intended.

The system requirements quoted on the OFFICIAL BF4 page are a little surprising for a game of this quality and for EA to suggest an Athlon dual core, 4gb RAM, 32 bit OS and a Radeon 3870 is laughable.

This game needs a minimum of a Quad Core CPU, 8gb RAM, 64 bit OS and at least a Radeon 5770 1gb. In fact, our test rig with these specs maxed out, just about managed to keep up, but there was very noticeable lag on Ultra settings.

The ideal set up would be a Phenom II X 4, 8gb RAM, 64 bit OS and a Radeon 7950 3gb or Nvidia/Intel equivalent with the large amount of VRAM playing a crucial role in displaying Battlefield 4 in all its glory. 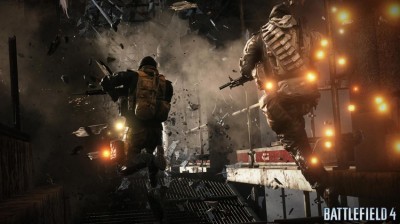 Installation is a no brainer since the ORIGIN game client is mandatory and all the required files and updates are taken care of behind the scenes in a simple and efficient manner.

Running the game will take you directly to the Battlefield web page, where you can choose game options such as campaign or multiplayer. Naturally, playing online will give you all the multiplayer benefits, but offline mode is also possible via the game client.

Depending on the graphic settings you choose at set up, the game runs without a glitch straight out of the box and as you marvel at the graphical loveliness that abounds throughout, this game will satisfy the most demanding of FPS fans.

Coming very shortly! We have a boxed DVD edition of Battlefield 4 with genuine license key to giveaway to one of our subscribers, details will be published soon.

To make sure you don’t miss out on this and future DCT giveaways (hint: we have another Windows 8.1 boxed DVD with genuine license key following on after Battlefield 4), you can subscribe to our RSS feed, or the DCT Faceboook page, or to our regular newsletter. 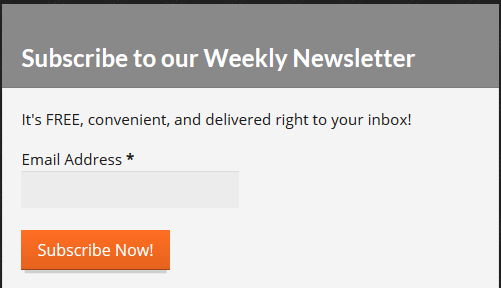 Simply pop your email address into the box provided in the right hand sidebar and click the Subscribe Now button. Too easy!

11 thoughts on “Battlefield 4 – Review and Giveaway”