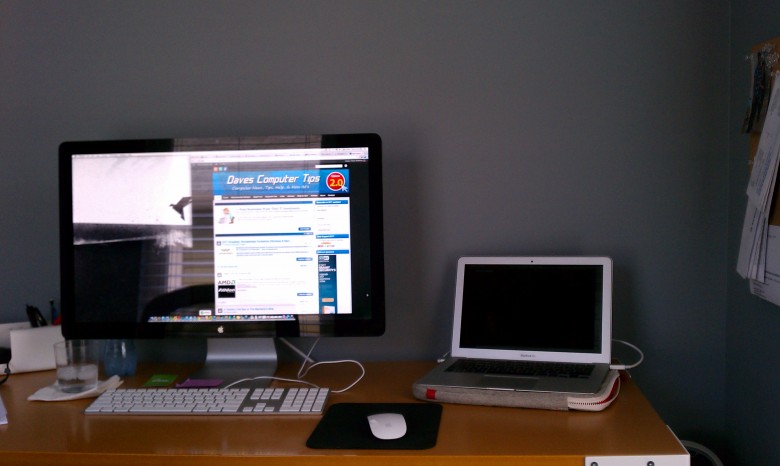 This has been my setup for the past month: Mid-2012 Macbook Air Connected to an 27″ Apple Thunderbolt Display. I love it. It’s remarkable.  The better than HD, 2560-by-1440 display really makes looking at everything else seem like I should get my contact prescription adjusted. I work at this desk every day, and then take the Macbook Air home. If I could only have another Thunderbolt display in my bedroom to serve as a Netflix TV / desktop workstation,  then my Air could function as my only computer, traveling back and forth between docking stations–happy to spring  awake from a Power Nap along the way if necessary. There is only one thing keeping me from purchasing a Thunderbolt display and closing the end of the Air’s A to B daily comute: an as-yet-to-be-addressed, absolutely terrible audio issue. 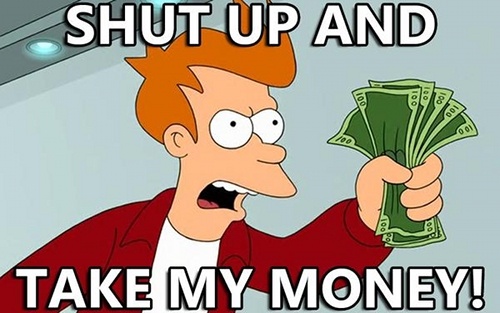 When working perfectly, the Thunderbolt display has surprisingly decent speakers; those built in to the display are better than most televisions I’ve heard. And the Thunderbolt connection and data medium are supposedly incredible. But for some unknown hardware or software related reason, the connection between the Mid 2012 Macbook Air and Apple Thunderbolt display is only good for so long before the audio starts to corrupt. It sounds like the audio stream is an fm radio, and you’re in a car driving away from the station’s coverage, at a decent speed too! At first everything sounds normal, but then after a while, a small static begins to grow in the background, eventually distorting the sound to an unintelligible hiss and hum. The only way to fix it is to open your sound settings and set your output to “external” instead of “usb” for a while and turn it back later, or unplug your connection and plug it back in. Ok, so it’s not the most terrible problem, but it’s terribly annoying. If, I’m going to pay a thousand dollars for a supposedly top-of-the-line monitor, it shouldn’t really have any stupid little issues like this.

I’m definitely not alone in having the corrupting audio feed when pairing the new Air and the TD display, there is even a twelve page – and growing – Apple Support thread of people talking about the exact same issue. So far, Apple has been all but silent on the issue. Some report that Genius Bar employees in various places claim that Apple knows about and is working on the issue, but customers reaching out to the company for support are getting no response.  It doesn’t seem to matter if if you’re running os 10.7 or 10.8, as users of both are talking about the problem. Apple’s lack of a response may be contributing to discussions of whether this a hardware or software issue. The only people’s cure so far seems to be turning off the wifi on the Air, and connecting to the internet via the ethernet cable connection in the back of the Thunderbolt display. Unfortunately for me and many others, that isn’t an option for either of my setups. For now, I’m left to keep unplugging my cable or changing my settings and hoping that Apple is working on this and will fix in in an upcoming update.

I understand that this is the definition of a first world problem, but if I’m going to be purchasing a supposedly first class product, it should be just that. Sure, I could use some 2.0 or 2.1 speakers which would be better anyway, but I don’t like that I should need to. It’s more the principal of the thing. I’m not going to give them money for an incomplete product. (Apple, if you’d ever like to send me any beta test units, I’d love to check them out, but I’m not paying to report bugs.) So please, please please, fix this issue. Tell us you’re working on it. Let me buy a Thunderbolt display and commit to your preferred data stream and thus ecosystem. Apple, please take my money.