[important]I wanted to share this article from our good friends over at PCPitStop. They have just posted an interesting article about drive fragmentation and Windows 7’s handling of the condition with SSD drives. Rob Cheng, CEO of PCPitStop, takes a deep look at Windows 7’s defrag behavior and the affect that provisions created to handle SSD drives could adversely have on users with normal hard drives. The article provides some interesting insights and a caution for normal users so I’ve included it below.[/important]

Is Windows 7 not defragging your computer? 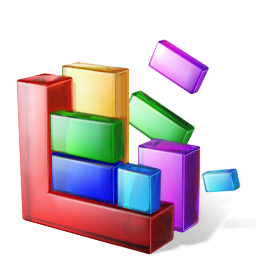 Next comes Windows 7, and it has the same scheduled defrag as Vista, but with a twist. The twist has to do with SSD or Solid State Drives. Microsoft recognized the fact that SSD’s were the future. Solid state drives are a quantum leap in computer storage. Unlike common hard drives, SSD’s do not have rapidly spinning platters, and tiny little heads that read the data from these rotating platters. Instead, SSD’s behave much more like the chip that stores photos in your camera. For all of this, SSD’s are more reliable, faster, and use less energy than their mechanical brothers. SSD’s are awesome, and their only drawback is price. Even today, they are significantly more expensive than regular hard drives, but just like everything else, the gap between SSD’s and HDD’s is decreasing.

Microsoft must have foreseen this outcome. There is one golden rule about SSD’s. Never, ever defragment an SSD. Although files on an SSD do indeed get fragmented, there is no little head running around trying to assemble all the pieces. An SSD drive can access a fragmented file just as fast as a contiguous (defragmented) file. Another documented issue with SSD’s is their life span. The more you read and write to the drive, the shorter the life span. Hence, a very read/write intensive process like a defrag is never recommended for an SSD.

So Windows 7 only defrags what it believes to be a normal rotating drive. In other words, Windows 7 is designed to never defrag an SSD. So that’s the good news. Here at PC Pitstop, since all of our products including OverDrive and PC Matic are cloud products, this gives us an unprecedented view on issues such as these. It took us many months and close to a 1/4 million computers, but here is the scoop on Windows 7 and defragmentation.

If you have an SSD and Windows 7, you will quickly discover than Windows 7 really has no idea that you have an SSD. If you click on properties or look at the drive, you will quickly find that Windows 7 is treating your SSD just like a regular hard drive. We worked very closely with Microsoft on this project and what we learned is that Microsoft has developed a method to ask the disk whether it is an SSD or not. I won’t go into the technical details, but the bottom line is that a LOT of the SSD makers are not following this protocol.

During this time, PC Pitstop developed its own SSD detection algorithm. On all of 1/4 million test machines, it worked all the time. When we showed Microsoft our results, they revealed that they had a secondary way of detecting SSD’s in Windows 7. Windows 7 runs a simple benchmark on the drive and if it is faster than 8 MB/sec, Window 7 deems it an SSD. Here’s some good news, we ran this test on over 5,000 SSD’s and only one SSD ran slower than 8 MB/sec. You can replicate the exact test by running this on the command line in administrator mode.

There are two problems with this implementation in Windows 7 and also we assume in Windows 8.

2 thoughts on “A look inside Windows 7, SSD’s, and Defrag”