We all know that the number of humans on this planet is exploding at an exponential rate. At the current rate, the population is expected to reach 10,000,000,000 (that’s billion, with a ‘B’) by 2100. That just blows my mind. That’s twice the number of people their were in 1987.

In the above image you can see an approximation of our current standing. If you would like to see a full listing by country, you  may click on the indicated link once you get to the site; I will provide a link in a moment.

This image is not animated, of course, but the tickers at the census bureau site keep climbing in a mesmerizing way. I find it hard to look away– it’s a bit spooky if you ask me. 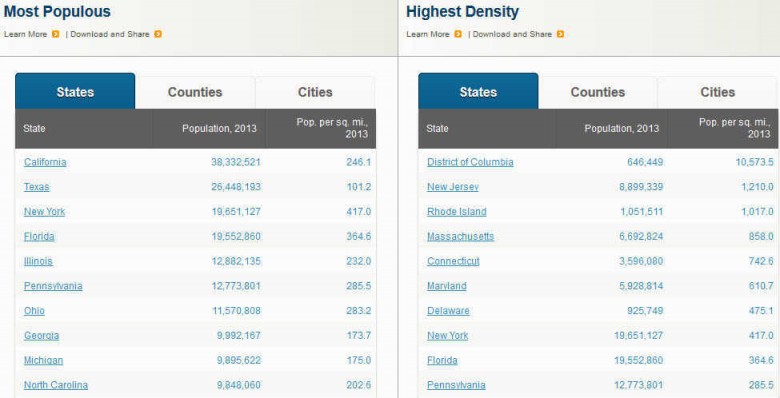 There is more information particular to the United States. This can all be viewed in a number of ways. There are charts that show demographics by region, age and gender. I find it all quite fascinating.

About the Clocks and Estimates

Here’s a quote taken directly from the Population Clock site:

The U.S. population clock is based on a series of short-term projections for the resident population of the United States. This includes people whose usual residence is in the 50 states and the District of Columbia. These projections do not include members of the Armed Forces overseas, their dependents, or other U.S. citizens residing outside the United States.

And here’s the link I promised: http://www.census.gov/popclock/

Warning: Don’t go there unless you are willing to lose a lunch break or more. It’s difficult to pull away. Kind of like a 4X game where you keep telling yourself, “Just one more turn…”

Old debates about birth control, natural resources and consumption are brought back to life when you start giving this explosion serious consideration. Can the planet support this many people? The simple answer is, “No.” Just take a look at these 2013 numbers:

The chart shows the problem is not limited to developing countries, either. Even the US has its own set of serious situations. This demonstrates to me that planet Earth can not sustain this type of growth.

Another serious side-effect of our growth is our destruction of the very ecosystem which we depend on for our lives as a species. We are literally killing ourselves with this selfish behavior. Apparently, it won’t require a wayward asteroid to do us in– we’re managing quite well on our own, thank you.

As always, the complaint is far easier to arrive at than the solution.

7 thoughts on “A Fascinating Site: World and US Population Tickers”