At Michaels stores, the attack occurred at various stores between May 8th of last year through January 27th of this year.   2.6 million cards, or 7% of payment cards used, may have been impacted at affected stores.

At Aaron Brothers stores, approximately 400,000 cards were potentially impacted between June 26th of last year through this February 27th.

Michaels is offering free credit monitoring for a year for anyone affected.

Google may start to favor encrypted sites when displaying its search-engine results.    This would make it more difficult for third parties to spy on Internet users.   Favoring encrypted sites may spur on those that are not encrypted to adopt encryption.  This all comes in the wake of the Heartbleed security bug.

It’s no secret that the FBI has been in the process of compiling its NGI (National Generation Identification) system for years but new information obtained by an EFF (Electronic Frontier Foundation) freedom of information request has revealed the enormous scope of the project.

According to the EFF, the FBI’s facial recognition database is heading toward a massive 52 million images by 2015. The EFF’s main cause for concern though is the large number of non-criminal facial images included in the database, projected to number around 4.3 million by 2015.

Microsoft first announced the introduction of a new ‘Office Personal’ subscription on March 13th this year. Best suited for individuals, the new Personal plan is now officially on sale for $69.99 per annum or $6.99 per month.

The Office Personal subscription allows consumers to download and install Office software on one PC or one Mac (including iPad). This is $30.00 less per year, or $3.00 less per month, than the family orientated Office Home subscription. Both the Home and Personal plans include 20GB of additional storage space on Microsoft’s OneDrive cloud storage service, along with 60 minutes of paid Skype calls per month. <source>

LaCie, the French hardware company, has confirmed in a statement published earlier this week that malware successfully made its way through to access sensitive customer information stemming from transactions on its website.  LaCie speculates that all transactions between March 27, 2013 and March 10, 2014 were open to the breach, which means virtually everyone who shopped on LaCie’s website in the last year is at risk.

Customer names, addresses, email addresses, credit card numbers and card expiration dates are all at risk, as are usernames and passwords which could also have been accessed. LaCie says it has already moved to require users to reset their passwords, the company began notifying affected customers on April 11th.

Any LaCie customers who suspect they may be affected can read the company’s announcement in full here: LaCie Incident Notification 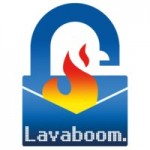 The webmail only service will be free to use up to 250MB, but additional paid plans will be offered in the future.

Strangely, weirdly, whateverdly – I have been trying to connect to Lavaboom.com so I can include a link in this report but the site appears to be down for some reason. I don’t suppose the powers that be have caught up with them already? That would be just be too ironic!