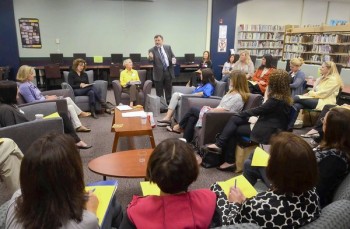 Head teachers at a British local education authority have warned parents that they will report them to the police if they allow their children to play 18+ video games.

If your child is allowed to have inappropriate access to any game or associated product that is designated 18-plus we are advised to contact the police and children’s social care as it is neglectful.

One has to assume that most of these teachers in The Nantwich Education Partnership, Cheshire, England, have children of their own and understand the difficulties associated with bringing up kids in this day and age, which makes the following statement even more bizarre..,

Access to these games or to some social media sites such as Facebook and WhatsApp increases early sexualised behaviours (sometimes harmful) in children and leaves them vulnerable to grooming for sexual exploitation or extreme violence.

Some tabloids are even citing Norwegian mass killer Anders Breivik and his fondness for Call of Duty in the same article, the implication of which needs little explanation. As expected, the video game industry takes the rap for all the ills of the world, as it has done for so many years and no doubt will continue to do for the foreseeable future. 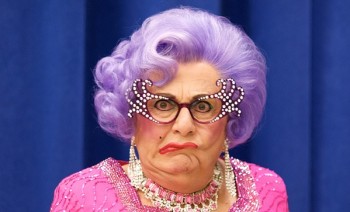 Whilst I don’t condone the exposure of young minds to extreme violence, whether that be in films or video games, the very fact that Facebook and WhatsApp are mentioned in the same breath as violent video games, illustrates quite clearly that this group of head teachers (and many more besides, I would hazard) is in severe need of a reality check. 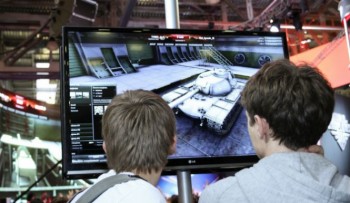 Mum and Dad are catching up with the latest in their favourite TV soap and the kids are doing what kids do in their rooms. There’s a knock on the door, it’s the local police asking what their children are doing right now as they have reason to believe that they may be playing Grand Theft Auto V, which is of course an 18+ rated game. Cue similar police raids all over the country from police forces already stretched to the limits maintaining law and order in an increasingly dangerous world. Imagine then that the local police finally gain entrance to childrens’ dens and find them catching up with Breaking Bad or Sons of Anarchy and the swat teams look at each other and mutter ‘Oh that’s alright then..’ and stand down.

This kind of move crosses the line in so many ways and can only succeed in driving a huge wedge between parents and children and negates yet further parents’ direct responsibility for their own children. My stepson, now 18, is a huge video game fan and has played most of the games cited as dangerous and violent as well as having watched entire series’ such as Breaking Bad and the only effects I’ve noticed are the usual teenage awkwardness and a tendency to utter ‘Yo bitch!‘ and ‘Bounce!‘ at regular intervals. 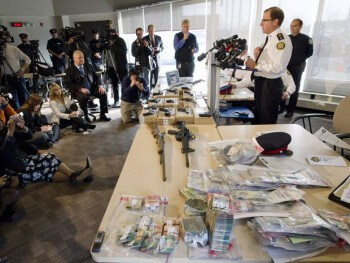 I can just imagine being in a police briefing room on the morning this measure was announced and seeing the faces of the policemen who, the previous morning had been briefed on a very dangerous meth gang operating in their area together with an ISIL terror alert warning of random suicide attacks that could occur at any moment in or near their town. I imagine that they would be dumbstruck at the idea of policing youngsters and their parents in their own homes and even less impressed at the thought of having to detain them.

Give us all a break!

Nanny State: protecting you from yourself.

With the nanny state gaining more traction as the years slide by, one wonders how much more responsibility will be laid on our already overburdened teachers, who not only are forbidden to give an upset pupil a reassuring hug for fear of sexual demeanours, but are now expected to shop them to the local law enforcement and child welfare agencies. Imagine then that you are a responsible parent and wherever possible you try to shield your ten year old child from violent video games, but without becoming the tyrant you try so hard to avoid being. Somehow, your child sneaks a copy of The Evil Within into his room, brags about the game at school and is overheard by one of the teachers who later phones the cops and social services. Next thing you know, your ten year old child is being dragged away from you and you are being charged under some grey federal legislation, of being neglectful. That of course, would be the next logical step.

Quote from a teenager:

“I played Double Dragon II at home when I was 10 and my mom said “you know you shouldn’t ever hit a woman right”. I replied “mom its just a stupid game”.”

What’s your take on this extraordinary story?

How would you feel about being reported to the police for neglecting your duties as a parent?