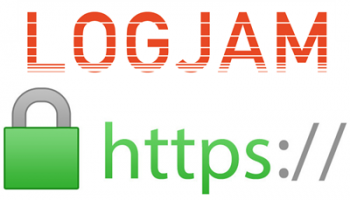 A new vulnerability known as “Logjam” which allows the exploitation of secure TLS connections has been uncovered and it affects most popular browsers. Here’s how Weakdh.org describes it:

The Logjam attack allows a man-in-the-middle attacker to downgrade vulnerable TLS connections to 512-bit export-grade cryptography. This allows the attacker to read and modify any data passed over the connection. The attack is reminiscent of the FREAK attack, but is due to a flaw in the TLS protocol rather than an implementation vulnerability, and attacks a Diffie-Hellman key exchange rather than an RSA key exchange. The attack affects any server that supports DHE_EXPORT ciphers, and affects all modern web browsers.

Browser developers are supposedly in the process of preparing updates but, at the time of writing this article, I checked the three major browsers I have installed and both Firefox (38.0.1) and Chrome (43.0.2357.81 m) were both reported as vulnerable. Somewhat surprisingly, Internet Explorer (11.0.9600.17801) was the only one of the three given a clean bill of health.

How to Check Your Browser for the Logjam Vulnerability

There are currently two sites you can visit to automatically check your browser for the Logjam vulnerability:

How to Fix the Logjam Vulnerability in Firefox

According to reports, the Logjam vulnerability won’t be patched in Firefox until the release of version 39. However, a temporary fix has been published on the Mozilla forum for Firefox users which involves accessing “about:config” and disabling the ssl3 protocol:

I applied both changes myself and visited the two aforementioned sites again, both reported a clean bill of health.

For any browsers that are being reported as vulnerable, I strongly suggest users keep a close eye out for updates and apply same as soon as they become available.

More information here: The Logjam (and Another) Vulnerability against Diffie-Hellman Key Exchange  – (security expert Bruce Schneier reports that the vulnerability may have been exploited by the NSA)