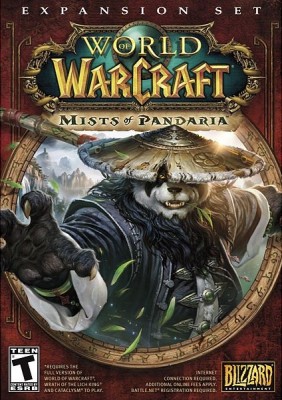 It’s been a couple of weeks since I last posted an article.  Since then, the fourth expansion to Blizzards World of Warcraft has arrived.  In Mists of Pandaria, I have leveled one of my characters to the new Level 90 Cap, prepped a few other characters to begin leveling, and am still participating in the Brewfest Holiday to obtain the new rewards.  And I still haven’t even touched the new level 90 content.  So, why would new players want to start, and why would previous players want to return?

It was not unexpected that Blizzard would lose subscribers in the lull between that last patch and the release of a new expansion.  Since falling from a high of over 15 million subscribers in 2010 to 9.1 million in the 2nd quarter of 2012, many reviewers have been forecasting the demise of World of Warcraft.  In the first few days after the release, there was an abundance of news stories pointing to a report detailing extremely low figures of retail sales of Mists of Pandaria, which basically said that less than 1 million units were sold.   However, these early reports failed to take into account that Blizzard was embracing the future of games with a digital delivery system which both reduces costs (production, packaging and delivery), and therefore increases profit.   Ultimately, we needed to wait until Activision, Blizzard’s parent company, released their internal figures.   The results:  On October 4th, Blizzard announced that digital sales outnumbered retail sales 4 to 1, and that in the first 24 hours, Mists of Pandaria had pushed 2.7 million units.   In addition, subscriptions are back up to over 10 million.

It is not unexpected there would be a boost immediately following a new expansion release.  But the question now becomes, will the expansion be a ‘hit’, keeping subscriptions up and allow the franchise to continue?  Well, that depends on both the quality and quantity of the new content.  There are SO many new aspects built into Blizzard’s fourth expansion to the popular World of Warcraft franchise, that it is impossible to review and critique it all so early into the expansion.

There are many top 5 and top 10 lists around the inter-webz.  Here is a quick average of those lists:

In fact, there is so much new content, any top 10 list I’ve read barely scratches the surface.   The devs put together a video showcasing some of the new content with the following description:

“We’ve been hard at work preparing one of the biggest content updates World of Warcraft has seen, giving you more options in Mists of Pandaria for how to spend your time playing than ever before. See for yourself what the latest expansion has to offer in this overview showcasing eight zones, seven scenarios, nine dungeons, three raids, two battlegrounds, one arena, three hundred daily quests, monks, pirate monkeys, and so much more!”

And…guess what?  Even after all that, there is yet more new content not described in the list or the video.

It’s all about expectations: 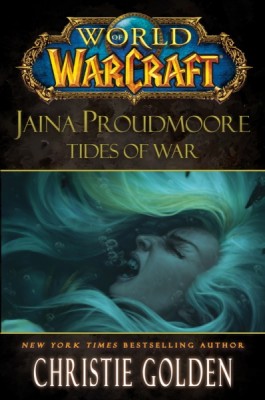 My expectations were lowered just prior to the Mists release as a result of The Battle for Theramore.  Christie Golden’s book, Jaina Proudmoore Tides of War, had me greatly anticipating what was sure to be an EPIC pre-release event.  Past pre-release events were always EPIC, from World Bosses and Elemental Invasions of the major cities, to floating citadels and rising un-dead throughout the land.   This book was one of the best books in the franchise I have read so far.  Then the week prior to launch, Blizzard gave us a level 85 Battle for Theramore Scenario sneak peek.

Underwhelming.  Disappointing.  Lame.  These were a few of the less harsh words tossed around some of the gaming forums.  The official forums very quickly filled with heated discussions by gamers who felt let down by the event. But it turned out that the Blizzard devs had decided not to have an actual pre-launch event this time around.  And the Scenario preview was basically a level 90 Scenario that had been heavily nerfed to allow level 85 characters to play it; and it was merely intended to be a sneak peek only.   The devs had scheduled some AMAs (Ask Me Anything), and the Theramore Scenario was a much asked topic.  What the developers took away was that players wanted more context about the Scenario, perhaps in the form of lore-type quests before or after the Scenario, rather than just being blindly thrown in.   Their best response was:  “Lesson learned.”   But they did state that their reason for not having a genuine pre-release event was that they were focusing on the expansion content, and they promised the new content would make up for it.

Based on comments in forums and discussions with players prior to the release, it seemed to me that some were off-put by the overall Asian feel to the new expansion, the inclusion of a Panda race, and the incorporation of a Pokemonesque sub-game.

Some considered that Blizzard was just catering to its Asian audience.  My response is:  yes, they are, but that’s a good thing.  Much of the lore in World of Warcraft is based on aspects and portions of existing legends and stories in our world.   But until now, the lore was mostly European and Scandinavian, with a touch of African.  The feel of the new expansion touches deeply in Asian legends and lore, which I’m sure the Asian audience will appreciate.   But these new stories within the expansion are easily accessible to any player, and it creates some highly enjoyable content.

Yes, the Pet Battle system is a kind of Pokemon.  Maybe not an original idea, but the incorporation of it into an existing MMO is.  And yes, it is a complete diversion from all the other things you could be doing in the game.  But, isn’t that was a game in general is?  A diversion from something else you could be doing — like reading a book (Jaina Proudmoore), or watching a movie, or even going outside?  The Pet Battle system is here, but it is merely another option — something else to do.  No one can deny that Mists of Pandaria offers a LOT to do.

And probably the last gripe was the dancing.  Yes, dancing. Each race had it’s own dance typically modeled after a famous, or infamous dance.   For example, female humans dance the Macarena.  Well, the Pandarins bring 2 new dances to the world, which I’ll let the following video describe.  Personally, I like the male dance.[youtube]http://www.youtube.com/watch?v=gq79E0DLc4Y[/youtube]

My take on Mists:

Do not be dissuaded or discouraged by the above.   In Mists of Pandaria the landscape and scenery is simply gorgeous.  One of the things I like best about questing in Pandaria was the massive amount of dialogue voice-work done throughout the zones, as well as the awareness and interaction of NPC’s with each other.   If what you want to do zoom through the quests in a race to level to 90, you can certainly do that.  But if you follow the male Pandaren’s advice and “Slow down”, you will be treated to wonderful interactions that lead to an overall compelling story.   Also, if you are racing to get to 90 instead of enjoying your time, you might miss some of the “Rare Elite” mobs that spawn around the zones.   While these mobs are indeed rare, there are so many of them that one or another seems to be available every few hours.

Also one of the absolute best things about this expansion is that it is not entirely clear what the point of the expansion is.    In the second expansion, the Burning Crusade, we all knew that Illidan was the end-goal. In Wrath of the Lich King, it was the Lich King, and in Cataclysm, we all knew we were heading towards Deathwing.   But what about Mists?  There is speculation.   We do know that this expansion is supposed to refocus both primary factions into warring with each other — reigniting the PvP flames.   Some suggest that the leader of the Horde, Garrosh Hellscream, will be the final target of this expansion.   He’s definitely taken on a more sinister demeanor and resorted to using weapons of mass destruction in the nuking of Theramore.  But, so far, we don’t really know where Blizzard is taking us, and the guessing adds to the mystery.

So far, this has been the best expansion released by Blizzard to date.  Rather than cater strictly to the elite players by making dungeons harder, as they did in Cataclysm, the starting dungeons are a bit easier, but they offer hard modes for those who want the challenge.  There is just so much to see and do that — I simply don’t have time for it all.   Even for players with only one high level character, you have options and will not be able to race through all the content quickly.  If you ever enjoyed playing WoW, you will definitely enjoy it now.

That said, if you are a returning player, you will need to learn the new talent system, and will generally need to re-learn how to play your class.  I recommend reading the class guides at Icy Veins website, and when you’ve reached the Level Cap, start using Ask Mr. Robot for gear recommendations.

If you are new, well, don’t worry about any of that yet.  You will get introduced to the race/class of your choosing and will learn your class as you have 90 levels to go before you can even begin considering end-game content.   Blizzard has stream-lined the experience, allowing you to quickly level your toon to get to the end-game scenarios, if you wish.  But this is not required.   Pick it up, try it out, and see what all the buzz is about.

One for my level 90, and one for each of my 85’s ready to embrace the Mists of Pandaria.

I’ll leave you with some reference videos for the racial dances you will find in World of Warcraft.