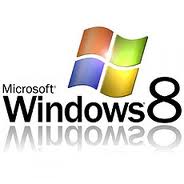 Reports are circulating that Microsoft is planning to debut Windows 8 Beta in Barcelona on February 29th. Nothing has actually been confirmed but events do appear to backup the assertion. Microsoft has always claimed it would release Windows 8 Beta (what it refers to as the ‘Consumer Preview’) late February, and February 29th just happens to coincide with a huge trade show for mobile gadgets being held in Barcelona.

Furthermore, Microsoft very recently issued press invitations to attend the “Windows 8 Consumer Preview” –  while the invitation doesn’t actually mention the preview’s debut, it only makes sense for it to occur during the event in Barcelona.

In further news relating to Windows 8 Consumer Preview: An article published on The Verge website has revealed a list of top notch games that will be available via Windows Store…

Microsoft is readying its Windows Store for a public preview and the “Consumer Preview” version of Windows 8 will provide access to a number of launch games for the company’s latest operating system. A source familiar with Microsoft’s plans has revealed a list of games that will be available in the preview version of Windows Store.

If you are at all familiar with these games, you will recognize that  they are not only popular, but also come from top notch development houses. This augurs well for the success of Windows 8’s, it has been well-documented that the most popular “apps” in any ecosystem are games. If Windows 8 is to make any kind of impact on the mobile market it’s imperative to demonstrate, right from the outset, that it will be offering high quality games to consumers.