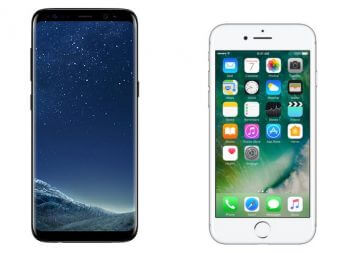 Like a long running marriage breakdown, akin to a Burton-Taylor novella, Apple and I finally parted ways no more than three weeks ago – for the second time I might add – in an often acrimonious and bitter war of tastes. It had been no more than an arranged marriage really, having been thrown together on a must-needs basis; very much a state of convenience if you like. And boy did we argue; usually due to her stubborn, one dimensional view of the world, whereas I always preferred a more open, flexible marriage, not bound by fixed boundaries and constant nagging. Of course, the killer for her were my constant wandering eyes and if it weren’t for the timely intervention of a family member, we may still be rolling around on the floor knocking ten bells out of each other. 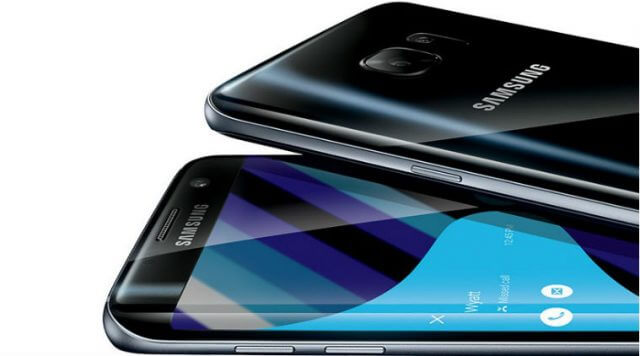 You see, I’m a curve man and my wandering eyes were immediately seduced by the Galaxy S7 Edge which made its graceful entrance onto the world’s stage some fifteen months ago, when I was still in a long term relationship with my old flame, the Galaxy S3. But old habits die hard and when I acquired the unloved (and practically unlovable) iPhone 6S last November, my lust for curves grew ever stronger, which is when the breakdown began to manifest itself.

I acquired the iPhone 6S 64Gb last December, after my wife’s son came back from a European trip sporting a brand new iPhone 7, which coincided with my wife’s Motorola Razr D3 packing up temporarily, forcing me to give her the S3 and beggars can’t be choosers… or can they? Moving from the tried and trusted Galaxy S3 to the iPhone was a revealing experience. It’s fast, the camera is pretty good, it has 4G (LTE) and the Apple Lightning reversible connection knocks the spots off USB-C and is a detail one notices immediately.

The simplicity of a reversible spade connection takes user friendliness to new heights, especially when you consider that connecting and reconnecting the phone happens several times a day, unless you have a wireless charger. Quite why USB-C couldn’t have been designed along similar lines is beyond me, especially when you consider that Samsung has never been backward in the imitation game. Strange as it may sound, this is the one stand-out iPhone feature that really cut it for me… and then I began to use the phone. The first thing that struck me was being unable to start using the iPhone without a SIM card installed for phone activation. Granted, I had a SIM card already, but it appears that this is an ‘out of the box’ requirement for all iPhones, although there are ways around it. Then the nagging started. Much that I appreciate security features, I found that getting the phone up and running became an obstacle course of security codes, two step authentications and the obligatory signing up to that abomination known as iTunes; an experience I would rather forget. But I was stuck with it, at least for the time being, so I soldiered on hoping the iPhone would reveal some hidden magic. 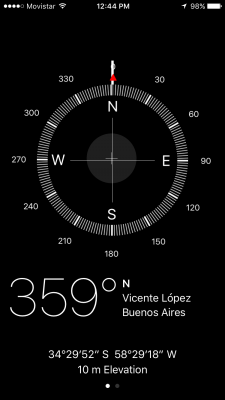 Comparing the iPhone to the Galaxy S3 is rather pointless, although I did do this in an article last October called Apple iPhone 6s vs Samsung Galaxy S3. In hindsight, I would add that the compass and camera, not to mention the speed of the device, are top notch and as I’ve already mentioned, the USB connection is brilliant. Unfortunately I found the rest of the experience dull and uninspiring for many reasons, not least the inability to customise the device in the ways one can with an Android phone, at least without Jailbreaking it, which I wasn’t inclined to do since I didn’t expect my wandering eyes to allow me to hold on to it for much longer. The default compass is really rather good and there’s no faulting the camera, which takes some superb photos. 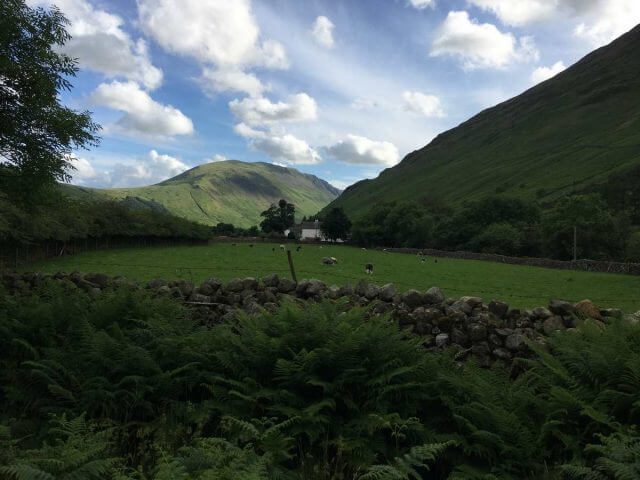 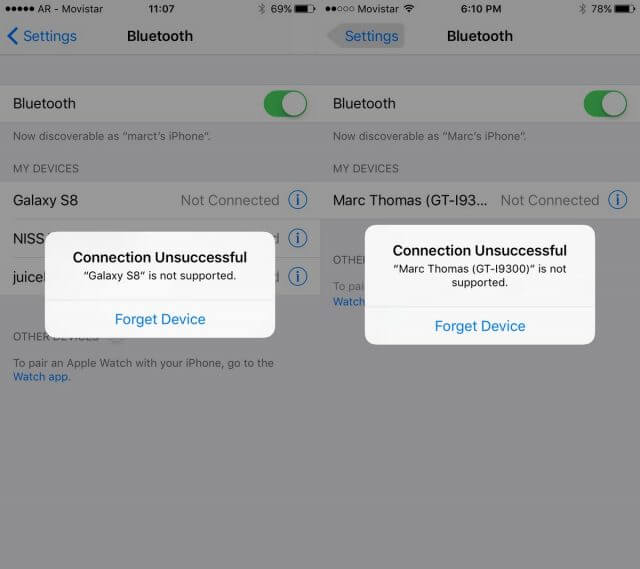 Possibly the most annoying feature about the iPhone for me, just behind iTunes, was the Bluetooth connectivity, which was hit and miss at best and an aspect of living with the device that I’d rather forget. And why is it not possible to toggle data on and off? A simple feature, which can be circumvented by going into airplane mode, I grant you; but irritating nonetheless. Personally I found the entire eight months of living with the iPhone to be dull, uninspiring and straight-jacketed.

And then the Galaxy S8 arrived on the scene… 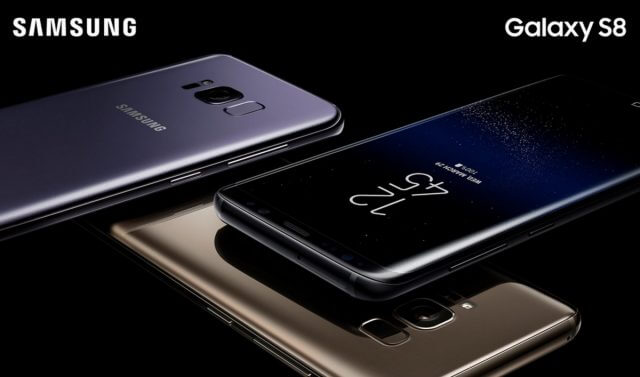 During a trip to England last month I had already formulated nefarious plans to acquire a Samsung Galaxy S7 Edge, so imagine my surprise when my brother presented me with a box to open on my birthday which contained none other than a Galaxy S8. To say that I was gobsmacked would only be touching the surface. Unboxing it was a delight and at first sight it’s clear to see how Samsung has stolen the lead from Apple when it comes to building devices that stand out from the crowd, are new and exciting and are packed with easy to use, customisable features. I knew as soon as I picked it up, switched it on and saw the welcome screen (without having to insert a SIM card) that I was in for a treat and I wasn’t disappointed. 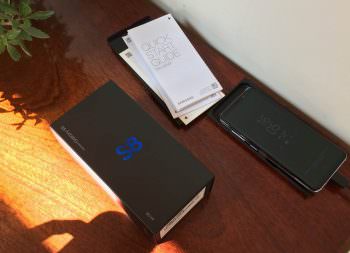 Within seconds I was at the home screen (having skipped account login, leaving it for later) with no annoying and utterly pointless security hurdles, admiring the beauty of the 5.8″ curved Infinity Display and grinning like a Cheshire Cat, knowing that I’d returned to the open and free universe of Android with possibly the most desirable phone currently available. Naturally, the iPhone was instantly tossed to one side as a dull and uninteresting chattel, whilst I got on with the more serious business of acquainting myself with my precious new shiny thing.

Just about the only thing the Galaxy S8 won’t do is take a photograph of itself, but I’m sure Samsung is working  on that. In the meantime, I’ll leave this picture taken by a Motorola Razr D3 (which is all I had to hand) and hope to have an overview of the Galaxy S8 ready just as soon as I’ve explored the many features this remarkable phone is capable of.