This morning I was reading a gaming article and these two words literally jumped off the page and into my mind. I love different ways of forming words and terms, so I needed to discover what this meant. But before hitting Google I tried a few wild stabs; ludo (ludus) is Latin for games, narrative is self-explanatory and dissonance means out of tune or lacking in harmony. So that would be, games narrative out of harmony, or words to that effect.

Now it makes sense and yes, I can see why this pompous description has come about because, in some games, the central character can appear to be the kind of person you would invite for tea and crumpets with your grandma, but in the next second they can turn into a psychopathic killer.

Clearly, I’m a big Tomb Raider fan and have been since the late 90s, but it’s only recently that I’ve given any thought to Lara Croft as a character. In the Core Design era — Tomb Raider I to Angel Of Darkness — she would raid tombs, find secrets, solve puzzles and if confronted by an enemy — animal or human — she would fight her way out with dual pistols and other lethal weapons. When Crystal Dynamics took over the franchise in 2003, she was given more personality and a touch more backstory. Then in 2013 when the reboot was launched, she really did become three-dimensional, with her late father, Lord Croft, showing himself as a huge influence on her life, but not always in a positive way. In fact, her father began to dominate Lara’s narrative to such a point where it became irritating, but that’s another matter.

So, we have this guilt-ridden young lady emulating her father, raiding tombs around the world, confronting deadly mercenaries with her equally deadly weapons, while at the same time being welcomed as part of the family by long lost tribes in Mexico and Bolivia. She becomes a kind of benevolent saviour, helping the villagers in different ways and befriends the tribal chiefs, with displays of empathy and kindness. In the reboot trilogy, she becomes a woman with all the burdens of the world on her shoulders, many of which are related to her father’s untimely death, but between the action scenes, she’s not the vicious killer that she always was in her previous adventures. Neither does she openly exhibit blood-curdling vengeance or a desire to kill, which is precisely where the ludonarrative dissonance creeps in. 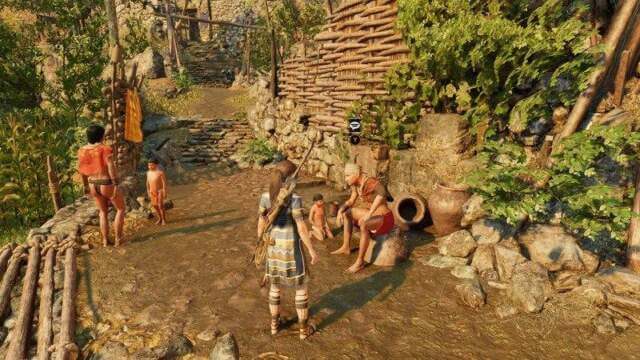 It’s important to point out here that I’m not in the slightest bit bothered by this disharmony in any of the Tomb Raider games because I accept the narrative that Lara is going to defend herself and kill her enemies. Tomb Raider is, after all, a third-person shooter, when all is said and done, and if she doesn’t mow down the enemies, she dies a horrible death. But I do see the meaning of the narrative disharmony which is present in many games and is hard to avoid in certain storylines. It’s possible to describe Lara Croft as an antiheroine — she acts out of self-interest and is often ambiguous, but as a player with control over her, you are not empowered to make any of those choices for her because the game is not an RPG — a game genre where you are often given important decision choices. Deus Ex is a prime example of that kind of free will.

The term ludonarrative dissonance was first coined by game designer Clint Hocking (ex-Ubisoft) in his 2007 blog when writing about the game, Bioshock. In that game, the player can make choices using their free will which will ultimately dictate the game direction. However, there comes a point during the game when the player can only take one given path, ultimately stripping away any notion of free will.

So there you have it. Ludonarative dissonance is a clever term to convey in-game contradictions and ultimately will always be present in many video games by their very nature.